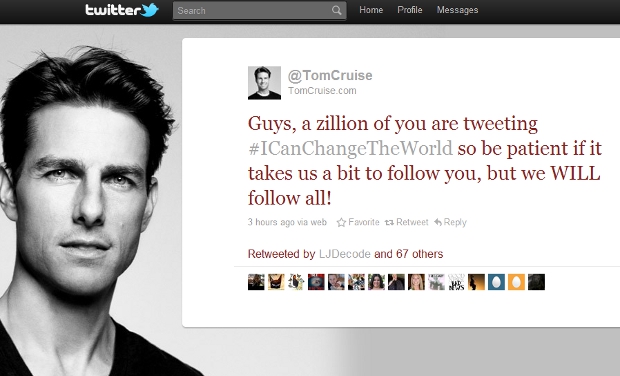 Digital business card app provider MyNameIsE has today announced that it will be renaming its product to Cardcloud and is launching a revamped app for even easier business card spreading. The new name better explains the company goal: to move your digital business card from paper to the cloud for easier sharing.

The most important change as far as I can tell is a new focus on sharing your own business card with others without having to worry whether they have the same app installed or not. I had a chat with founder Renato Valdés Olmos this morning to find out more about their plans and the future of business cards.

Boris: You are relaunching My Name Is E today and renaming it Cardcloud. Is the new name based on any new functionality you are planning to offer or did you just get bored with the old name?

Renato Valdés Olmos: There’s two answers to this question really. First is that we have a big vision for where we are going with our product. Cardcloud embodies that vision, and it seemed only suitable for us to name rename our company that way. Second is that although we’ve always personally liked E, the name is very vague and just not very descriptive. Cardcloud makes sense where E just didn’t.

Boris: Yeah, I never understood who E was. Many companies have tried to eradicate the paper business card but none have succeeded. Why do you think other companies failed at this?

Renato Valdés Olmos: We have tried in a couple of ways before as well. First through a costly NFC/RFID hardware product, and a mobile app based on that. There’s a couple of fundamental issues that everybody has been overlooking. If you look at the paper business card (what we consider our main competitor), there are a couple of aspects essential to the success of the medium. First is the pure elegance and ease of use of transferring contact details. 3 gestures: reach inside your pocket, grab a card, hand it out.

Boris: Yes, Before you have opened up the iPhone, launched the app and persuaded the other person to do the same I have exchanged 10 paper business cards and bought everyone a beer too. Isn’t paper just easier?

Renato Valdés Olmos: Yes, that’s an important factor – and that won’t be overcome in a day. It’s becoming easier and easier to transfer contact information with each new device or technology that’s being adapted. And we’ll always try to stay ahead of the curve. This is not a problem that will be solved overnight, we see it as a transition reminiscent of the move from physical audio to digital. Or from paper to ebooks.

The second issue is that a paper card is a status symbol. A well designed card with a beautiful logo, heavy paper, perhaps some embossing leaves a big impression. But more importantly: everybody (including us with the hardware) has approached the digital business card solution with one fatal design flaw: the need for critical mass.

When I want to exchange contact details with Cardcloud, I should be able to do that with anyone, and not be relying on both parties having an app installed. Compare this with paper cards: only one party needs to hand over a piece of paper so a ‘connection’ is made. That’s why on the short-term, we’ll be focusing on making sure that users feel comfortable leaving the office with our app instead of their stack of cards. And making sure that they can share them with anyone who’s got an email address.

Boris: You have switched from replacing business cards to enhancing them, true?

Renato Valdés Olmos: Switching from replacing to enhancing them? Yes and no. We still want to replace business cards, but we’ve become more realistic about how much work that will actually take. The only way to replace paper cards is to play well with them. “Keep your friends close, and your enemies closer.”

Boris: Call me arrogant but often I don’t even want to exchange business cards. I just want to receive them…

Renato Valdés Olmos: Yes, our app should be perfect for you as you’ll only have to tell other people your email address and they will be able to send you their vCard. But no, enhancing the business card is what’s interesting on the long run. Cardcloud right now transfers contact information as a universal vCard (each transaction is based on that so our card can be stored on all devices/apps) with a visual and a contextual layer.

The visual layer is quite simple today. You get the basic design with the possibility of adding a logo and your profile picture. But we see the need for customization more than anyone – so you can look forward to being able to customize your card to your liking.

The contextual layer currently consists of a timestamp and geolocation. We’ll remind you when and where you’ve shared a card, apart from with whom. We’ll be adding more details to that context in the near future. Think conferences, events, and much more.

Boris: Peter Drucker once said that for one technology to replace another it would have to be 10 times better. Although I see some incremental improvements in digital vs paper they are mostly incremental.For instance, I’m wondering how useful the meta data really is. Geolocation is cool but if I really can’t remember where I met someone you could argue that apparently the encounter didn’t leave an impression behind?

Renato Valdés Olmos: Geolocation is just a starting point for us. We’re really interested in how much contextual information we really can record around each new contact you’re making. That’s doesn’t just en with geolocation, but also relates to user actions. To give you a practical example: For people in sales & recruiting, one of the most important factors of their daily tasks is to follow up with potential customers or hires as soon as possible. Their operations are fast paced and highly competitive. We’re building in features that allow them to do just that. Ratings, automated follow ups – and more functionality that doesn’t just apply to this specific use case of course.

And one technology replacing the other is definitely true to some extent. What people tend to forget is that it takes time to get something right. I personally feel that software evolves and grows, just like people do. The same goes for companies. No success is achieved overnight, although media might make it seem like that. One technology replacing the other is a combination of both execution and timing. And the problem we’re solving is one that will take time.

Boris: As they say “It takes 4 years to become an overnight success”? You first presented your solutions at The Next Web Conference 2008. You have been struggling with this for a while now. Did you raise funding earlier and how much longer can you last on that?

Renato Valdés Olmos: We presented our initial ideas in 2008, and started working on hardware in 2009. We took what we learned from that period, and actually started a completely new company in the spring of 2010. We raised a small seed round that will allow us to continue for most of this year, but we are currently trying to close a round of funding that will allow us to execute our vision, bigger, better and faster.

Boris: That is good news. How much is the new round?

Renato Valdés Olmos: I can’t disclose that yet except that it will be a US/Europe based round.

Boris: Let us know when you can disclose more. I always feel conflicted about your company. I love it when stuff gets digitized, but not for the sake of digitizing. I’m still not sure I see the benefit of digital business cards. What do you think will be the killer app for this industry? What will win me over?

Renato Valdés Olmos: Knowing that the team behind this understands the elegance of a well designed piece of paper that does it’s job. We want to create a digital solution equally elegant that makes you go ‘wow’ after you see what’s been happening in the background: eventually it will be much bigger than ‘just’ business cards.

Boris: You compete with paper but also with just the embedded functionality of modern phones. I just returned from a conference and didn’t bring business cards. I just opened AddressBook, selected my own name and then shared my contact details via the “Share Contact” button in the app. Not many people know that is possible but not many people know about Cardcloud either. Aren’t you looking to solve a problem that isn’t really a problem?

Renato Valdés Olmos: We don’t feel that sharing a vCard from your address book is enough (plus, it really is faster to do that through our app). Try sending a card from Cardcloud to an email address and see how the recipient is wowed as they receive the card, with your logo, social networks, picture and even geolocation directly on their phone. Oh and yeah, a vCard that they can store immediately as well.

We’re not only trying to solve a problem, but trying to change behavior.