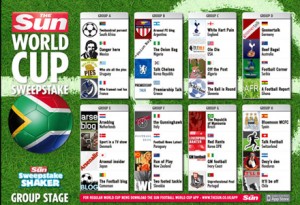 Storific, the startup aiming to cut waiting staff out of the equation by allowing customers to order directly from their phones, has today emerged from private beta, meaning that any establishment can sign up to start accepting orders via the app.

As we reported back in December, Storific is a simple idea with big potential. The service takes to form of an iPhone app that users can load up in supported restaurants. They can view the menu and order directly from the app, meaning that there’s no time wasted while the waiter gets around to your table.

The service has been operating in test mode for three months, with fifty businesses trying it out across fourteen countries. From today, any restaurant, bar, cafe, nightclub or hotel can sign up and start using the service immediately. Three pricing plans are available, starting at $49 per month for ten tables and 150 orders per month, up to a $99 per month plan that supports unlimited tables and orders. Storific can also offer a white label solution whereby its technology can by built into a business’ own website or iPhone app.

At present, the Paris-based startup’s only revenue will come from the monthly fee charged to use the service, but future plans include allowing users to make payments directly from the app. When this launches, Storific will take a small cut from each payment.Storific recently raised $200,000 in seed funding from KIMA Ventures.

Storific sounded like an exciting proposition when we first heard about it and now it’s fully live it will be interesting to see whether it lives up to its highly disruptive potential. You can download the app for free from the App Store here, although you’ll have to wait until it’s supported at your restaurant, cafe or bar of choice before you can take advantage of it. An Android version is planned for the near future.