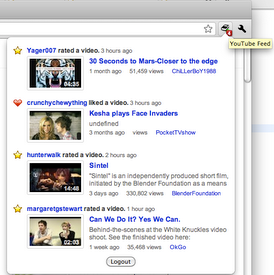 Fitness apps are hot stuff right now, with plenty of buzz around apps like Runkeeper. Now Danish startup Endomondo, which offers a similar experience to its better-known rival but focuses on social features to help motivate users, has raised $800,000 in its first major round of funding.

The company plans to use the funds to hire more developers as it continues to push its social emphasis. “From day one, we’ve focused on how to make sports more fun,” explains co-founder Mette Lykke.

There’s already plenty of that built into the service. While it’s designed to be used alone, users can race against friends’ times or on popular local routes, with an audio “coach” offering voice-synthesised tips on how to improve their times. Meanwhile, friends can track your workout online, sending messages of encouragement (or “trash talk” to put you off), which are transformed into audio messages with the app’s voice relays to you. “Socialising sport is important for motivation.” says Lykke.

Lykke feels that the time is right for the company, which is already available on seven mobile platforms (iOS, Android, RIM, Symbian, Windows Phone, Windows Mobile, Java) and has users in 200 countries, to make its mark. The technical factors (“When we started, GPS was built into about 7% of phones. Now it’s more like 60%”) and the popularisation of mobile apps mean that Endomondo is well placed to capitalise on growth in the mobile health and fitness field.

Read next: Google Reportedly to Launch 'Google Me' in May [Updated]