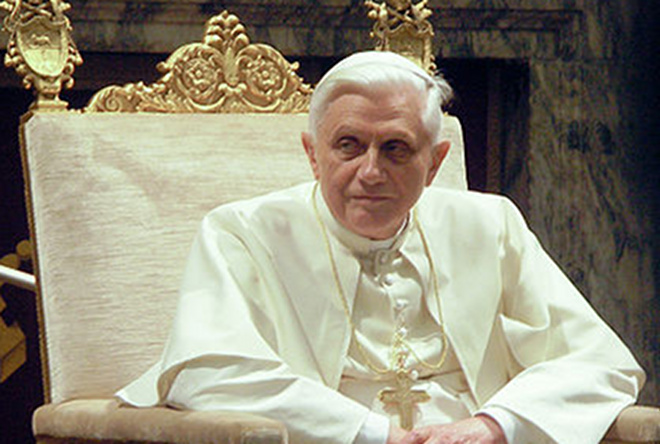 The Pope has made it a tradition to discuss the rights and wrongs, as he sees them, of social media in his annual World Communications Day message, and this year is no different with honesty and integrity online being his main themes.

In his address, the 83 year-old leader of the Catholic church seems surprisingly tuned in to a popular topic among social media watchers – is it better to use your real identity online or a fake one? According to The Pope, honesty wins out every time. He discusses “The risk of constructing a false image of oneself, which can become a form of self-indulgence.”

“Entering cyberspace can be a sign of an authentic search for personal encounters with others, provided that attention is paid to avoiding dangers such as enclosing oneself in a sort of parallel existence, or excessive exposure to the virtual world.

In the search for sharing, for “friends”, there is the challenge to be authentic and faithful, and not give in to the illusion of constructing an artificial public profile for oneself.”

Meanwhile, he appears to argue against “linkbait” publishing that puts audience size over truth. “We must be aware that the truth which we long to share does not derive its worth from its ‘popularity’ or from the amount of attention it receives… The proclamation of the Gospel requires a communication which is at once respectful and sensitive.”

To me, that sounds like the kind of blogger ethics that have existed for many years. While I imagine that some bloggers may hate to admit it, there’s actually quite a lot in common between religious values and the way bloggers like to treat each other. It all tends to boil down to “Love thy neighbor”, however you look at it.

Overall, despite warning against its dangers, the pontiff appears to be pro-social media, stating “I would like then to invite Christians, confidently and with an informed and responsible creativity, to join the network of relationships which the digital era has made possible.”

Whether you hate him or love him, it appears that the Pope is down with social media… or at least his advisors are.

Read next: Forget apps, OnSwipe is the future of publishing.