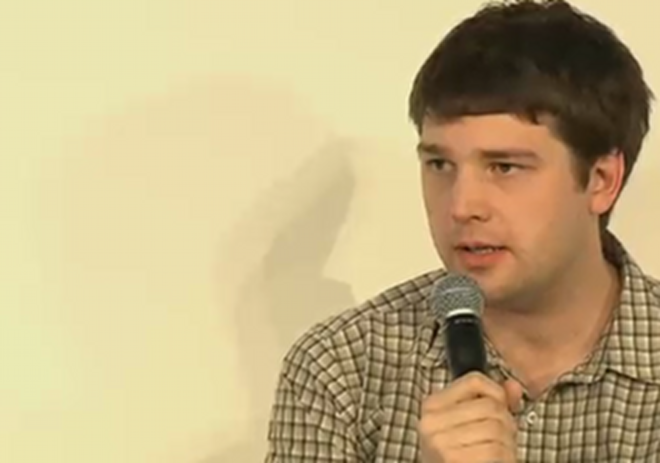 Group buying service Groupon hopes to be known more as a technology company than a sales and marketing company in 2011. Meanwhile, it hasn’t made its mind up on whether to go public, despite having turned down a reported $6bn offer from Google.

Speaking during the Local Markets panel event at DLD conference in Germany today alongside journalist Kara Swisher and Foursquare’s Dennis Crowley, CEO Andrew Mason said that increased  personalisation of deals would be a big focus for the company as it develops its service further.

Mason refused to comment why negotiations with Google didn’t end in a purchase. Explaining that he knew it made him sound like a “Corporate douchebag”, he likened discussing private negotiations between companies as being similar to a “Kiss and tell”.

Although undecided on a specific route for the future, he said that one of his biggest challenges at present was “managing expectations” and keeping staff level-headed in the midst of hype around the company’s $15bn valuation and rapid growth. He described all-hands meetings as morbidly sober, with staff having to be (metaphorically) “beaten with sticks”. “We still have a long road ahead”, he said.