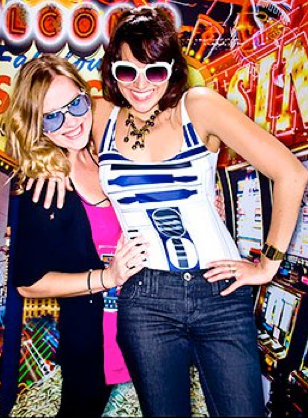 David Ko, the new SVP of Mobile at social gaming giant Zynga is currently onstage at the LeWeb conference in Paris where he’s been discussing what he calls “The next great frontier”, mobile social gaming.

Following the company’s recent acquisition of Newtoy, the We Rule, Words With Friends and Chess With Friends developers (now renamed Zynga With Friends), the company is starting to look beyond iOS (where Farmville is already a success) to other mobile platforms.

Kicking this off, Ko said that Mafia Wars will be coming to Android this month. Ko, who has only been in the job one month, says he knew Zynga needed to make a move on Android quickly when he started the job and that there will be more to come from Zynga on Google’s platform.

Zynga is expanding into Japan and going straight to the mobile market there. ‘Farm Village’ (as Farmville is called in Japan) is currently available for smartphones, although it will be moving onto other lower-spec feature phones as it looks to provide the best fit for the market.

In terms of mobile monetization, Zynga is leaving that to the future. For the time being, the company is growing market share and honing its mobile user experience.

Read next: Mozilla: The Key To The Browser Is Individuality