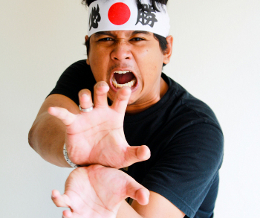 According to Mitchell Baker, Chairperson of the Mozilla Foundation, the key to future of browser technology is making a browser unique to the person that uses it, giving control back to the user and allowing them to make the web for themselves.

Baker, speaking on stage at LeWeb 2010, is concerned by the current trend where companies are “duplicating the Apple model”, building products and sometimes services that do not fully integrate back to the web. Speaking of Mozilla, the company wants to establish a new model where apps can integrate back to the web, with HTML5 currently able to help developers do just that.

Mozilla is already developing platforms that allow coders and designers to pull in live content from around the web, without using proprietary tools like Flash; Baker demonstrated a video showing that developers can bring in tweets, web videos and external content via a WebGL interface (embedded below).

When asked what Mozilla felt about the rise of Google’s Chrome browser and the sudden rise of Microsoft’s Internet Explorer 9 browser, Baker noted that she believed the differences in browser speeds are now minimal, speeds are barely noticeable between Firefox, Chrome and other browsers.

Baker also welcomed innovations from Google and Microsoft, acknowledging what the two companies were doing to further browser technology. She explained that Mozilla’s main aim is for a better web, not to destroy its competition, and that by innovating the browser, users are the ones set to benefit.

In the future, Mozilla hopes to create a platform that puts the user in control of their browser, not adding services like RockMelt and Flock are currently focusing on. Baker believes the user should be able to customise their own browser, whether it means removing toolbars and back/forward buttons or being able to search from a browser address bar, the browser should let a user choose which functions are most important so they don’t need to choose a specific software over another just because it has one “killer” feature.

To do this, Mozilla wants to make its platform ubiquitous, offering the same experience across different platforms but also over different browsers. Where Google offers applications via its Chrome Web Store, Mozilla wants apps built that can work on any browser, on a mobile handset or even on the web all at the same time.

The Mozilla Foundation holds a unique position, it fights for a better web, not to push its own services or operate within its own confines. By welcoming competition, it plays a key role in pushing forward the moden-day browser.

Read next: Will the Samsung Galaxy S get Android 2.3? Not even Samsung knows.