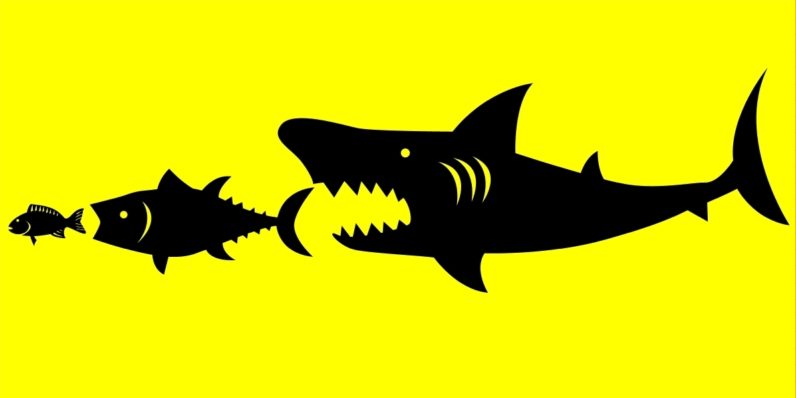 2016 has been quite a year, and has spared no one its many, many surprises. So too in tech we’ve seen some pretty surprising deals take place. From toy manufacturers buying IoT startups to traditional retailers paying billions for e-commerce unicorns, deals coming straigh-out-of-left-field abound.

The ultimate goal of any startup is an exit. Exit strategies fall mainly into two camps: IPO, or get acquired. There is of course always the third option of failing entirely, but that’s certainly the least desirable path.

Acquisitions can tell us a lot about the state of the startup world. One thing that stands out this year is interest from the established, corporate business world in young tech companies is ever on the rise.

Here we highlight 10 of this year’s most important acquisitions. These were the high profile deals, the ones with hefty price tags and those that saw the most coverage. These are the ten deals you should definitely know about going into 2017.

Pebble was a kickstarter success story and a wearable for the masses. With increased competition in the wearables space (including Snapchat getting into the game with Spectacles) apparently Fitbit saw it as a threat, proceeding to buy Pebble out for cool $40 million and shut down its operations.

Mattel internets its things with Sproutling

Mattel, the multinational toy manufacturer founded in 1945, couldn’t be further from being a startup. All the more reason to future-proof your products. They acquired Sproutling, a toddler-health oriented wearables company, in order to imbue more technology into their learning products.

Samsung, the electronics and mobile device giant, acquired audio and automotive company Harman to the tune of $8 billion late this year. The acquisition is one of the year’s biggest in terms of price, and Samsung is betting big on connected cars with this one.

Yahoo! had struggled with continuously declining revenue figures when Verizon made a deal to buy the ailing company for $4.4 billion. The acquisition would keep Yahoo! intact as a brand, but effectively kill it as an independent company. Recent speculation suggests that the deal might not go through after all.

Walmart takes off with Jet

Another example of traditional giants buying tech companies. Walmart is positioning itself to counter losing ground to Amazon with this deal, catching up quick in e-commerce. We’ll have to wait and see if it’s enough when Amazon is simultaneously experimenting with brick and mortar retail.

Microsoft wants to connect with you on LinkedIn

A historic deal, for two reasons. LinkedIn is the first of the big social media sites to be bought up by one of the old-guard tech companies. Moreover, this is Microsoft’s biggest acquisition yet, we can only assume they have big plans for the professional networking app.

Tesla charges up with Solar City

This deal stand out because effectively Elon Musk bought a company he helped start, with a company he owns. Besides that oddity of business development, it’s also an important step towards Musk’s vision for Tesla: to become a renewable energy company with a complete domestic offering of solar powered roofs, cars, and batteries for the home.

Remember Bitstrips? If you’re already nostalgic for the days when they were plastered all over Facebook, good news! Snapchat acquired them back in March and rolled them into their app as ‘bitmoji’. Snapchat paid $100 million for the privilege! Can you say bubble?

Uber bought the self-driving technology company OTTO back in August. You may remember OTTO from that truck that drove all that beer (who says tech has a drinking problem?) cross-country. The deal is also significant because it puts Uber closer to realizing its autonomous service strategy. However, it looks like there might be more hurdles to clear in 2017 than they expected.

The news media (obviously) wants a piece of the digital pie. But instead of mimicking digital culture or just getting on Twitter, it seems mainstream news is ready to get their hands dirty. CNN acqui-hired Beme, Casey Neistat’s video sharing app, reportedly so that Neistat can come onboard to innovate at CNN. We’ll have to wait until 2017 to see what the result will be.

Our friends at Index.co have compiled a list of the fifty biggest acquisitions of 2016 here.

Read next: Happy holidays from the TNW family