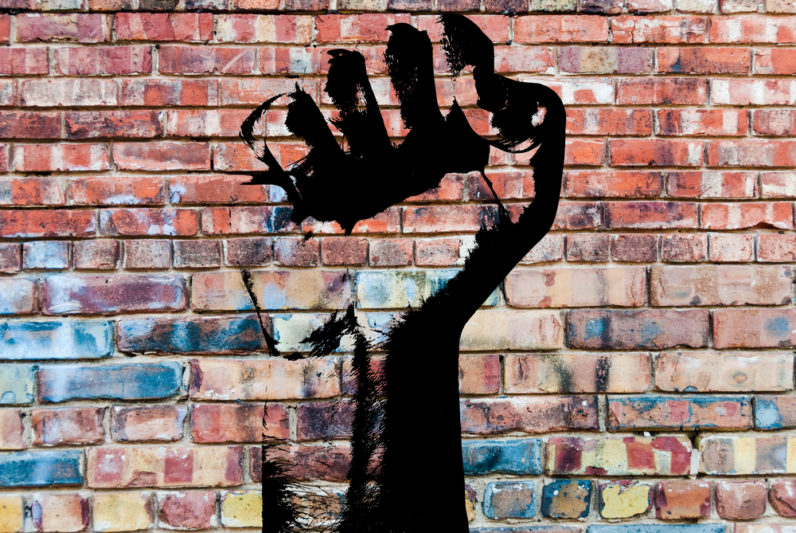 This is my second visit to Tirana for the OSCAL conference, an annual celebration of open source technology in Albania’s capital.

Aside from excellent content, the conference stands out for a couple of reasons. Most attendees and organizers are under 30, and the gender divide is pretty much an even split. Anyone who attends tech-related events in other countries know that this is (sadly) unusual, and I was interested in digging beneath the surface to find out more.

First, why am I including Kosovo in this article alongside Albania? I understand the geographical, historical and political reasons this may be a good/bad idea, but my reasons are more practical and simple.

Both times I attended OSCAL I met significant amounts of people working on awesome projects from both countries, and in particular communities, they’re both closely aligned and work together. Second, while both countries are worthy of coverage, I was unsure if I had enough material to warrant two separate articles. Finally, they’re interesting comparison points, two countries that are close to each other, but handle the tech revolution in different ways.

Waiting for the great leap forward

A common factor amongst most ‘smaller’ countries on the periphery of Europe is that their entrepreneurial communities are waiting for a big success story to inspire and drive them forwards and give them confidence.

Albania and Kosovo are the same, there are some smaller local and regional successes, but no-one has reached global acclaim yet. This is an important factor for internal and external players, I feel one of the main reasons tiny Estonia has become successful is that the country has confidence.

It permeates throughout the community and you shouldn’t underestimate the importance of this.

One cultural aspect that reared its head over and again was that entrepreneurship hasn’t become a legitimate life choice yet.

A long-lasting cultural hangover from the Communist era is that of studying, getting a good reliable government job and staying safe and steady. Younger generations are of course starting to buck this trend, but their parents will still encourage them not to. This means that throwing a career away to take a big gamble on your own venture is considered an unusual thing to do.

Albi Zhulali runs Startups.al and his new venture, Softmogul has raised finance from Israeli investors. Despite relative success, he tells me that his parents still don’t understand what he does, and why.

My parents keep asking me. When will you get a proper job, with the government or as an accountant?

Blerta Thaçi is one of the organizers behind ‘Girls Coding Kosovo‘, an organization that helps women in Kosovo build confidence and skills in programming. She cites this as a motivating factor for starting the project. She noticed that lots of women would study programming and technology, but few end up in the workplace, encouraged by their families and other external forces into taking a ‘normal’ job.

She wanted to know what happened to them along the way, and help them move forward.

Thanks to her work, not only have more female coders in Kosovo found roles within companies, but they have also gained exposure to other ‘women who code’ groups around the World. The exposes participants from a small country to the people and ideas of a global community.


On the subject of culture, let’s dive more into the gender issue, which is where this journey began.

During OSCAL I was drawn into an interesting discussion when a female conference volunteer walked out of a presentation on the issues of gender diversity in the tech industry (I think from a non-local speaker). She said to a small room of other volunteers and speakers, “What’s she talking about? There’s no diversity issue, just look around OSCAL.”

I get the feeling that maybe OSCAL (and some other events in the region) are unrepresentative of the tech sector more broadly, but it was a statement that got me thinking.

Has the post-communist era in Albania and Kosovo meant that these countries has started in the modern era from a more clean slate than other more established European countries? With the opportunities that technology provides able to be taken advantage of by a more diverse group than in other places in history and the World?

I have been told by people who lived under communism that it was (in theory) a more equal society, especially amongst genders. Some women feel that (in some ways) things were slightly more equal, and while in some countries the gender balance slipped backwards, maybe in others it kept going, with women refusing to let go of the opportunities they had.

Many men in Albania are lazy, Women are used to working hard and getting things done.

I don’t think i’m qualified to dig any further into this issue as it goes deeper than technology. Still, it’s interesting to see how in different parts of the World, the opportunities that technology offers and denies.

Lindita Komani of Talent Garden Tirana, a coworking space funded by the Irish LocalEyes mentioned one of the largest issues for local entrepreneurs. While Albania and Kosovo have plenty of events and programs to help encourage projects, including a local Startup Weekend, Startup Grind and Hackers/Founders. These events generate enthusiasm and ideas, and if you can keep that idea running, then there is success to be found, but getting to that point is hard.

There are a lack of Angel and mid-level investors in the region, people leave startup events full of ideas and then struggle to take them any further unless they have other sources of income to tide them over. Eventually, an idea may attract overseas or local funding, but in the meantime there is little help.

Lindita encourages local business owners to think of investing in local ideas and entrepreneurs more regularly than they do now, which alongside startup tax breaks would do a lot to encourage great ideas to grow.

Vasken Spiru and Jakob Modeer of Swiss Contact echoed these opinions. Swiss Contact implements an Entrepreneurship Program in the region supported by the Government of Switzerland – helping people in Albania find larger sources of international funding for projects. But many have dropped-off before being ready for that level of investment.

Like education programs around the world, many Albanian and Kosovan students complained to me about the sorry state of their computer education syllabuses, comprising mostly of Microsoft related technologies. I honestly thought that this was an era that was behind us, but with Microsoft subsidizing software in poorer parts of the World, you can see why it may be hard for educational establishments to say no.

As part of OSCAL I helped run a workshop. It took place in one of the computer labs in a private university. The computers were running Windows Vista, with 1GB of RAM, even installing basic tools caused out of memory issues.

With Windows and Mac machines unaffordable to a lot of the population, this has caused many to look towards open source software. This is not just a compromise, people embrace Open source and its culture with open arms. Albania and Kosovo are full of participants in ambassador and volunteer programs for Fedora, Mozilla, and other open source projects.

In Kosovo grass roots projects go even deeper and further. As Kosovo is not recognized as a country by many other countries (including some of its neighbors), it’s hard for citizens to travel without a lot of paperwork. But the Internet has opened them up in other ways, and the country has attracted an amazing level of interest from foreign press, community members and leaders.

Ardian Haxha, a Co-Organizer of the Software Freedom Kosova conference is also involved with the Pristina hackerspace that raised $17,000 on Kickstarter thanks to international press, and then had to funnel the money through US intermediary told me,

We are a young country, full of young people who were born with, and live on the Internet. We are 40 percent unemployed and have nothing to lose trying ideas and projects.

Since the Pristina hackerpsace began, two others have opened, and the Software Freedom Kosovo conference is one of the biggest in the Balkans, attracting international speakers from all over the World.

Both Albania and Kosovo are small, poor countries with recent histories littered with conflict, dictatorships and struggle. Despite this, they’re both brimming with young, enthusiastic, and dedicated people working hard to be noticed in countries that culturally, economically and politically are not ideal.

To those of you used to seeing larger startup ecosystems and success stories, sometimes investigating what’s happening in smaller countries can seem insignificant in comparison. I encourage you to look closer, while countries like the US, UK and Germany are more competitive, they also offer more opportunities.

Entrepreneurs, activists and community leaders in countries where it’s harder work and few people even understand what you’re doing and why deserve your attention too. Take some time to look beyond your own backyard and you never know what you might find.

Read next: Microsoft is open sourcing PowerShell and bringing to Linux and OS X