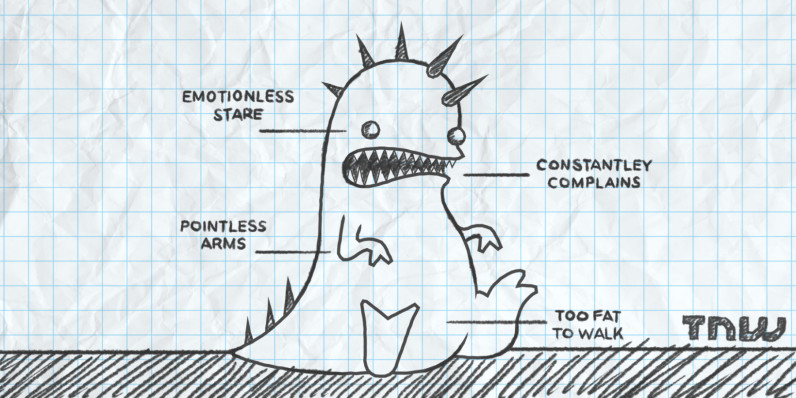 2015 was one of the worst years on record for patent troll lawsuits.

While these cases may make for less sensational news stories, they show that no business, no matter how small, is immune. Over 50 percent of the businesses targeted by patent trolls make less than $10 million per year. The average cost of defending a patent troll lawsuit is more than $3.2 million, which, for many entrepreneurs, could be enough to put them out of business.

Merely getting hit with a suit can inflict damage. To meaningfully protect your business from this pervasive threat, you need to think and act strategically instead of playing right into a troll’s hands by signing a quick settlement check.

Patent trolls are predators, and unfortunately, small and medium sized businesses (SMBs) are their prey of choice.

SMBs are uniquely vulnerable because they don’t have the expertise or resources to defend themselves in litigation, which as mentioned above, is exorbitantly expensive. Every dollar and every minute is precious to SMBs who have to allocate their limited resources strategically – to pay for talent, technology development, marketing – in order to sustain and grow.

Sacrificing these resources to patent troll litigation can and has caused startups to fail. The stakes are higher because the risks aren’t spread out or mediated by the scale of a large organization.

As a result, startups are far more likely to settle, even in meritless lawsuits.

At the same time, large enterprises have begun to realize that settling with trolls only makes them more frequent targets and now fight back far more than they used to.  Far more often than not, the defendants win.

These two factors have caused trolls to target SMBs even more ferociously over the past few years — a phenomenon that’s particularly harmful to the American economy, where SMBs are primary drivers of innovation and growth.

Over 80 percent of the patent troll lawsuits to emerge recently have been multi-defendant suits by patent holders with pitifully weak patents brought against companies with less than $100M in revenue. In 2005, nearly 6,000 lawsuits were filed; in many cases involving trolls filing suits against dozens and in some cases hundreds of SMBs.

These nuisance suits are are filed in hopes of reaping the greatest gain from the least amount of effort, and are suits that can bankrupt or completely disrupt a small business.

What you can do about trolls

For far too long, organizations of all sizes have felt helpless against trolls. While it is difficult to make a company troll-proof, it can be done. Even after my employer, Newegg, put an aggressive strategy in place to curb lawsuits, it took us five to six years to get to the point where patent abusers started avoiding us (and zeroing in on easier targets instead).

The journey may not be quick or easy, but it is necessary to achieve sustainable litigation peace. You have to make an effort to fight as much and as hard as possible. Smaller businesses don’t have the legal teams and scale that bigger businesses do, but most should have at least some useful tools in their arsenal.

In short, most companies can:

Fighting can be prohibitively expensive, so finding other companies to share defensive costs and resources is a smart move.

This is particularly helpful in the large multi-defendant case lawsuits: one startup alone may not be able to mount a $150,000 defense, but 10 companies slapped with the same suit can each pitch in $15,000 without breaking the bank.  With 20 companies, the defense fund becomes $300,000.

When most multi-defendant troll cases feature each defendant spending somewhere between $25-100,000 between aggregate defense and settlement costs, defendants willing to commit even half their total spend into a joint defense fund can make life thoroughly miserable to both a troll and its contingency fee lawyer, and help encourage both groups to pursue more honest lines of work.

Consider joining community-based organizations such as the non-profit LOT Network to obtain protection from troll assertions against nearly half a million patents held by fellow members. Companies like Unified Patents also offer products and services that can bolster entrepreneurs with defensive resources, including aid with defense costs.

Another strategy is to make as much noise as possible about fighting patent trolls.

Publicize the fact that you aren’t going to quietly and quickly cave into trolls and their  lawyers. Publicly seek help and don’t be shy about sharing the details of your fight. Let people know when you win. Demonstrate that you won’t take attacks lying down and they will look elsewhere.

A small business dealing with a patent assertion claim may be very different from a tech giant dealing with one, but that doesn’t mean small businesses can’t benefit from larger corporations’ examples. Just because you are small does not mean you are weak or defenseless.

Don’t just react to the trolls’ playbook — tear it up and stomp on it. Every time a business quickly pays the toll of the troll, it encourages more trolling and hurts the entire entrepreneurial ecosystem. The only way to eradicate trolls is for businesses of all sizes to band together and refuse to be extorted any longer.

Read next: Map your ideas and improve your workflow with Scapple (40% off)