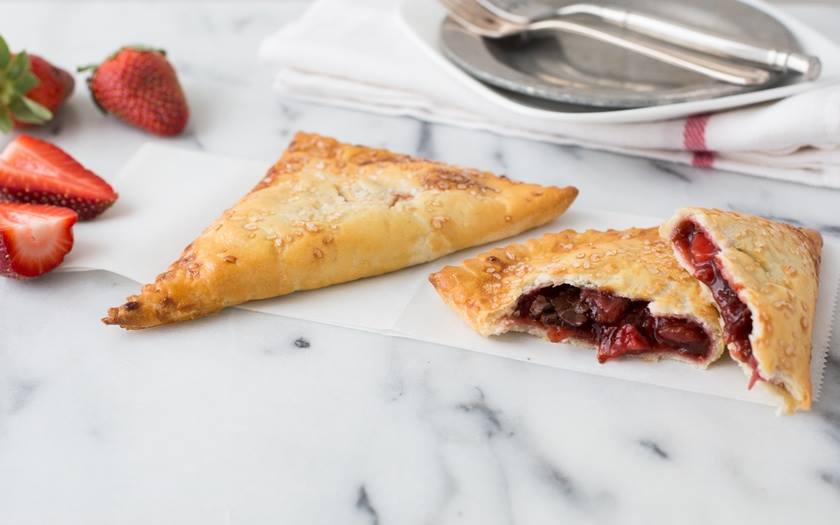 Eiden and Dupré had just won the Junior League of New Orleans’ Women’s Entrepreneurship Fellowship, a significant prize and resource given out to the winners of a pitch competition that took place during New Orleans Entrepreneur Week. Windowsill Pies outlined its plans for the future, which include opening a European-style coffee shop to serve as a physical retail space for their pies.

At present, those wanting a Windowsill pie must go to a Whole Foods or other grocery market to pick one up. They’ll use to considerable resources afforded by winning the pitch-off to make such an expansion into a reality.

The Junior League of New Orleans is an organization with a 91-year tradition of voluntarism and developing the potential of women. Shannon Able, Volunteer President of the chapter, tells us that the Women’s Entrepreneurship Fellowship represents the first time the League has expressed specific interest in entrepreneurship. The rewards of the fellowship include a $2,500 general purpose cash grant and a $2,500 technology budget to spend on taking their business to the next level.

“Through our research, there are not as many opportunities for women in business as there are for men,” says Able. “So we decided to put together some resources. Everything from marketing help to information technology assistance was up for grabs on that pitch stage.”

Of 30 applicants to the pitch-off, the Junior League’s selection committee whittled it down to five. Also represented on the pitch stage were Southern Letterpress, an old-school ink-and-paper printing company; Sarah’s Pet Care Revolution, a local pet-sitting and dog-walking service with aggressive plans for expansion; Monkey Hill Apparel, a children’s clothing line featuring New Orleans-centric designs; and Precision Payment Systems, a company focused on reducing credit card fees and other merchant service costs. But after an audience vote, the pie company took the cake.

After being named winners, Dupré and Eiden were invited to a women’s business summit later that week with a small group of accomplished women from around the country. The pair spoke all about strengthening networks amongst women, and said they are “still busy reeling from the win.”

Still, they’re eager to get back in the kitchen.

“I think women hustle in a different way from men,” Eiden said. “The popular conception of business is something like a harsh Glengarry Glen Ross situation, and those situations have always alienated me. There are a lot of other ways of doing things, and women bring a lot of different skill sets to the picture.”

“Even in this day and age, the professional kitchen is generally a man’s environment,” said Dupré. “Women have to work hard to be taken seriously seriously there. It’s not just a hobby or a place to implement a home cooking approach. It’s a professional arena.”

Eiden adds, “In traditional business situations, women are pitted against each other, and sometimes they do it to each other. It’s important to work together instead.”

Windowsill Pies’ new injection of energy and resources seems sure to kick things up a notch for the locally owned business, particularly in the era post-Hurricane Katrina. Eiden readily acknowledges the “really steep incline between where we are and where we want to be.”

“It’s a huge jump from wholesale to owning your own shop,” she said. “We’re really looking at the fellowship as facilitating that. We can’t just use chutzpah to make this happen.”

The pair is already looking for a place to set up shop. “Once we get that location, we’re going to buy a new convection oven,” says Dupré. “The $2,500 cash prize lines up exactly with the price of that oven.”