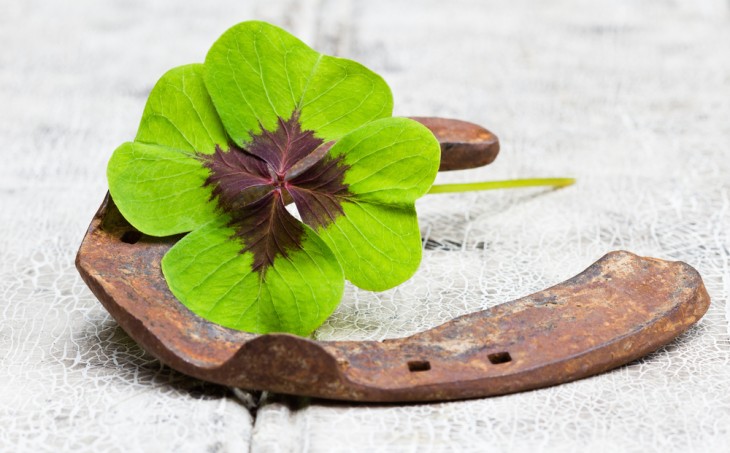 Jason Zook is the founder of IWearYourShirt and author of Creativity For Sale. This post originally appeared on his blog.

For as long as I can remember, the saying, “you just got lucky” or “that person is so lucky” has always made me cringe.

I’ve never believed in luck—let me explain why.

Everything that happens in life can be traced back to some amount of effort. Or, in many cases, it’s a crapload of effort.

When someone hits the game winning 3-pointer in basketball, it’s not luck that makes the shot go in. It’s the 500 3-pointers that athlete has shot every day, for months or years. It’s the muscle memory that athlete has developed over thousands of painstaking hours. There’s not some miracle wisp of wind (luck) that floats the ball into the hoop.

When someone’s business starts to take off people immediately jump on the luck bandwagon. (In this scenario luck is the exact same thing as overnight success.) Even if a company goes “viral” at launch, there’s still an immense amount of planning, preparation, coordination, and previous successes (and failures) behind the scenes.

Look at any best-selling author … EVER. Not one of them sat down and wrote a book in a week. Got it published the next week. And then sat back and watched as it became a New York Times best-seller.

Yet people call authors like Seth Godin, J.K. Rowling, and many others “lucky.” Seth and J.K. (we’re on a first-name basis because we’re author buddies) both got rejected by publishers countless times. Heck, Seth Godin got rejected a staggering 800 times while working as a book packager. 800!

And he’s lucky? Hell no, he’s not. He’s a hard-working author who got what he earned from persistence and effort.

I could go on and on and on with examples. Maybe the only people who truly could be deemed lucky are lottery winners. However, the majority of lottery winners (a high majority) have played for years and invested thousands of dollars to win. Many lottery winners have strategies, systems, and complex buying patterns.

Sure, there are a few people who’ve bought a single ticket and won the lottery, but that’s unbelievably rare.

Luck has this amazing ability to show up after all the hard work has been put in, and often times, after someone has lost hope that their effort will pay off. I believe that the only time so-called luck shows up is after you’ve gone far enough in whatever you’re working on that you deserve recognition on some level.

That’s exactly what luck is to me: recognition of hard work

For me, this came on November 3, 2012 when I launched BuyMyLastName and asked the world to bid on my last name. In the first 24 hours the bidding was over $30,000. A lot of people called that luck.

I’d been working 14-16 hours every day for the previous four years with IWearYourShirt to build a following and a community that gained attention in the media. Luck didn’t have anything to do with it. About 5,000 hours of effort and the balls to put a crazy idea out into the world—that’s what made the difference.

The illusion of luck can consume you if you’re not careful. If you buy into it, you’ll end up sitting idly on the sidelines, while the dedicated, hustling, hard-working people pass you by on their road to success. It’s like Coleman Cox said in 1922:

“I am a great believer in luck. The harder I work, the more of it I seem to have.”

Don’t sit around waiting for the luck train to show up. Luck is for leprechauns and cereals with marshmallows in them. For the rest of us, it’s just hard work, patience, and persistence that will get us to our dreams.

Read next: You don’t get what you don’t ask for

Read next: Apple's new ad campaign shows the only camera you need is the one in your pocket