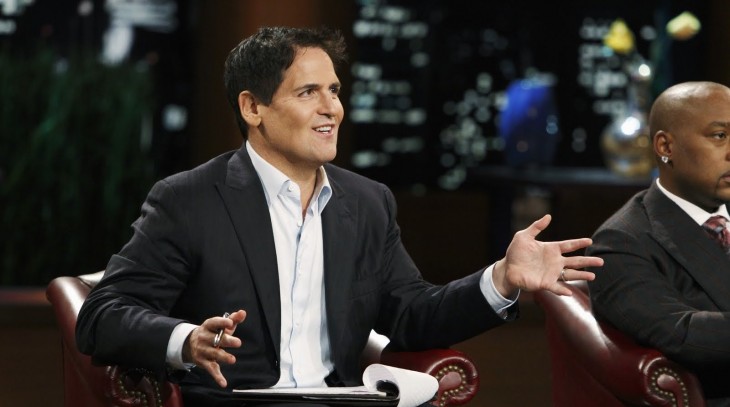 Last month, Business Insider came out with a big headline: “Mark Cuban explains why startups should never hire a PR firm.” In the article, the dotcom billionaire and Dallas Mavericks owner contends that third-party PR services are prohibitively expensive for entrepreneurs, and that “the money you can save” figuring out how to “do it yourself” could mean “the difference between living or dying as a company.”

The essence of Cuban’s argument is that the traditional big-budget PR consultancy model is an anachronism in the context of the innovation economy. That much should hardly be breaking news for entrepreneurs, and it certainly won’t get any rebuttal from me.

Most startups can’t afford the $10,000+ per month retainer fees charged by your classic PR firm. But if the old model is broken, turning to the opposite extreme, and handling everything in-house, isn’t always a viable alternative.

PR, as Cuban points out, is not the mystic cabal certain people might like to make it out to be. Because of today’s internet, journalists are more accessible than they have ever been.

In that sense, Cuban is right. There really is no good reason for entrepreneurs to feel shut off from the media.

If for no other reason than to stay up on the latest news, startups absolutely do “need to do the work to learn” who the “key writers” in their respective industries are. And I don’t doubt that, given some instruction and practice, most core teams already have the basic writing and editorial chops to handle their own PR.

Almost none have the time, however.

In other words, they require lots of time. And there’s really no way around that. Startups could, of course, make whatever time they need. But that implies siphoning resources from key operations, and that’s just not good practice–whether you’re Mark Cuban or just getting your first venture off the ground.

“I am a big believer in Metrics Driven Marketing.” – Sean Ellis

The first two questions a startup should ask itself about any structural decision should be what will it cost, and if you can measure it for a positive return on investment (ROI).

Rather than to reject the notion of third-party PR services offhand, entrepreneurs would do better to approach it the same way they approach everything else: from the perspective of cost-effective growth. The reason a startup shouldn’t pay $10,000 a month for PR isn’t that it’s wrong on principle, it’s that most startups won’t get $10,000 a month in value as a result.

By that same measure, deciding whether to contract outside help should be a straightforward matter of weighing the costs against the potential benefit and the time (and, therefore, costs) necessary to execute a given PR campaign on your own.

“PR is an insanely valuable activity in early-stage companies. Very few investors understand this and even fewer startups” – Mark Suster

One reason entrepreneurs are reluctant to spend money on PR is that a lot of the benefits are difficult to quantify and might not manifest overnight, which can be misinterpreted to mean they don’t exist or are negligible.

But no serious businessperson, and especially not Mark Cuban, will tell you that media relations aren’t vital to success. And if saving money means “the difference between living or dying as a company,” as Cuban says, a failure to gain timely exposure as an early-stage startup can be an even quicker death sentence.

For a more detailed breakdown of how PR can jump-start a business, I’d recommend reading here. But for now, I’ll say that few things, short of your product itself, will do more to generate fundraising, attract high-level recruits, boost SEO, encourage partnerships, and, yes, generate sales.

PR is goal-oriented, and the goals are not always as simple as “get this article published in order to draw x many new customers.” You need patience and faith in the process to make it work.

Large firms have traditionally leveraged that dynamic to their advantage. They trade in hazy promises and the common myth that only the initiated, the gatekeepers, can gain traction in an otherwise unattainable media landscape. They position themselves, intentionally, as go-betweens, and foster dependency in their clients as a sort of self-fulfilling prophecy to justify their exorbitant fees.

Cuban is right to dismiss that way of doing business. And he’s right to ensure young entrepreneurs that building relationships with journalists “will have long-term value” for the future, whether in current ventures or ones yet to come.

But outside PR services don’t have to stand as barriers between their clients and reporters.

At its best, PR consultancy goes beyond crafting and disseminating a message. It also facilitates the connections that will help clients convey those and new ideas down the road, as well.

It’s reasonable to expect entrepreneurs to familiarize themselves with the thought leaders influencing their fields. But seeking help from professionals can open opportunities a startup founder neck-deep in the bootstrapping grind might not have considered.

It’s good to see established business gurus like Cuban challenging the status quo of a stagnant, exclusionary PR industry. But we can do away with the tired canards of big-firm PR price gouging without shunning all the other things professional guidance really does have to offer, to startups and dotcom billionaires alike.

The key is finding a value proposition that scales to a tighter set of sensibilities, not abandoning third-party solutions altogether.

Read next: 6 ways content marketing has changed the way we do PR

Read next: Legend of Zelda enemies are now artists, and you can buy their drawings with Bitcoin