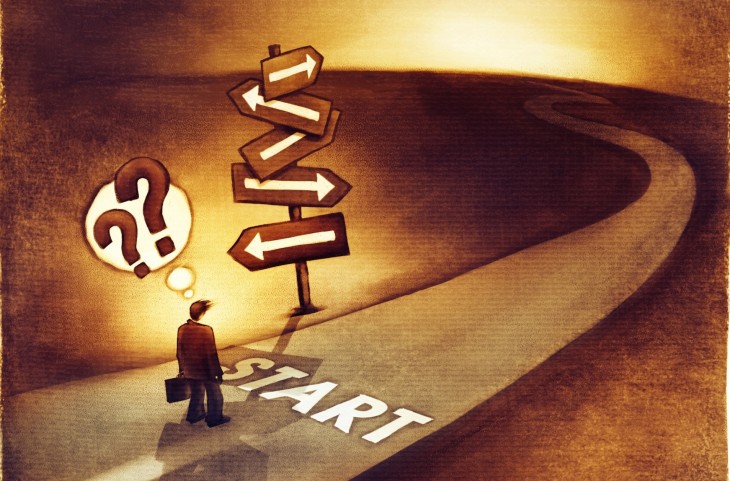 The past few years have seen a lot of economic turmoil. Ever since 2007, we’ve witnessed the bursting of the real estate bubble, the stock market crash of 2008-2009, the Great Recession, high unemployment and a few years of painfully slow economic growth.

Now it’s 2014 and it seems that in many ways, the US economy is finally starting to return to “normal.” Job growth is up, the stock market has recovered and people are feeling more optimistic. After years of economic uncertainty, we might finally reach a period of greater stability.

While this is good news, it’s worth remembering that for businesses, economic uncertainty is not always a “bad thing.” The truth is, even though stock market analysts talk a lot about how businesses and investors hate “uncertainty” in the economy, the best entrepreneurs aren’t afraid of uncertainty. In fact, they thrive on it.

Here are a few reasons why uncertainty might not be a bad thing for your business.

The Kauffman study also found that “Recessions and bear markets, while they bring pain and often lead to short-term declines in business formation, do not appear to have a significantly negative impact on the formation and survival of new businesses.”

These findings are promising, because it might mean that even while the surrounding economy seems really shaky and everyone is scared to invest, smart companies with good leadership can still make a big difference and grow for the future.

Times of great uncertainty can be the ideal time to try something new. When the economy is stable and predictable, innovation might suffer because companies might be too complacent to make the big moves that they need to make.

Uncertainty also levels the playing field for small companies; when no one knows what’s going to happen next, creative visionaries and innovators are more valuable (and highly rewarded) than ever before.

Don’t be afraid of uncertainty; instead – harness it. Uncertain times might be the best opportunities to gain market share from a competitor or launch a new product or change your business model.

Uncertainty prepares your company for the future

If your company can survive and thrive in uncertain times, that’s a good sign that you’re going to keep succeeding once the economy returns to “normal.” Most of your competitors probably hunkered down during the last recession – they were afraid or unable to invest in big changes; they were trying to ride out the storm.

Another side effect of uncertain times is that customers cut back on spending – so there is pent-up demand waiting when the economy recovers. If your company can keep innovating even during scary, uncertain times, you’ll be in much better position to make big sales gains once the economy stabilizes and people start spending again.

There’s an old Chinese saying, “May you live in interesting times.” The past several years have certainly been “interesting,” and not always in a good way. But now that the economy has emerged from the worst downturn of the past 30 years, it’s worth remembering that tough times are not always “bad” for businesses.

If you can keep working, keep innovating and find creative ways to deliver value, uncertain times might just put your company on a path to bigger long-term success.