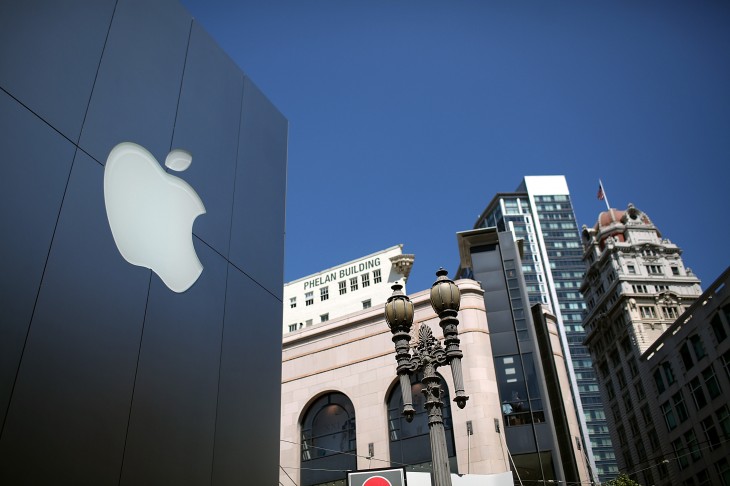 Ran Rachlin is the co-founder and CEO of Ubertesters, a global provider of a comprehensive, cloud-based, process management tool for mobile applications beta testing.

App developers definitely learned something important from Apple’s latest product release: even the titans of the industry deal with programming bugs and release disasters.

Well, we all knew that. What’s surprising is the depth of the problem; one so severe that Apple was forced to pull its iOS 8.0.1 update just days after it was released.

All businesses, not just developers, can learn a few other useful things from Apple’s mistakes.

Don’t let your past mistakes haunt you

It’s worth considering that almost all of the recent articles about Apple’s current headaches cite problems in the past.

Steve Jobs, for all his virtues, could be curt and abrasive with customers. In response to complaints about the iPhone 4 low signal glitch back in 2010, Jobs declared, “Non issue. Just avoid holding [the phone] in that way.”

Owners responded harshly to the suggestion that they didn’t know how to hold a phone properly. In the end, Jobs apologized: “If you’re still not happy even after getting a [new] case, you can bring your iPhone 4 back undamaged for a full refund,” Jobs said. “We are going to take care of everyone.”

But, a lot of damage was done. Apple eventually accepted responsibility but phone owners and business journalists agreed that it shouldn’t have taken weeks for a more reasonable response to the problem. Apple got away with it, but these sorts of incidents tend to have a cumulative effect. That incident hangs over Apple to this day.

The lesson? Your company has a track record. This is especially true in the social media age when your past mistakes are just a Google search away. Your best bet is to prevent problems through a more diligent approach to all of your work.

“No one Is going to buy a big phone” claimed Apple’s Steve Jobs back in 2010. In response to a suggestion that an Apple antenna problem could have been prevented by using a larger case, Jobs attacked recently released large smart phones like Samsung’s Galaxy S, calling them “Hummers” and insisting that “no one is going to buy them.”

“Guess who surprised themselves and changed their mind,” wrote Korean electronics giant Samsung on its Twitter feed this week when Apple revealed its new, 5.5-inch supersized iPhone 6 (versus its 4’’ iPhone 5.)

There are probably a few lessons to be learned. Mostly, don’t be so quick to disparage the competition until you’re absolutely sure they’re not on to something. And take ownership for the problem.

Steve Jobs tried to deflect the issue, rather than suggest that a larger phone might be one solution, but not the one that Apple was pursuing.

It’s about you, not them. Don’t be petty. Just do the best quality work you can do.

By now everyone has seen videos or read stories about the bendable iPhone 6. Apple’s initial response to complaints was silence.

After a few days, the company issued an accusatory response: “With normal use, a bend in iPhone is extremely rare and through our first six days of sale, a total of nine customers have contacted Apple with a bent iPhone 6 Plus,” wrote Apple spokesperson Trudy Muller. Social media quickly dubbed the problem #bendgate.

Is Apple suggesting that these nine users are crackpots? The number is irrelevant. The Apple rep added that the company was “looking into this with an insane amount of detail.”

That was all that was necessary. Although Apple might have thanked the new owners that brought a potential issue to their attention.

The lesson? Always try to use criticism to your advantage. Your users are trying to help you by finding bugs and reporting problems. Be humble and grateful, not sarcastic. The fact is they’re doing your work for you.

Will any of this hurt Apple? Probably not in the long run, even if shares are down this week. Apple will bounce back due to a couple of significant factors: Apple is big enough that it can suffer some financial loss; the company has been around long enough that a short-term problem can be overcome; and, most important, the company has a well-deserved reputation for responding quickly to customer bug reports.

Most SMBs don’t have these advantages. If your company’s new iOS 8 app doesn’t work well, for example, your customers will probably have little patience. That’s why when we work with developers, we always tell them to think of professional app testing as an essential part of the development process, not an optional extra.

Most importantly, do it properly, with professional and experienced quality control people. You can’t expect friends and relatives to know what to look for. We know from experience that app developers who launch an app to the market without proper testing, and subject users to bugs and crashes, risk potential customers simply deleting the app immediately and checking out the competition.

And that’s the final lesson: it takes time and a commitment to quality to build a reputation that can withstand scrutiny and and the worst kind of crises. Back in April 2014, Apple CEO Tim Cook said: “You want to take the time to get it right. Our objective has never been to be first. It’s to be the best. To do things really well, it takes time.”

Perhaps he should have listened to his own advice. It’s not too late for you.

Read next: 3 reasons your marketing needs a better design focus