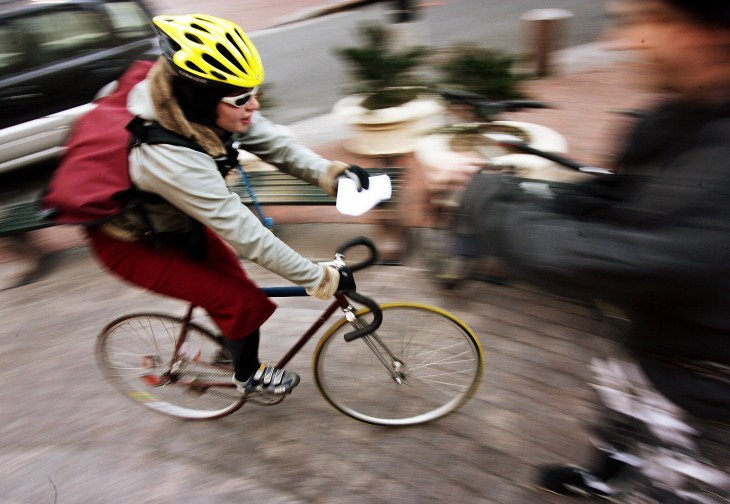 What fuels a startup’s success? Is whether you are “driven to win” or have a “fear of failure”?

I think both sides of this argument are pretty self-explanatory, but let’s just make sure we are clear on what we are talking about here.

Being “driven to win” is an insatiable desire to be #1 in your industry, often with a “take no prisoners” mindset of growing market share as quickly as possible. The CEOs of these types of businesses often have a deep disliking of their competitors, and see themselves in an “all-out sprint” against the CEO’s of others in their space.

To me, this is an offensive strategy (as in, on the attack, not distasteful.)

On the other hand, “fear of failure” is driven more by not wanting the company to go out of business, and the perceived negative impact that would have on the CEO’s resume and reputation.  To me, this is a defensive strategy.

So, if that is in fact a good analogy, are you aware of any competition that doesn’t require the proper balance of both a good offense and a good defense?  I really think if you have too much of one, without the other, your success will be hampered.

As one example from the sports world, let’s look at the failed Rich Rodriguez tenure as head coach of Michigan Football between 2008 and 2010. His innovative offense broke every statistical record as the most productive offense in the 132 year history of this storied program.

However, at the same time, his lack of defensive focus, broke every record in the wrong direction as the worst defensive program in the history of Michigan football. This lop-sided mix of skills, resulted in a middle-of-the-road record (7-6 in 2010), and the ultimate firing of Rich Rodriguez at the end of that season.

This analogy holds true in the business world as well. All offense and no defense can cripple your company.

If you are too scared to fail (e.g, too much defense), that may cripple your ability to innovate out-of-the-box ideas that, if successful, would catapult your business to new heights never before possible.

Let’s use Apple as an example. What if Steve Jobs had stayed “defensive,” focusing on protecting Apple’s market share as the leader in personal computers? We would have never seen such great innovations as the iPod, iTunes, iPhone and iPad that revolutionized the tech scene in the years that followed, fueling Apple’s meteoric growth and stock price.

On the flip side, if you try to use too much offense, you can cripple your business by growing too quickly, running out of cash or entering more markets than logically makes sense for your phase of development, stretching your limited resources too thinly to be sustainable.

I think this theory holds true from my personal experience while CEO of iExplore. I was equally focused on “offense” and “defense,” and was deeply-driven to win market share and partnerships away from my competitors at the time.

Concurrently, I had a deep fear of failing, especially in the wake of 9/11/2001 and the negative impact that had on the travel industry. I wasn’t going to let terrorism end my dream or taint my track record, and I fought on through very difficult market conditions, even though the odds of success were not in my favor.

Without the offense, we would have never built up a #1 market position and partnerships with National Geographic, Travel Channel, Expedia, Lonely Planet and others. But without the defense, it would have been a lot easier to simply file for bankruptcy in 2001, given the uphill battle that lied ahead.

To me, it is not whether you are “driven to win” or have a “fear of failure” – your startup success needs an equal balance of both. This is where having multiple co-founders may benefit your company to allot different perspectives and tasks for different people working toward the same goal.

Be sure to read my companion piece, Passion Drives Success, for additional insights on the key psychological drivers of entrepreneurial success.

Read next: Why big companies struggle with innovation

Read next: September in Latin America: All the tech news you shouldn't miss from the past month