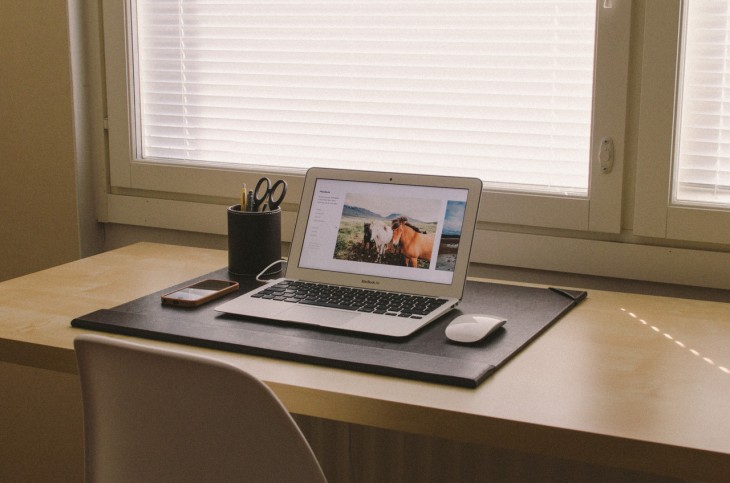 I knew building a startup would be hard. I knew it would be slow. I knew we had to do lots of customer development and build something people want.

But there were things I didn’t know.

A lot of the work is actually email

Someone asked me recently what a typical workday at Exist looks like for me. After some thought, I realized that a lot of what I do starts with email.

I handle most of our customer support, which means answering questions for customers who are on the fence about signing up, following up on bug reports and helping current users who have questions.

I also do proactive customer support, which means looking through our user logs and identifying anyone who could use some help to improve their experience—for instance, pointing out a setting they didn’t know about or explaining how a feature works so they can get more out of it.

I also send a lot of emails to my co-founder, Josh. Because there are just two of us, a lot of our communication takes place during the day via IM, but there are always some things that end up in emails

I often send Josh emails with ideas for the product or new marketing angles I want to try. Sometimes I’ll ask him to clarify things for me so I can adjust product copy or explain things more clearly to users. And because we use Asana to manage our tasks, every time one of us comments on a task or completes it, we end up with more emails to read.

A huge amount of networking takes place via email. Asking for intros, setting up meetings, setting up intros for other people, organising events—it all happens in the inbox.

I often share my feedback with other founders, and ask for their feedback or advice about Exist. Building up these relationships is a lot of fun, but it inevitably means more time in the inbox.

There are plenty more examples, but I’m sure you get the point by now. A large chunk of what I do every day to run my startup comes down to sending a lot of emails. Even for Josh who’s our technical co-founder, and therefore is building the entire product single-handedly so far, a lot of his tasks involve email in some way or another.

Networking is more like a game than I expected

I put a lot of time and energy into networking recently, but it quickly became draining. I knew networking would be important for building our company, and I’m lucky that both Josh and I are already part of Melbourne’s startup scene to some degree.

What really surprised me was the way networking degenerates into a game, or challenge, as soon as you start focusing on it all the time.

The first problem arose when I realized I needed a LinkedIn account. I’m not a fan of LinkedIn, and had closed my account months ago, but it seemed there was no way around it. AngelList doesn’t help you work out who knows who, so LinkedIn is really the only way to get an idea of who to ask when you need an intro to someone.

It didn’t take long for me to realize LinkedIn is like any other social network in that everyone uses it differently. I started getting lots of requests to connect from people I didn’t know.

Although I didn’t accept them, it seems that lots of people do connect with anyone on LinkedIn, and thus have lots of “connections” that don’t really mean anything.

When I identified someone I wanted to get an intro to, I was happily surprised to find that three people I know were directly connected to this person. Of course, it turned out none of them actually knew this person. They were all superficially “connected,” and weren’t able to introduce me after all.

Which brings me to another issue I ran into quickly. When you’re trying to network with people who are well-known and/or far away (that’s pretty much everyone when you live in Australia), you end up treating everyone else you meet as stepping stones.

Although some friends I knew well were happy to help me out with introductions, a lot of the people I met when I was purposely “networking” weren’t interested in my product or the space I’m in, so they were simply stepping stones for me to meet people who are in the right space.

This grew old really quickly. I don’t like the feeling of stepping on people to get to where I want to go.

It’s possible that being in Melbourne made networking a lot harder. Working on a consumer product in an emerging space and creating our own market means that there aren’t a whole ton of people interested in what we’re doing.

From what I hear about being in a startup hub like Silicon Valley, it’s more likely that the people you meet will suggest further introductions for you without you asking them.

Getting feedback is harder than I thought

“Get out of the building” is a trope in startup circles that means talk to your customers. Get to know them, work out what their problems are, make sure you’re providing a real solution to a real problem.

I read enough before and during the process of starting Exist that I knew I had to do this. I knew customer feedback was really important to building a useful product. I had no idea how hard it would be to elicit that feedback, though.

To start with, asking for “feedback” is too vague for most customers. Only a few will take the time to offer their feedback when you ask for it this way. Asking more specific questions can elicit more responses, but unless you know exactly what to ask, you won’t get feedback you can act on.

The best advice I’ve heard so far about getting early customer feedback was from Francisco, a co-founder of YourGrocer. His suggestion was to ask customers to talk you through the process of hearing about your product, thinking about purchasing, signing up and using it. This helps you get past the problem that customers don’t really know what feedback to give you, because they don’t think of it as “feedback.”

As you talk through their experience, you’ll be able to pick up on why they chose your product, what problem you’re solving for them and any issues they’ve come across in using your product.

The great thing about this process is that it puts the onus of learning from the user back on you. Instead of blaming the customer for not giving you any useful feedback, you’re letting them tell you a story about what happened, and discovering the hidden feedback in that story for yourself.

Running a startup is such a crazy, fast-paced, always-changing process that it’s impossible to know everything about it before you begin. And of course, your mileage will vary. Hopefully these things won’t surprise you if you come across them now, but you’ll no doubt have your own surprises to contend with.

Read next: The truth about bringing your business ideas to life