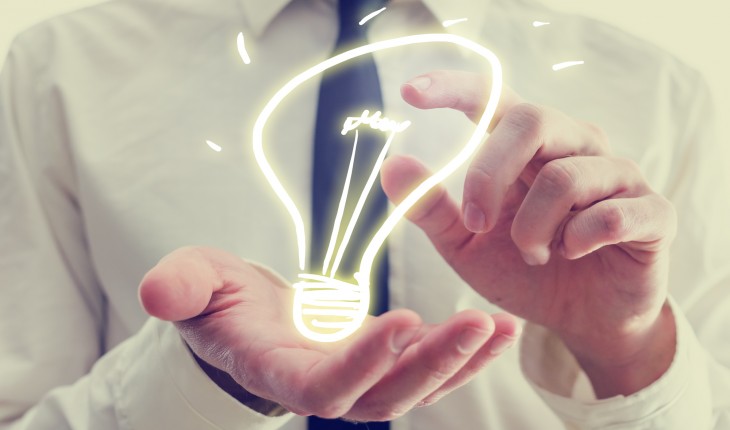 As I have been doing startup consulting at Red Rocket, I have also had many executive conversations with several big companies. These companies were anywhere from $150MM to $25BN in revenues in size, so definitely well-established businesses in their respective industries.

But, one thing had become perfectly clear in all cases: once a company gets to a certain size, it starts to lose its appetite for risk, across many facets of its business. And, the bigger the company gets, the more risk averse it gets, regardless of whether or not the company had innovation wired into its original DNA as a high-flying startup from years before.

There are many reasons for this.

Venture capitalists clearly understand risk. Investing in startups is about as risky an undertaking an investor can make. It is in those risks, that great companies are born and funded.

But, VCs understand that for every “home run” they hit, there are many more “strike outs” along the way. They also know they need to have enough “at bats” to make sure the home runs have a reasonable chance of getting hit, to offset the numerous strikeouts they will incur along the way.

Furthermore, VCs actually frown upon near term profits, knowing they are in a race for long term market dominance, and prefer to trade near term EBITDA for long term sales and market share.

Private equity firms take over when companies scale beyond the interest of the venture capitalists. And, most private equity firms are the antithesis of VCs in their thinking. They are more conservative in the way they value businesses, focusing on EBITDA instead of revenues.

The reason this happens is they tend to lever up their investments with a lot of debt, to save on equity capital required, which requires the business to drive a lot of profits to pay down their debts over time. Things you do to drive profits, are typically at the expense of reinvesting those profits into additional growth and innovation of the business.

Then, once companies go public, you have pretty much started the inevitable death of innovation in companies. Managing to quarterly earnings reports where companies are crucified for missing their forecasted earnings by as little as one penny per share, sending their stock prices tumbling, is the key driver here. 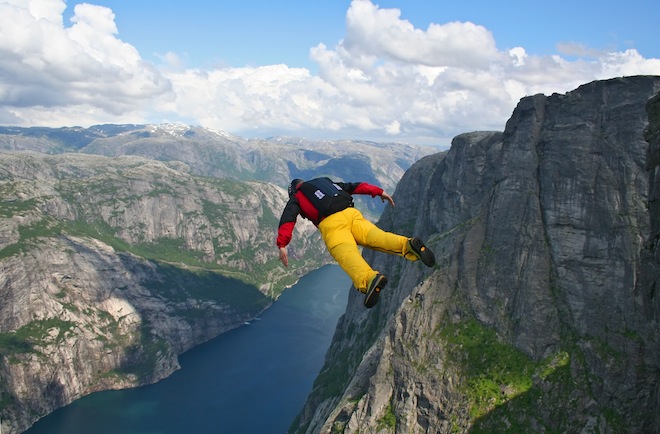 No big company board director or executive is willing to take any major risks that will trigger shareholder lawsuits in the wake of missing a quarterly earnings report.

The minute risk taking stops, innovation is quickly halted and the noose begins to tighten, slowly over time.

It would be better if public companies were incentivized for hitting five year sales targets, as in the VC world, instead of being held hostage to hitting quarterly earnings.

In some cases, I agree with that, as the jobs are really quite different. But, in many cases, that could be a mistake. For example, Apple kicked out founder Steve Jobs for a proven big company guy in John Sculley, and it wasn’t until it brought Steve Jobs back years later that Apple re-found its ability to innovate, designing great new products that consumers wanted to buy in mass.

One company that got it right was Google. Instead of kicking out founders Sergey Brin and Larry Page, it kept them involved in senior management under the tutelage of a proven big company guy, Eric Schmidt. Once they were trained in the issues of being a “big company” executive, they took the reins back, and never lost their commitment to entrepreneurship and innovation along the way.

That’s how a successful internet search engine ended up innovating driverless cars and a myriad of other new inventions in unrelated industries – it didn’t paint itself into a pre-determined box, as many big companies do.

Startups hire A-type personalities where entrepreneurship and risk taking is wired into their DNA. But, as companies get bigger, they build more formal human resources departments.

Human resources directors are typically risk averse in their hiring practices. There tends to be a “shift towards the middle,” hiring people that won’t “ruffle a lot of feathers” within the organization.

This creates two problems: (i) you typically lose a lot of the A-type personalities who are more innovative leaders; and (ii) you hire a bunch of people who all think and act exactly the same, with people not encouraged or rewarded for thinking outside the box.

Just like in the VC world, HR managers would be better served by hiring a few more “home run hitters,” even if they have a couple strikeouts along the way. Otherwise, your team batting average will end up at .250 hitting a bunch of singles and doubles, not at .350 with a chance for winning the World Series.

Managing towards the middle

Big companies are all about consensus building. And, as in life, when do big groups of people agree on most anything?

What things tend to get the most agreement? The things that most everybody can agree on, the stuff in the “middle,” that are not too extreme in thinking, one way or the other. Therefore the big ideas around new product innovations or merger candidates, often get passed over for simple iterations on proven things, where consensus can be built.

If companies were managed less like a democratic government, with everyone getting an equal vote, bolder ideas would have a higher chance of rising to the top and innovation would better prosper.

Promotion from within, feat of unknown

Nine times out of ten, a big company prefers to hire internally, with junior level people rising through the ranks into more senior positions. The plus side of that is it builds long term employee loyalty with people that know the business inside and out, at all levels along the way.

The downside is very few new ideas are brought to the table, from outsiders with a fresh perspective, that haven’t been brainwashed along the way on how to do things a certain way.

But, even if they are open to bringing in outsiders, the insiders can often veto people that they think are “smarter” than themselves, or who may jeopardize their personal career path, or even worse, innovate the business in a direction that could potentially put their own jobs at risk.

To me, business, like the evolution of life, should be all about “survival of the fittest.”

To wrap things up

Companies like Apple, Amazon and Google don’t get enough credit for continuing their meteoric growth since day one of their businesses, all the way into becoming multi-billion dollar companies. They are clearly exceptions to the rule, compared to most other businesses. They each made long-term commitments to innovation, as the core driver behind their decision making, regardless of the near-term consequences to their profitability or investor desires.

In addition, the one common thread to these companies was the fact the CEOs who founded these businesses, all stayed involved in senior management during their company’s growth. Guys like Steve Jobs, Jeff Bezos and Larry Page who all have entrepreneurship wired into their DNA, and would never be held hostage to their investors or let their teams or company culture become too “comfortable” in their success or too conservative in their thinking.

But, unfortunately, for every Apple out there, there are a thousand other companies that lost their “startup mojo” somewhere along the way.

Companies like Woolworth, Montgomery Ward, Borders Books, Blockbuster Video, American Motors and Pan Am Airlines, that once “ruled the roost” of their respective industries, to only get knocked off by more innovative competitors and come crashing down.

Their downfalls did not happen overnight, it happened over decades. But, the writing was on the wall the minute innovation got suffocated out of their businesses, for the reasons discussed above.

So, my appeal to all you big companies out there playing by “big company playbooks”: unless you are constantly innovating, building an entrepreneurial culture where risk-taking is encouraged, and hiring diverse teams of smart people who are entrepreneurs at their core, even if they don’t quite fit the company mold or create a sense of uneasiness into their more conservative peers, you ultimately risk heading to the corporate graveyard.

The question is, by when?

Be sure to read my companion piece on companies that are bucking the overall trend here, thriving with Corporate Venture Funds, Accelerator or Incubator Programs.

Read next: The ‘boring’ trait Google looks for in its leaders