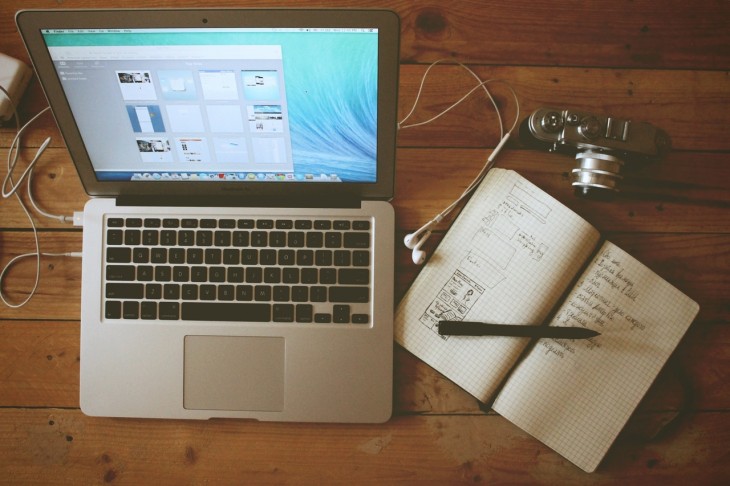 If there was a Godwin’s law for technology, it would go something like this: go to a startup event. Hear or be the person pitching a dating application. Stop—you’ve lost.

Entrepreneurs are trained to solve real pain points—their own, especially. The truth of the matter is that when you’re with a bunch of single, young men, this is one of the first problems they will encounter: the lack of single, young women.

The solution that comes to mind? Yet another application. If it can solve the broken hospitality, and taxi industries, surely it can solve the lack of gender inclusiveness in the startup scene.

The internet is being shaped by males to be comfortable for other males. For those of us fighting for an open, and inclusive Web, this is something that should change, and it’ll certainly take more than a new application.

Only about 5 to 10 percent of the venture capital devoted to early-stage ventures goes to females. This isn’t through blind luck, or through lack of trying. A double-blind study delivered the exact same startup pitch with both a male and female voice, and found that the pitch delivered by the male voice was preferred 68 percent of the time by investors, with no change other than the voice delivering the words.

Three out of 10 entrepreneurs starting their own business are female. It gets even worse in Silicon Valley, where only one out of 10 people starting technology startups are women.

Part of this has to do with factors external to the community itself. The ratio of women studying in computer science, one of the most valuable traits to have in a technology startup, has decreased from 37 percent of degree holders in 1985 to 14 percent in 2010. This is a societal issue, and there are no silver bullets.

Nevertheless, there is a feedback loop that links the startups that hire computer science majors with those who choose to major in the field. Women can and should feel comfortable working with technology, and carving out space in the Internet.

They should because women are very successful with technology. While there is selection bias (to be a female founder in Silicon Valley is to be an extraordinary person), the fact that women-led technology companies have achieved 35 percent higher return, and bring in 12 percent more revenue when venture-backed, all while running their companies on two-thirds of the funds allocated to their male counterparts.

All of this adds up to data that can only seek to encourage the inclusion of women in the startup world because it makes economic sense to do so.

It also makes intuitive sense. Successful communities are built on being open, and diverse. Everybody suffers when a perspective that could enhance the community goes under-represented or ignored.

The goal of technologists should be to build their technologies to be open and accessible to all: how can that goal be achieved when the community it is built with doesn’t reflect those values?

This isn’t just an existential problem for the startup community, it is one for society at large. With median real wages constantly decreasing, and investment in startups constantly increasing, the reality is that those who are able to run their own business will be the ones who thrive in this new digital age.

There are ways to reduce this risk. Here are some:

Easily said, hardly done: thus the crucible of the problem.

Etsy is a uniquely female-led internet community, an enclave for a group of mostly women selling to a group of other women. The problem Etsy faced is that the engineers responsible for fleshing out this community was, like most startups, dominated by males.

It was only by switching from poaching male senior engineers to training female junior engineers, that Etsy was able to change its internal culture. Etsy encouraged women to join its’ ranks, and created a sense of belonging for female engineers. In doing so, the company was able to attract high-level engineering talent, both male and female, who were inspired by the initiative.

There are no silver bullets, but change only comes when people move towards it.

2. Highlight the leaders that emerge

The role of female leaders that emerge from an inclusive community cannot be understated in a world where storytelling wields immense power. Sheryl Sandberg is able to inspire a generation of women to consider technology, and future leaders that step into her shoes will have a powerful narrative for which they will be contributors: the narrative that anybody that deserves to be a leader can become a leader in Silicon Valley.

The next generation will need leaders to look up to in the future, and it is up to technologists in the present to ensure that those leaders have the right platforms to tell their stories.

3. Reach out to the next generation

The next generation will need more than female leaders in technology. Technology needs to be relevant and cool for girls for there to be significant change going forward. Stressing how technology is a means to an end can help immensely: the applications of code in fields ranging as far as fashion to film-making can help girls realize that code is interweaved with every aspect of their lives.

Initiatives like Girls Learning Code and the Chic Geek which seek to educate girls about how they can build the future will help immensely. We need them to succeed, and for there to be further initiatives in order to break the loop that prevents women from entering technology because they don’t feel like they belong in the field.

A startup is built upon a viewpoint that is different: that it alone can succeed where so many others have failed. This is the birth of innovation: the belief that we must think differently to build differently. Silicon Valley was built on thinking differently—it was built on the premise that it doesn’t matter who you are—what matters is what you do.

In order to fully live out that promise, technologists should strive to include as many people as possible and judge them on the fruits of their labour. They should embrace inclusiveness as a key value, and see to it that they mean what they say. Change only comes when people move towards it. It can start with women, but it will never end. There is no end to the iteration of the products the Valley builds: why should there be any when it comes to its community of builders?

Thanks to Kylie Toh of the Chic Geek for giving suggestions, reading this over, and providing pictures from Ladies Learning Code, and Girls Learning Code

Don’t miss: What I learned in my first year as a female startup CEO