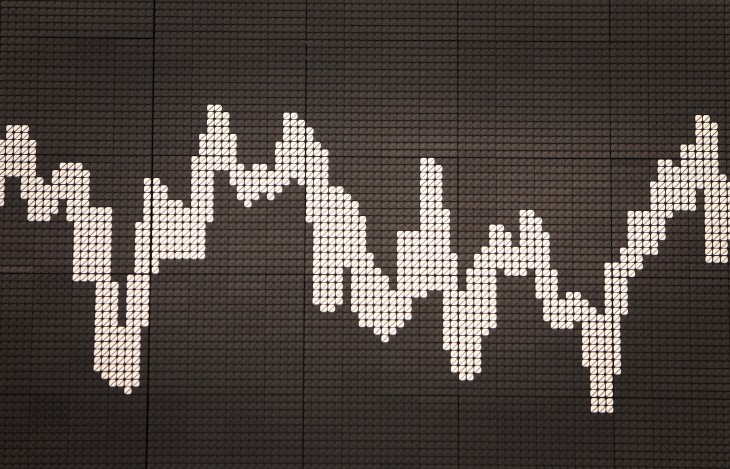 Andrej Kiska is an Associate at Credo Ventures.

“Why should I build a financial forecast for my fundraising presentation? There is no way I can predict what kind of numbers I can hit in the next four years.”

This is one of the most common reactions we get during a pitch when we ask about a financial forecast. And let’s not forget about “I built a conservative model showing USD 1MM in revenues in four years so I won’t look foolish” and “I wanted to show USD 500MM in revenue in four years because I heard investors like big numbers.”

These three reactions summarize how many entrepreneurs approach building a financial forecast.

The investors you are talking to (especially those with a financial background) will poke holes in any model you build, so get used to it. The goal of this post is not to share a manual that, if followed, will produce tears of joy in every investor’s eye. I would gladly share such a piece if I believed it exists.

A lot of the mistakes I have seen entrepreneurs commit over the years have to do with the attitude and approach toward building the forecast, not necessarily with the lack of Excel skills.

If you have the right approach toward forecasting, it shouldn’t be too difficult to build a model that you won’t get embarrassed over during an investor meeting. Here are some of the problems with the approaches mentioned above along with some inspiration from later stage companies and thoughts on how to replicate the later-stage approach at Series A level.

When to build a forecast

Before tackling the “how” question, it is more important to understand when you are expected to have a financial model. I have argued in numerous discussions that it is ridiculous that some angel investors, especially in Europe, require lengthy financial models.

In my opinion, companies raising their angel and seed rounds shouldn’t bother with complicated models (after reading this post I hope it will be obvious why); but they should be able to clearly show (i) how much they want to fundraise and why, and (ii) that they are attacking a large, ideally multi-billion dollar market.

I have already written a lengthy post on startup valuations and investment sizes, so let’s focus on the tricky part: how to build a model for Series A fundraising, when you are expected to show a serious forecast including revenue projections rooted in your knowledge about the market.

The problem with the first approach to forecasting mentioned above? Not building one. Investors understand that you can’t build an accurate model for the next four years. For them, the model is a tool that shows how you think about your market, how well you know it, and what your assumptions are.

At the same time, they are testing your attitude and personality. The most frequent reason I hear for not building a model is that it is either too difficult or it just doesn’t make sense. However, this makes us wonder what would happen if your startup will run into challenges that you consider too difficult or your market will desire a product you don’t believe makes sense and don’t bother to test it.

If your model shows USD 1MM in revenue in four years, how will you justify 10x+ return for your investor’s USD 500k investment? The same logic applies to any Series A investment proposal in which the investment size is a double digit percentage compared to the forecasted four-five year revenue.

And if you dare to show USD 500MM in revenue after four years without having very strong evidence to show that such a forecast is realistic, then you are just going to look foolish.

A fourth approach that will get you in trouble in front of investors is a top-down calculation. It goes along the lines of: size of our market is X, if we only capture Y percent of it we can get generate staggering revenues.

While it is good to show the size of your market (if you can define it well), the rest of the calculation exposes you to an obvious question: why do you think you can capture Y percent? Why not 5x more or 5x less? Such a question is generally very hard to answer and makes you look immature in front of potential investors.

What to follow: the approach of Series B and beyond

Once you’ve reached the Series B level and beyond, forecasting gets simpler: you already have plenty of traction and first-hand experience from your market. The robust customer and lead statistics you own give you great insights into the length of your sales cycle for direct sales efforts, conversion rates for your SaaS model, k-factor and engagement metrics for your consumer application and so on.

Such knowledge gives you a tremendous edge when building a financial model: if I hire X new sales people, I can expect them to generate Y in revenue in Z period of time. If I invest X in marketing efforts, I get Y people signed up for my free SaaS product, out of which Z will convert into paying customers. Oh, and I will need W for infrastructure investment to support my growth.

Given the dynamic environment that every startup operates in, you will never be able to forecast out for more than a year with too much accuracy. But you are in a much better position at this stage than you were while fundraising for your Series A.

How to build a forecast for your Series A

It is the lack of such data at the Series A (let alone seed) stage that makes the forecasting so difficult: you are essentially trying to replicate the approach of later stage companies without having the right information.

Marc Andreessen said in this conversation that he likes to see companies doing nose counting: take the potential customers you (or someone in your company) know who operate in your market, estimate how much they are willing to pay, and, voila, that’s your first revenue forecast. Andreessen is essentially speaking about building a bottom-up forecast using the information you already know about your industry. It is a great approach if you are a veteran entrepreneur who is well connected.

But what about the first-time founders who are bringing incredible technologies to their markets, but don’t have the necessary connections to speak with enough potential customers?

I would argue that first-time founders must approach their fundraising a bit differently, both in seed and Series A. Be prepared to devote part of your seed round for “Series A stuff” – both in fundraising size and time management.

Collect as much of the “Series B data” as possible as soon as you can. Devote part of your seed round to experimenting with early marketing and sales efforts to collect the data. Yes, you don’t have a product, but I hope I don’t have to recite the lessons of The Lean Startup to you.

Encourage the “hustler” of your early team to spend as much time talking to potential customers as possible, and try to close as many deals as you can at least in early transaction forms such as pre-orders, signed future contractual obligations, etc.

Even such early data can aid you tremendously when building a bottom-up model. Once you have at least a basic idea about your go-to-market costs and implied revenue, building the remaining cost side of your model is relatively straightforward. I cover cost budgeting in some detail in the investment size post.

Be open with your investor about the logic of your model. State all the key assumptions and methods you used to validate them. A good Series A investor understands that any forecast will be tricky, so don’t be afraid to admit that there are a lot questions you don’t have answers to.

Ideally, try asking for specific help from the investor. If you can get the investor to help you with the forecast, you have increased your chances of getting funded substantially.

At the end of the day, the goal of the forecast at Series A is to show the investor that you have the right mindset and personality rather than the financial skills: if you prove that you are smart, humble, coachable and willing to take on difficult tasks, the investor is much more likely to help and invest in you than if you bring a brilliant model but don’t display the right attitude.

Read next: Microsoft to drop Gold subscription requirement for entertainment apps on Xbox One and Xbox 360 in June