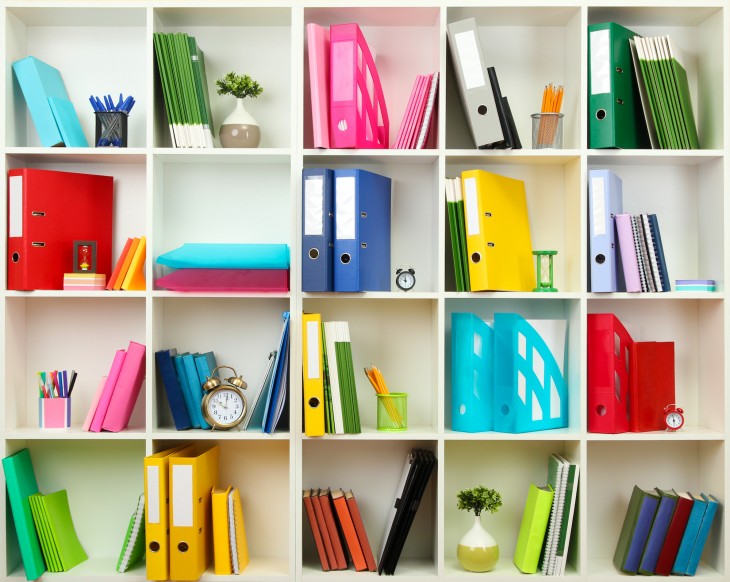 Think small and you will achieve big things. That’s the Yoda-esque, counterintuitive philosophy that nets Finnish game company Supercell revenues of millions of dollars a day.

So really, how do you build a billion-dollar business by thinking small?

One key is the company’s supercell organizational model. Autonomous teams, or “cells,” of four to six people position the company to be nimble and innovative.

Similar modules — call them squads, pods, cells, startups within startups — are the basic components in many other nimble, growing companies, including Spotify and Automattic. The future, as Dave Gray argues in The Connected Company, is podular.

Still, small groups of people do not necessarily make a thriving business, as the fate of many a fledgling startup warns. What is it about the cells and pods model that presents not just a viable alternative but the future of designing how we work together?

It preserves some of the spark. Let’s go back to Supercell’s terminology.

Reflecting both its Latin roots (meaning “small room”) and what we learn about in biology (the smallest structural and functional unit of an organism), cells provide the dynamism and flow of building something together with a few people in the same room. It’s not just that these teams are small, they’re often cross-functional and self-managing, with members totaling in the single digits and probably eating two pizzas.

Achieving big in this podular future requires thinking about what makes that small team magic yield more than a sum of its parts and how to make that synchronize that throughout an entire organization and scalable for sustainable growth.

Autonomy is such a key factor in these small teams that they’re often referred to as startups within a startup. It’s no surprise; autonomy helps you move fast because you don’t get mired in decision-making by committee and inefficient coordination.

Autonomy is also incredibly motivating. People crave some degree of control and self-determination to make, build, create awesome things rather than being told what to do.

Yet letting loose a bunch of people and proclaiming “Go forth and be autonomous!” will likely result in chaos, just like mashing a bunch of small startups together to create a larger company wouldn’t work. You have to think about what brings the cells together and how to scale that organizational glue.

The counterpart to autonomy is alignment, as Henrik Kniberg, an agile & lean coach who works very closely with the rapidly growing Spotify, explains.

At Spotify, engineers and product people work within a kind of matrix organization that evolved out of a need to scale agile teams. Their basic unit or “cell” is called a “squad,” a cross-functional, self-organizing, co-located team of less than eight people that has autonomy on what to build and how.

While each squad has a mission to work towards, they still have to harmonize across many levels — on product, company priorities, strategies, and other squads.

The trick, Kniberg explains, is not to frame autonomy and alignment as poles on a spectrum but as dimensions. The goal is high autonomy/high alignment within this framework.

Alignment is what enables autonomy. The stronger the alignment, the more autonomy you can grant because you don’t have to worry that people are going in a million different directions.

What does that mean in practice? “The leader’s job is to communicate what problem needs to be solved and why, and the squads collaborate with each other to find the best solution.”

Kniberg sums it up this way: “the key principle is be autonomous but don’t suboptimize.” The company’s overall mission simultaneously takes precedence over individual squad’s and individual’s missions while granting people the ability to direct themselves.

It boils down to this: “be a good citizen in the Spotify ecosystem.”

Companies adopt these principles in different ways, according to their needs and cultures. But in studying similarly structured companies, I noticed three ways they create their ecosystem to encourage high alignment/high autonomy and good organizational citizenship.

If you’re building a high autonomy/high alignment work culture, hiring is a priority concern. You want people in place who will thrive within and contribute to both dimensions.

The “best people” often gets boiled down to what’s the most talented and has the most skill. But that ignores the fact that people must work together. The actual “best people” then have a balance of autonomy and alignment in themselves too. They’re both self-directed and collaborative.

For Spotify, that means filtering out people who don’t really care to align with anything outside of themselves – “the talented jerks,” as Jonas Aman, part of the People Operations team, puts it. “We don’t want to hire people who are very good at what they do but can’t work together with other people.”

To do this, they scrutinize how candidates communicate about work they’ve done previously. Do they only talk about themselves? How do they talk about other people?

“The best way to predict future behavior is to look at past behavior,” reasons Jonas.

2. Manage progress and people rather than power

Mini-startups can sound very flat, but alignment, especially as you scale, requires some management, whether they have that title or not.

Take Automattic, which is best known for making WordPress, for example. It currently has over 200 employees, but when it got to about 50 people, the company transitioned from a completely flat structure to the mini-startup collective model. Designated managers, or “team leads” help allocate work and provide direction.

As a team lead at Automattic, Beau Lebens describes his job as “keeping the trains running — making sure that as a team we’re focusing, helping schedule priorities, or redirecting things to another team if they don’t make sense for us.”

a mix all the way from ‘the top’ (general strategic direction) down through other team leads (coordination where there’s team cross-over) through me (mainly prioritization and just helping people focus and not get tangled up in other things) to the team, which often decides who will specifically work on what, how to tackle specific projects, how to break it up, etc.

So top-down communication helps provide direction and purpose — the “why” — and teams decide how to go about finding the best solution — and it’s the team leads who largely make sure everyone’s in alignment.

This more fluid, emergent style of management also applies theprogress principle, the fact that making progress is the most powerful motivator.

In high autonomy/high alignment cultures, the job of managers and leaders is to help people make progress and make sure everyone’s on the same page about what progress entails. They do this by providing guidance, support, and making sure people have what they need, rather than a low-autonomy GPS-style management of giving turn-by-turn directions.

Enabling progress on all levels also requires transparency and distributing information. At Supercell, Paananen sends a daily company-wide email with key performance indicators to all employees so that nobody is left in the dark.

He explains, “It isn’t restricted to executives, it is the same information released at the same time so we can all figure out on our own what is needed.”

Transparency is one of Automattic’s most prominent values. Beau’s team uses iDoneThis to keep on the same page on what everyone’s working on and to gauge progress all in one place, which helps align his team who’s distributed across multiple time zones.

In addition, roughly 80 percent of all internal communication at Automattic takes place on its P2 blogs, which are organized variously by function, teams, and projects and run on WordPress’s own real-time theme. Rather than information getting hoarded away, decisions and discussions are documented, shared, searchable and viewable to everyone in the company.

When everyone has the knowledge they need at their fingertips, they don’t have to wait around to get to work or make decisions, they can just do it. Distributing information also means distributing power, and sharing knowledge helps align teams together.

People need autonomy, mastery, and purpose to be sustainably motivated and engaged at work, as Dan Pink describes in his book,Drive. Companies like Supercell, Spotify, and Automattic show how Pink’s insights can apply to create not just intrinsic motivation for individuals but people management and collective focus at an organizational level.

People in cellular, agile teams thrive on autonomy and mastery — which are self-centered elements — but they are also guided, connected, and even elevated through purpose, which Pink describes as “our yearning to be part of something larger than ourselves.”

By definition, as organization, there should be a collective purpose, but it’s often unclear or diluted through things like unhealthy politics, mismanagement, or even being at odds with the people you hire.

In building and scaling organizations, communicating, refining, and helping people carry out that purpose is vital to creating good citizens in your work ecosystem. Like pods and squads and cells, it’s about the yin and yang of holding the individual and the collective in your mind at once and thinking about how you can grow together.

Remember that we’re all made of smaller stuff, that small seeds can grow into giant trees, that small cells and pods can grow, in the right conditions, to achieve greater things.

Read next: Alibaba files for its IPO with 618 million users and $5.55 billion in annual revenue