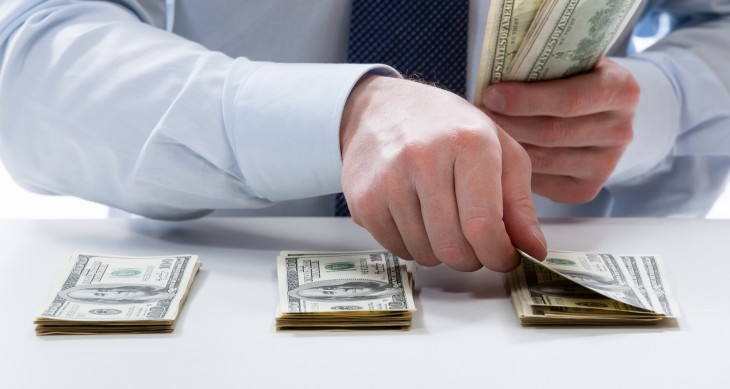 Ilya Pozin is the founder of Open Me and Ciplex and is a columnist for Inc, Forbes and LinkedIn.

What if everyone at your company knew your salary? Would it make your company more transparent, lean, productive, and motivated? Or would it lead to hurt feelings and foster a more toxic company culture?

One of the newest company culture trends is the transparent salary, where organizations make the salaries of all employees public knowledge within the company. Want to know what Dave the IT developer makes? Now, you can. Want to know how the organization figured out Tina in marketing’s paycheck? Here’s the internal formula the company uses to calculate salary ranges.

The logic behind the trend is to help foster transparency within their companies, and it’s not hard to understand why. Gallup recently discovered 70 percent of the American workforce is disengaged on the job, costing the economy approximately $550 billion in lost productivity.

When asked what was holding back their company in a survey by Fierce Inc., 51 percent of respondents pointed to a lack of organizational transparency.

But are public salaries the way to increase transparency, or a cultural misstep?

Companies are jumping on the open salary bandwagon

Social media company Buffer made waves when it announced it was going to implement an open salary policy at the company in the name of “radical transparency.”

At Buffer, not only are all salaries made public, but the company also made available the formula and metrics by which they calculated how much every employee should make. If you were an employee at Buffer with a question about how the organization arrived at your paycheck, you could now literally do the math yourself.

According to Buffer, “One key reason transparency is a such a powerful value for a company’s culture is trust: Transparency breeds trust, and trust is the foundation of great teamwork.”

Data analytics company SumAll agreed; it also adopted a policy of openness in regards to salary and shares. The organization saw this as a chance to make transparency and trust the building blocks of its company culture.

“The usual corporate doctrine can be configured poorly for employees. It’s almost designed to enable evil to happen,” CEO Dane Atkinson told The New York Times. “You can tell an employee they have 10,000 shares, but it doesn’t mean much if I just give myself 100 million shares or whatever. Their stake is going to be worthless.”

If you think open salaries are just a buzzy trend with no value, think again. Recent research from UC Berkeley published in The Atlantic found making salaries transparent actually has the possibility of increasing employee productivity.

In a field experiment, author and researcher Emiliano Huet-Vaughn divided people into two groups. One was told the going rate of their fellow workers and the other was kept in the dark about the financial compensation of others doing similar work.

Huet-Vaughn found those who had received the salary information were actually more productive than their counterparts. In fact, work output in the informed group grew by as much as 10 percent.

Income inequality is unfortunately still a major problem for women and minorities. Salary transparency wouldn’t just be good for your company’s bottom line, it would also improve the odds of equal pay for equal work.

If women and minority employees could see through the salary levels at their organizations, they would be in a better position to negotiate with management.

Layers upon layers of hierarchies and hidden company information makes income disparity easier to hide. Adopting radical transparency policies not only increases trust between management and employees, it also improves equality and diversity within your company.

Employees won’t have to wonder if they’re making what they deserve if they have sightlines throughout the organization.

Of course, opening up the salary floodgates might not always be a net positive for your company. Your employees might not want their salaries to go public within the organization – and being able to see everyone’s paycheck could easily lead to hurt feelings.

If your company suffers from office politics, adopting a transparent salary policy might actually make this politicking worse. Imagine thinking the coworker in the next cubicle isn’t pulling his weight and then discovering he actually makes more than you do. There are plenty of opportunities for resentment if you’re not careful when implementing such a radical policy.

Opening up salary information to the public, even if it’s just internally in your company, is a radical move. You can’t just unilaterally decide it’s the right move for your company without consulting the employees involved.

Make sure everyone in your company is on board – explain the benefits of having a more transparent company, and field questions and concerns from your workforce. As a bonus, if you bring employees into the process, you’re further demonstrating your commitment to organizational transparency.

It’s a big, bold move, but for some companies, making salaries transparent has the ability to improve equality, spur productivity, and keep your best people engaged.

What do you think? Would you ever make salaries public? Why or why not? Share in the comments!