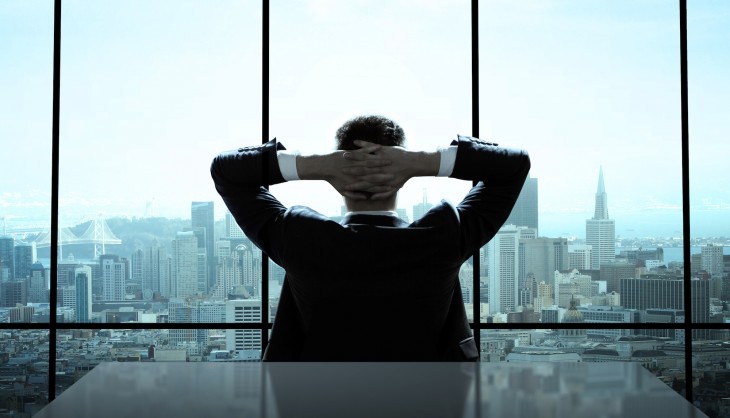 Walter Chen is the founder and CEO of iDoneThis, the easiest way to share and celebrate what you get done at work, every day. On his downtime, he blogs about management, entrepreneurship, and happiness on the iDoneThis blog.

Getting rid of managers may seem like just another tech trend, but much of the skepticism around going “bossless” or flat is due to misleading terminology. We don’t quite have a good vocabulary for it yet — no managers doesn’t mean no management, and flat structure doesn’t mean everyone has equal sway.

Power, leadership, and even hierarchy still exist in these alternative structures, but instead of running along career ladders and hanging out in corner offices, they tend to be decentralized and dynamic rather than static and top-down.

Recently Zappos and Medium ditched the organizational chart to embrace holacracy — which is an extremely structured system of management involving circles of authority and a body of governing rules. John Bunch, one of the leaders overseeing the adoption of holocracy at Zappos describes the new system as a redistribution of influence and power that allows for clarity of expectations in roles and decision-making:

“[d]istribution of accountability and authority, taken together, enable something very powerful: distributed leadership.”

At its heart, the move away from bosses is a reaction against command and control management. Bossy practices and overbearing pecking orders disconnect people from meaning and intrinsic motivation at work.

Talented people don’t go into startups to follow step-by-step directions and wait for approval at every turn. They want to move fast, break things, discover, and create — not be treated like children.

Your company doesn’t have to get rid of managers or implement some formal system to adopt practices that will help your employees flourish. You do, however, have to build a foundation of trust and set up ways to guide and enable your employees to be collaborative, peer-managing leaders.

Moving towards bosslessness, as with these three approaches, is a process of figuring out a better way for great employees to thrive and develop great companies.

1. Manage people, not tasks, by setting them up to succeed

To enable people to manage themselves and each other, you have to help set them up to succeed. For Ryan Tomayko, director of engineering at Github, that means subverting bureaucracy and the inefficiency of commands. Tomayko describes his philosophy:

Essentially, I try to create little mini-managers, each responsible for managing a single person: themselves.

At first this is mainly about teaching people how to figure out what to work on right now (prioritization). Then it’s more a matter of building their confidence both in themselves and their team to a point where they just do things they know is right without even talking to me (autonomy).

Rather than assigning and approving tasks at every turn, then, management is about keeping people in motion and getting out of their way.

When you equip people with the knowledge they need to move forward, you don’t have to keep telling them what to do. Freeing the flow of information from gatekeepers and bottlenecks increases agility and resourcefulness.

In fact, Rich Paret of the Twitter-acquired Crashlytics identifies the visibility of information as the key to scale:

For the multibillion dollar games company, Supercell, that takes the form of daily morning emails with details from project progress and revenue figures to help orient not just some top circle but every employee. CEO Ilkka Paananen explains: “If you provide people with the key information, you don’t need to tell people what to do, they can figure it out for themselves.

Buzzfeed also makes work details transparent, inspired by a process started at Google called “Snippets”. Everyone sends in an email with what they get done and what they need help with to keep moving. Since people can subscribe to each other’s updates, Snippets provides an at-a-glance view of what’s happening in the company.

3. Harness the power of the network

Descriptions of bosslessness imply disorder to skeptics because they dismantle the relationships of traditional management but don’t explain what replaces them. CEO and cofounder of GitHub, Tom Preston-Werner, clarifies that the new organizational order is not actually flat or an organizational tree but a neural network in which “[e]veryone talks to anyone.”

[T]hat means that instead of everyone being the same, you embrace that everyone is different, and you look at the strength of connections between people, the communication channels, and how information travels amongst them.

These connections and channels are an important, often overlooked source of motivation, support, and information. Bosses don’t always know best, but peers tend to be equipped with the most relevant knowledge to provide feedback and recognition. They know when someone is stepping up or slacking because they see and deal with it first-hand.

One study by Greg Stewart and Stephen Courtright even found that when peers in cohesive self-managing teams have some control over each other’s rewards — such as raises, bonuses, and promotions, which traditionally exist as top-down edicts — both individual and team performance improve.

Shopify’s internal tool Unicorn is one such peer-driven bonus system where employees can give public kudos for great work and support. This also furnishes managers with on-the-ground information about how to best help people succeed.

Shopify’s bonus system won’t work for every team or company. Managing people rather than tasks requires you to think about your particular culture and people to implement the best tools and processes.

Moving towards bosslessness takes work and creates its own issues such as the problem of filtering the noise of increased transparency. But increasingly, organizations are starting to see the advantages of that extra work and the productive mental metamorphosis caused by the ability to say “I’m my own manager” rather than “I’m just some underling.”

What works for one organization’s culture may not for another, but the characteristics they share will be that people do great work together based on a sense of autonomy, trust, and shared accountability.

Read next: Yahoo is reportedly ready to commission Netflix-like original TV series for a new push into video