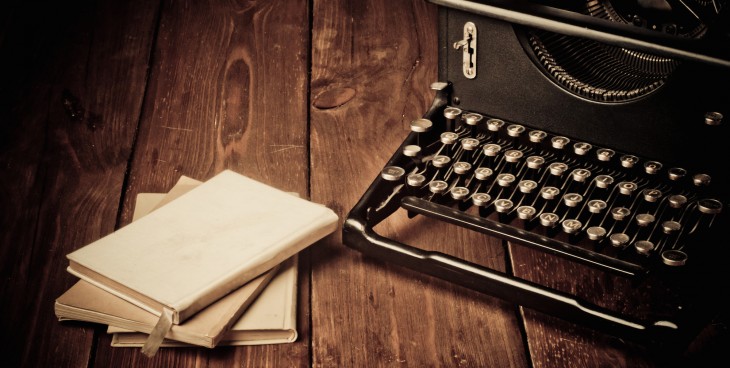 Paul Jarvis is a Web designer and bestselling author, who’s obsessed with nature and hairless rats. His latest book, Everything I Know, is a guide to freelancing as a creative professional.

My favourite activity while I lived in Tofino, BC was attending my artist friend, Roy Henry Vickers’ storytellings. His art gallery is a large room, set mostly in cedar, with an inset middle area where people can sit at several levels and listen.

Roy Henry is First-Nations, so his culture is one of passing information to the next generation through story. And he does it well. So well, that the handful of times a year he tells stories for a few days in a row, the room is always full.

I’ve heard many of his stories more than once. I enjoy those the most, since I know what’s coming I can focus on his delivery and emotion. Sometimes there are tears. Most of the time there’s laughter. But every time, the stories are more visual than watching television.

No mic or stage required, just Roy Henry standing level with everyone else. Even the prints I own of his remind me of the stories he’s told – and I have quite a few.

Storytelling is as old as any culture, but probably better preserved as a practice with First-Nations than European culture. It was the primary way of passing along information, long before the written word even existed.

We’re still hardwired to learn better if someone’s words have meaning and emotion to them (proven with science!) because the use of narrative helps our brain focus. That’s because the neurons that fire when we’re listening to a story are the same ones that’d fire if we were actually doing what’s happening in the story.

It’s why you get scared during a scary movie even though you know it’s not real, or why I forget there are other people in the room when Roy Henry is storytelling.

Antonio and Hanna Damasio, USC Professors of Neuroscience, did studies on how emotion shapes our thoughts. It turns out, they shape them a great deal and we don’t learn without them. Stories are a catalyst for emotion since they take facts and other things we want to retain and put them into an emotional structure.

Roy Henry isn’t the only one to use stories to pass along information (even if he is my favourite).

All Seth Godin’s books are parables, citing real examples and people to make these points about marketing.

Almost every TED talk starts with the speaker telling some first-hand experience that shaped the information that follows in their talk. Good marketers have used stories to get consumers to do what they want for years—look at any commercial that doesn’t show the product it’s selling, except maybe at the very end, once the story finishes.

So, what makes a good story? What are the common elements of good storytelling? Here are a few commonalities I’ve noticed while watching and reading my favourite storytellers.

Good stories are easy to understand. They’re also told in a language that matches the way the intended audience communicates, so they don’t need to spend time interpreting and then absorbing.

Simplicity also aides in memorability, because the overall lesson is easy to grasp in summary.

Just like Roy Henry, who experiences the stories he tells as he’s telling them, good storytelling requires an emotional component. Most of the memorable ones have humour, pain or joy (sometimes all three). If every story were simply facts stated, one after another, most of us wouldn’t listen or remember any of it.

Not truth in the scientific sense, where there’s an objective fact stated, but true insofar as the tellers believe in what they’re saying and are honest with themselves and their audience about it.

Good stories are first-hand experiences the teller actually witnessed. Even if it’s a story that’s passed on generationally, an effective one still has an element of how that story relates directly to the teller, told in the teller’s own words.

Regardless of the audience size, a good story works for any audience. One to one million. It isn’t concerned with how many people can hear it, just that someone, somewhere is listening to it.

Think about these elements the next time you want to tell someone something – whether it’s to sell a product/service, make a point, or give a speech. How can you reinforce what you’ve got to say with a good story?

And the next time you find yourself in Tofino, BC, stop by the Eagle Aerie Gallery. I hope you’ll be lucky enough to be there when Roy Henry is storytelling.

Read next: Prism for iPhone has a fascinating new take on photo filters