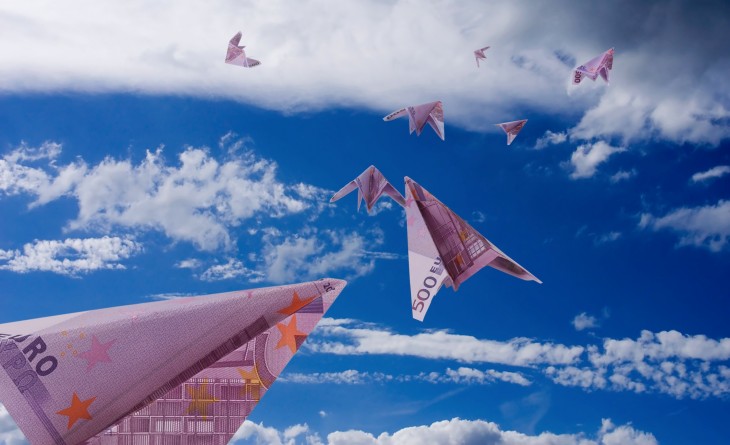 George Deeb is the Managing Partner at Chicago-based Red Rocket Ventures, a startup consulting and financial advisory firm based in Chicago.

This really is not a simple question to answer. There are so many nuances that go into assessing the right answer:

So, in light of all these moving pieces, I will do my best to layout some high level guidance.

Based on the above questions:

(i) the softer the economy, the more you should protect your cash reserves to weather the storm;

(ii) the better the financing climate, the more comfortable you should feel in accelerating growth with access to investors;

(iii) I think B2C businesses need to think “faster” than B2B businesses, given the nuances of consumer behavior vs. corporate behavior;

(iv) it is always best to be the first mover, and accelerate your lead when you can (or catch up if you are not first);

(v) the more complex or defensible your business, the less speed becomes an issue;

(vi) the larger the market, the more room there is for multiple companies to thrive, and hence speed becomes less an issue;

(vii) brand new markets or business concepts are typically dominated by the first mover, so move quickly at the expense of profits;

and (viii) venture backed businesses trying to dominate the world, need to move quickly to ensure growth and liquidity value for your investors.

Groupon is the fastest company to earn $1BN in revenue in the history of business. The company went from zero revenue in 2008 to $1.6BN of revenues in 2011 (in its first three years). And, it spent hundreds of millions of dollars in capital and startup losses, to achieve a dominant market position in the “daily deals” space.

Why was that the right answer and strategy for Groupon? First of all, its product was not all that hard to build, and its early success spawned hundreds of competitors.

Secondly,  it was the first mover with a highly-lucrative new business model, and it wanted to dominate the global markets before anyone else did. Thirdly, Groupon’s biggest competitor, LivingSocial, was also investing hundreds of millions of dollars in trying to catch up and take the lead in the daily deals space.

What was the outcome? A publicly traded five-year old company valued at $6BN, where most of its competitors never achieved scale, and its long term business model is still being optimized.

There wasn’t a clear e-commerce model to drive revenues with. And, its executives and investors decided the idea was so revolutionary, as a communication platform, that it was critical to get all consumers locked up, even without a clear revenue model.

Now, let’s look at a third example, this time for a late/slow mover.

Streampix is the streaming movie service of Comcast, launched to go head-to-head with Netflix. This was already a very crowded space with YouTube, Hulu, Redbox, Amazon, iTunes and others trying to dominate online movie streaming.

But, why was that an acceptable launch plan for Comcast? It already had all the studio and network relationships. It also had the cable box hardware in everyone’s homes, making it an easy upsell.

It was a simple message to consumers to simply stream online movies from Comcast, instead of Netflix, for a lower price bundled into your cable service. Additionally, Comcast is much better funded to afford the high content licensing costs with the film studios.

Time will tell if Streampix can build a market leadership position. But, this late/slow mover has as good a chance as anybody, given the nature of it business, its industry and the current market dynamics.

So, growth or profit first?

As I said before, each business has its own unique considerations. Study your options, and plan accordingly.

I am always a fan of moving faster, at the expense of near term profits. It is typically better to go on a market share “land grab,” in front of your competitors, provided your funding resources will allow you to do so.

You can always tinker with revenue models and long term profitability, once a large audience has been built. You can’t always get and maintain an early mover advantage.

And, although slower movers can achieve success, their road will be littered with many competitors in their way, making it a much harder journey. So, where you can, focus on growth up until the point you are comfortable you can “lift off the accelerator” without sacrificing your long term market leadership position.

Read next: Rise of the (consumer) robots: Why a top Russian tech entrepreneur bets big on robotics