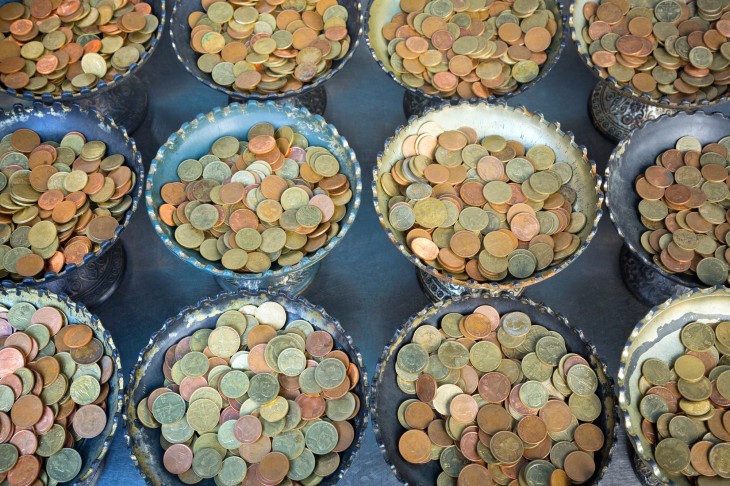 Kraig Swensrud is the CEO & Co-Founder of GetFeedback.com, a modern survey marketing application designed and built for a mobile world. Kraig previously was the Chief Marketing Officer at salesforce.com.

We’re in the midst of the biggest technology boom in a decade. Dropbox and Box are following Twitter and Facebook into celebrity IPO territory. Venture capital returns for 2013 were at a 10-year high. Companies are competing for talent, employees are calling the shots, and there are no signs of the momentum slowing down.

The gains of this boom, however, have been partially overshadowed by a debate about the impact of tech’s dazzling success on the general welfare of our communities. From gripes about outrageously high rents to protests about the Google buses unfairly using public bus spaces, the boom has a ripple effect that touches every individual in our community.

So how can we leverage this great success to give back to the community—and the world—in a meaningful way?

Over the past decade or so, consumers have successfully influenced companies to exhibit increased social responsibility. It’s a sign of progress that we are now thinking beyond bottom-line profits and playing a greater, more pro-active role in improving the communities in which we work.

The so-called “triple bottom-line” is a movement for companies to succeed in 1) financial profitability, but to do so in parallel with 2) social responsibility, and 3) environmental initiatives.

The movement is validated in our country’s legal structure: Benefit corporations, a triple bottom-line legal structure alternative to C-Corps, S-Corps and LLCs, are now permitted in 20 states. More than 1,000 B Corps—a sister certification that verifies a company’s social responsibility merit—now exist across 60 industries.

The movement towards a triple bottom line philosophy has played out in the technology industry in unique ways. Bill Gates, who devoted himself to the Gates Foundation after his retirement as the CEO of Microsoft, might be the most widely-known example of a tech titan giving back.

Despite the incredible success of the Gates Foundation, the model of waiting to give until retirement is one that is currently being challenged.

Since salesforce.com adopted the 1/1/1 model upon its founding in 1999, it have been able to give back along the way — and as the company grows, its giving grows as well. Over the last 15 years, the Salesforce Foundation has donated over $53 million in grants, provided its technology free of charge or at deeply discounted rates to 19,000 non-profit organizations, and salesforce.com employees have delivered over 525,000 hours of volunteerism to communities around the world.

By all indications, technology companies are more philanthropic than they’ve ever been and giving back is becoming a core value in Silicon Valley’s culture.

Variations of the 1/1/1 model are already being embraced widely amongst the tech community including philanthropic programs at GetFeedback.com, Google, VMWare, Workday, Splunk, Zynga, Appirio, and Atlassian, among others.

Tech’s newest industry titans are giving back earlier in their careers as well. Mark Zuckerberg and his wife Priscilla Chan donated almost $1 billion to the Silicon Valley Community Foundation last year, making it one of the biggest foundations in the United States, according to Philanthropy.com.

Laura Arrillaga-Andreessen, wife of venture capitalist Marc Andreessen, runs The Silicon Valley Venture Fund and consults with tech leaders on how to give back throughout their careers.

Philanthropy is now a consideration even at the funding level—eBay founder Pierre Omidyar’s Omidyar Network invests in both for-profit and non-profit organizations based on their potential to impact the world.

With corporate social responsibility becoming the norm, it’s important for every new tech startup to include philanthropic efforts as part of their core strategy—from day one.

Read next: Facebook for Android gets support for photos in comments, editing albums, untagging, and more