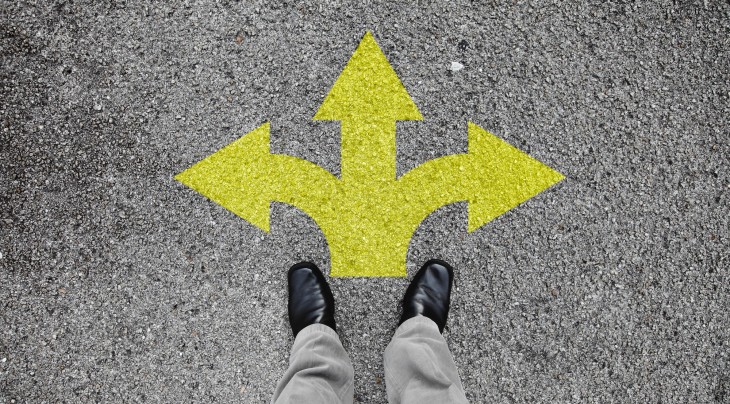 Ryan Hoover is the co-creator of Product Hunt and EIR at Tradecraft. Visit his blog to read more about startups and product design.

Twitter is confusing. Early on, skeptics questioned, “What problem does it solve?” Even its founders couldn’t quite describe it, let alone foresee what it would become.

It wasn’t clear what [Twitter] was. They called it a social network, they called it microblogging, but it was hard to define, because it didn’t replace anything. There was this path of discovery with something like that, where over time you figure out what it is. – Ev Williams (source)

How can stupid-sounding startups with untested ideas become so successful?

“It sounded crazy, so we went with it.”

Last month I met Abdur Chowdhury, ex-Summize/Twitter and now CEO of Pushd. He spent the last year and a half building a team and infrastructure for experimentation. They created three products and killed them all before launching publicly.

With each one, they learn and invest in technology for their next idea. The small team of six are positioned to move quickly and accept that failure is progress as long as they learn.

Their latest product is an odd one. Abdur unabashedly admits it’s kind of crazy. They call it Gummy.

Gummy is a mobile app where users create Gummies, digital cards people pass to nearby friends. The app uses GPS and Bluetooth to deliver Gummies to friends only when they see each other.

Curiously, I asked where the idea came from. Abdur explained:

Me and the team sat in a room, brainstorming ideas. Then Ben [one of the mobile engineers on the team] suggested a concept around sticking pieces of media to friends and people in the real world. It was absurd. It sounded crazy. So we ran with it.

A week later, the team had the first version of the Gummy app.

They didn’t talk to people. They didn’t do market research. They didn’t create a landing page to see if people would enter their email. They just built it.

For the past year, they invested in the team and technology to prioritize speed of iteration with disregard to traditional methods of customer development and company building.

Some things just have to exist first

As I’ve written about before, not all feedback is equal. Someone that proclaims interest in an imaginary product provides a far less reliable signal of true desire than a person that has attempted to build their own solution to the same problem. Furthermore, a paying customer is an even better indicator that they truly care. Feedback fidelity varies and matters a lot.

You’ve heard them all before: Lean methodology, customer interviews, landing page tests, concierge experiments, and other tactics for testing hypotheses and measuring demand before building a product. In many cases, these are good advice but sometimes it’s a waste of time or worse, directs entrepreneurs away from something truly great.

In Twitter’s case, no interview or experiment would have predicted its success; in fact, it may have even deterred the founders from building it in the first place.

Sometimes actual product usage is required for meaningful learning. This is often true of consumer products like Twitter, Snapchat, or Foursquare that introduce significant shifts in user behavior.

We like to think we act rationally, but we don’t, particularly when it comes to products driven by emotional needs. Like Twitter, Abdur and team can make intuitive assumptions but ultimately, actual user behavior will reveal if Gummy is a good or bad idea.

Late last year, Aileen Lee of Cowboy Ventures published a study on billion-dollar startups, partly in attempt to identify patterns in these wildly successful, “unicorns.” While some commonalities exist, their paths to success are diverse.

Humbly, the 14-year VC vet admitted the difficulty in picking winners. I recently had the pleasure of meeting Aileen. She shared Cowboy Ventures’ investment thesis and her approach to evaluating potential investments.

A few years ago, she met with the founding team of an early startup. The founders lacked the positive signals investors typically look for. Their pitch was unpolished, product vision unclear, they had little understanding of their metrics, and traction didn’t stand out from competitors. Aileen passed on the deal.

That startup is now valued at more than $4 billion.

Aileen and other wise investors rely on intuition and patterns when unicorn hunting, but at the end of the day, startups are by definition, unpredictable. If they weren’t, fewer startups would fail and investors would look like fortune tellers. While best practices exist, most startups fail and some of the most successful are outliers, built on anti-patterns.

Silicon Valley and the tech world at large are filled with a variety of conventions. These conventions are now created, captured, and shared ad nauseam disguised as blog posts, tweets with links, and countless message boards. The benefit of such a canon is we all have access to a rich repository of knowledge — the cost, however, is we all, perhaps unwittingly, are exposed to the same suite of playbooks, which contain the same conventions, which could, if we’re not paying close attention, and especially when amplified in an echo chamber, trick us into believing a certain reality which, in turn, script our actions and lives down a path of predictability, or worse, mediocrity.

Abdur and the team are far from naive. They’re very aware that Gummy probably won’t work – at least not in its initial form.

Honestly and humbly, Abdur shared a number of reasons why Gummy is a bad idea but still worth doing:

Changing the way people think about their encounters and having forethought about someone is good. Technology that makes us see others and be more compassionate is really cool. While this product probably won’t work, creating things that are new, novel and make you think of others are worth trying out.

Abdur’s passion and belief in his team, coupled with an understanding that meaningful learning must come from actual user behavior, is what sets them apart.

Conventional “best practices” and ways of thinking may not be right for your startup. The most innovative entrepreneurs often go against traditional wisdom. Consider the input of experienced entrepreneurs, learn from their successes and failures, but realize there’s no right way to startup.

Read next: Technical recruiting is broken: Here are 4 ways to hire better