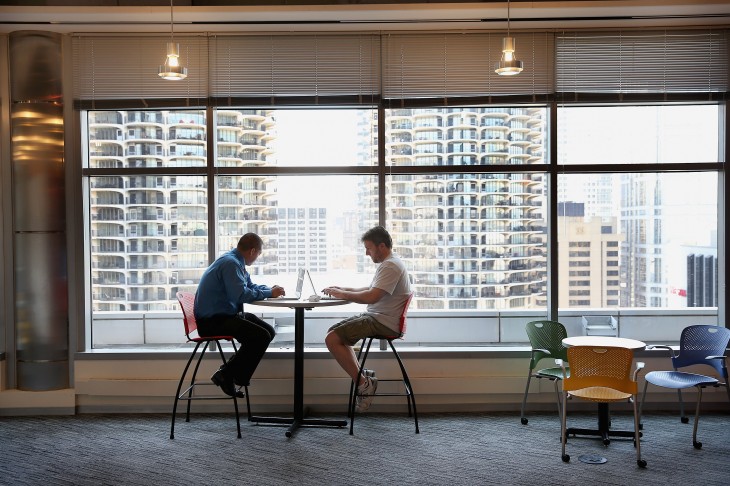 Nicholas Petri is a market research analyst at OpenView Venture Partners, where he helps portfolio companies by providing in-depth research into their prospects and customer segments. Read more from Nick on his blog, and connect with him on Twitter @NCPetri.

In the VC and entrepreneurship blogging circles, a debate rages on as to whether moving your young startup to an established entrepreneurship hub like San Francisco, New York, or Boston will improve your chances of long-term success.

Regardless of your position, there’s no question the choice of where to locate your HQ is an important decision for your startup.

The nuance these discussions usually fail to address, however, is that location isn’t just about your headquarters. Branch offices can play a huge role in facilitating a startup’s expansion, not only by extending its reach in sales and marketing, but by tapping into a larger pool of talent, and playing to the unique strengths of a particular city or region.

Why settle for one location if you can be in more places at once?

A quick survey of OpenView’s portfolio of expansion-stage companies shows that about three quarters have more than one office, and almost half have more than two. And they’re starting early, with many having first opened their secondary offices in the 30 to 50 employee range.

While I can’t say this is totally representative of technology startups in general, I do think geographically distributed footprints are rapidly becoming the norm.

Take FieldAware, for example. Founded in Dublin in 2009, the field services management company quickly saw the United States as its best opportunity for growth. The team opened up a second office for US sales and support in Plano, TX, while the engineering team and CEO stayed in Ireland.

FieldAware now have an office in Fort Worth. The product of an acquisition, the company now serves as the headquarters for its FieldLocate product. Its most recent addition is another sales office in Clearwater, FL.

In case you lost count, that’s five offices on two continents — for a company of about 100 employees —most of whom aren’t located at the official HQ in Dublin.

When I asked FieldAware’s CMO, Brendan Sullivan, about the reasoning behind what seems like a conscious strategy of maintaining a distributed workforce, his first answer was that the company was simply following its greatest concentration of customers and prospects. But he quickly followed up with another hidden benefit:

“Remote offices foster innovation. Our different offices are able to develop their own identities, and at the same time we’re always asking ourselves, ‘how are we stacking up to the other teams? What can we learn from each other?’”

Branching out is easier than you think

Where to locate your HQ is not a question of which city is the single best. This type of thinking implies that the decision was permanent (which it doesn’t have to be), and that you have to pick just one (which you rarely do). The HQ is merely the first of many locations in which you can eventually build a presence.

So how big do you have to be to start a branch office?

The answer is probably smaller than you think. In general, of the multi-location companies in our portfolio, most of them opened a small-scale second office when they were somewhere around 50 employees.

That’s because the overhead costs, both financially and in terms of management headaches, have never been lower. Co-working spaces in most major cities allow you to set up an office at a very small scale before committing to renting office space.

When it comes to communicating with a dispersed workforce, technology can help there, too. Remote communication apps like Skype, GoToMeeting, LivePerson, and Join.me offer a menu of ways to communicate, and SaaS file sharing products are making it much easier to manage scattered teams, with specialized platforms accommodating almost any function in your company.

FieldAware, Brendan tells me, is even planning on using a LivePerson connection between their offices to provide employees a 24/7 video feed to see what’s going on at FieldAware’s offices around the hemisphere.

So while choosing the location of your headquarters is important, it might be less important than you think. More than likely, you’ll have the opportunity to build a presence in more than just your favorite location, and reap the benefits other cities have to offer.

Read next: The NSA's widespread collection of telephone data is 'lawful', rules a district judge in New York