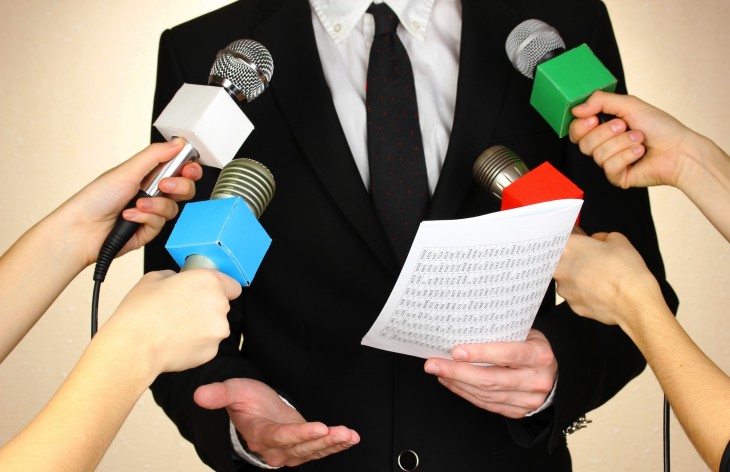 Len Kendall is the founder of CentUp. Prior to starting a company he worked in PR where he helped put out fires and manage digital communications. He will probably regret this post sometime in the future when he screws up and doesn’t follow his own advice.

Two separate billion dollar companies have faced fire drills in the last three months. Most recently, Target was a victim of a data breach that potentially exposed millions of customer credit cards to international thieves. This past fall, Tesla had a small series of car fires that could have jeopardized the confidence of the booming electric vehicle industry.

The CEOs of both organizations wrote open letters to the public to reassure them that the situation was being handled. Read both first here and here before we get into comparisons.

At first glance, one might assume that Target’s Gregg Steinhafel wrote the better note given its emotional language and focus on customers, but I’m of the opinion that ultimately Tesla’s Elon Musk wrote the vastly superior message. Here’s why.

The CEO is the least important part of this conversation

The headline of a letter is meant to grab the reader’s attention. These are the words that will get tweeted, rewritten in news headlines, and help inform an audience of the upcoming dialogue.

“A Message from CEO Gregg Steinhafel about Target’s Payment Card Issues” shines a spotlight on the CEO first, and the problem second. Tesla’s simple title points out the problem, and that’s it.

Not only does Target’s title deprioritize the core issue, but it also includes an impossible to ignore headshot of the CEO in the body. Target’s headline misdirects focus, and it’s written in a way that casts Steinhafel as a normally unapproachable person.

“A message from…” creates a feeling that Mr. Steinhafel is an Oz-like figure who is gracing us with his presence. Musk wasn’t making a special appearance on his company’s blog, he simply created a post like anyone else who contributes to the feed.

Tesla’s issue was a matter of safety, and potentially life or death. It’s likely that Musk was advised to offer more details because they were the actual manufacturers of the equipment, while in the Target case, they were just users of a flawed POS system.

That said, Target’s CEO did not include a single number in the letter other than the 10 percent discount offered to guests affected by the issue. Perhaps Musk was more technical than he needed to be, but that kind of transparency reassures his tech-savvy consumers that he has the problem under control.

If Musk understands the nuances of the problem, he is equipped to fix it. Target’s letter does not provide any indication that the CEO understands the problem, and by leaving out any data, it implies readers won’t either. Tesla’s note doesn’t bleed emotion; it just leans on brutal transparency.

Target’s Steinhafel says the word, “we” 15 times. In fact, the word “we” comprises 5 pecent of the words in his letter. Musk didn’t use it a single time.

Target’s overuse of “we” is likely intended to make customers feel involved and to show that all of Target is working on fixing the problem. However, in reality, it shows the tactic projects defensiveness and an unintentional distribution of responsibility. If the CEO is going to speak to the public and apologize for an issue, it’s far more meaningful that it comes from “I” and not “we.”

Both companies had a very serious problem on their hands that warranted the CEO getting involved from a communication perspective. But seriousness of a problem should not lead to turning off the heart-and-soul of the brand.

Tesla is a tech company that touts its engineering and scientific strength. Its marketing material is highly technical on purpose and The Model S post was written in a clinical style that mirrors their typical voice.

Target’s brand is all about accessibility to anything and anyone. Employees tend to show a great amount of personal passion for helping you in-store, yet their CEO’s letter does not reflect that same connection.

Financial fraud is not a time to be funny or clever, but this letter was a formulaic piece that could have been used for almost any company and “written” by any chief executive. Not a single part of the note revealed what Gregg Steinhael personally would be doing to help solve your problem – and that’s off-brand.

Defend yourself from the competition

Electrical vehicle fires are a huge opportunity for traditional (gas) engine manufacturers to jump in and reclaim buyers who might be wavering between an EV and a standard car. Musk authoritatively and quantitatively defended his company by stating a series of simple facts and ending with: “…there should be absolutely zero doubt that it is safer to power a car with a battery than a large tank of highly flammable liquid.”

He’s right, and the data can prove it. When it comes to Target, consumers have hundreds of other choices. Whether it’s Walgreens, Walmart or CostCo, they all use similar (if not exactly the same) point-of-sale terminals.

Without naming names, Steinhael could have pointed out the obvious fact that consumers were no more at risk at Target than they were at any other retail store that accepts credit cards. It’s not about mudslinging; it’s about destroying the false perception that shopping elsewhere (or online) is somehow a better alternative.

I love both brands

In their respective industries, both Target and Tesla are my favorite companies. This dissection of a single executive communication isn’t meant to disparage or celebrate either corporation or individual, it’s simply an exercise to show how powerful even a single word can be when coming from a globally recognized source.

Steve Jobs was notorious for analyzing every piece of marketing that represented his brand because he realized just how much long-term value it carried for his company. Neither Target, nor Tesla will forever be able to maintain their customers solely based on the product they provide – they need their fans to continue to believe in what the company stands for.

Musk reinforced with his letter that Tesla is smarter than any manufacturer, reporter, or expert out there. Some may call it arrogant; Tesla customers see it as a reason to maintain their loyalty. Target had the opportunity to reinforce its mission of “expecting more” with its CEO’s letter, but instead customers received a message that was as generic as could be.

Being a CEO is an incredibly difficult job. I get very stressed, and my company only has three employees. Steinhafel and Musk’s decisions affect millions of people, and they both have endless stakeholders (and lawyers) telling them what to do.

This article adds me to that long list. My hope is that Gregg looks to Elon as someone who stands firm in his belief for offering a superior product, and that Elon looks to Gregg as someone who goes beyond what’s expected to make customers happy, even if he’s not the primary cause of a problem.

A few other notable examples of CEOs handling a crisis:

Read next: CircleMe takes its interest-based social network to Android