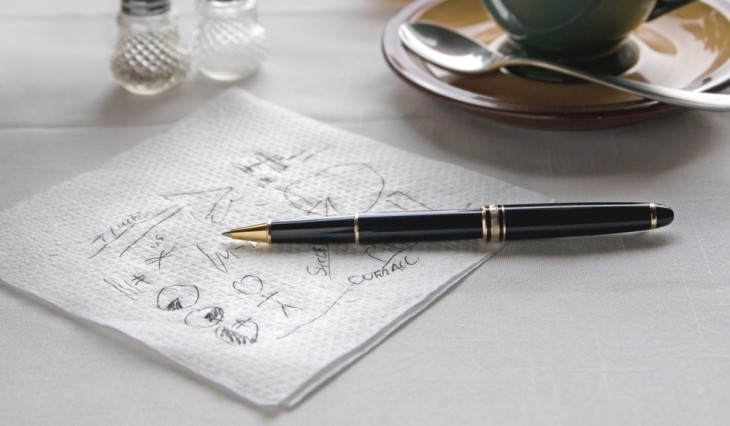 A common mistake that many startups make from the beginning is not discussing what’s ultimately important down the road; money and how the company will make decisions in the future.

Often, startups fail because founders are afraid to talk about the hard things such as what happens if the company breaks up or how profits will be split when the company makes money. When it comes to actually settling it, they’ve got no proof of anything since most discussions about it were never officially recorded.

Fortunately, a little website called Back of a Napkin is here to help facilitate that discussion process and ensure there’s a record of what was decided. The service asks five simple questions, such as who is involved in the project, what stake each has in the business if it makes money and what happens if it doesn’t. Once you’ve filled in the specifics, it generates a short PDF contract outlining the agreement for everyone in the group to sign and agree to.

Answering these could help your new business venture survive turmoil in the future by ensuring there is common understanding between all parties rather than leaving it to chance later. The website shouldn’t be used as a replacement for visiting a lawyer or signing a shareholders agreement, but is a good first step for startups to ensure there is a record of the agreement amongst founders.

Situations can change over time; Facebook’s infamous founder feud showed that it’s better to have the specifics written down before you start anything. By ensuring that everyone is on the same page at the beginning, you’re avoiding leaving room for arguments or even lawsuits later on when there’s more at stake.

Read next: UpBeat puts you in control of the music charts through smart SoundCloud integration