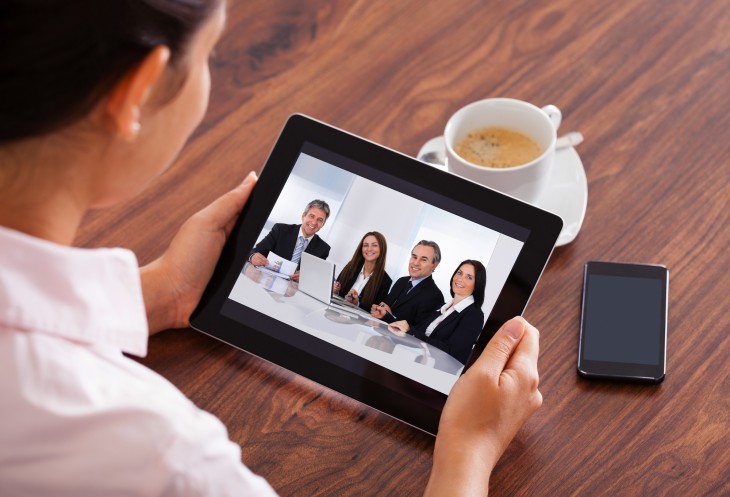 Denis Duvauchelle is the CEO and co-founder of Twoodo, the ultimate online collaboration tool.

“I can’t work effectively at home.”

“Decisions are made in person.”

“I feel isolated without an office.”

These three statements are completely debunked in this slideshare. Traditional office working is losing ground as the “best way” to work, and managers supporting it are either of a generation where using social technologies is seen as lazy or timewasting, or they have the wrong team – i.e. a team that requires intense scrutiny to keep it working.

The difference between “remote” and “distributed” is that in a remote team, there is a company office(s) where some team members are based full-time. A distributed team has no location base – everyone is in a different place.

“Remoteness just adds problems. But distributiveness solves a lot of problems, including that of being remote. All teams could benefit from the same practices of distributed teams, but they’re ultimately lazy and often don’t. Being a remote worker is not fun at all. Being a member of a distributed team is beyond awesome.” – Bob McWhirter

Many people with laptop jobs disagree that working remotely causes problems. But I can appreciate the difference between the whole team vs. part of the team working from different locations. Being “left out” unintentionally can occur in cases such as this.

My startup team has just gone distributed, after eight months of being remote. Family commitments, plus a dislike of wasting time and money on rented desks and commuting, has pushed the team to finally break free of the chains of offices. We’re about to begin the distributed experiment since remote has been so good to us.

What are the usual challenges that remote/distributed teams (R/DTs) face? These categories came from Yonder conference, a conference held to discuss just such challenges and solutions:

There is no single solution, as team by team management must be conducted differently. Mature teams differ from early-stage teams, larger teams differ from smaller teams etc. It all sounds like incredible stress for managers!

But angel investor Tim Ferriss found that things did not fall apart when he removed himself as a bottleneck – in fact, everyday business went on and ignored the fact that the CEO had stepped away.

In short, these are the top 10 remote team management lessons I have learned:

Here’s the story of my journey from remote to distributed.

It just so happened that the first people I brought on board were not in the same city as me. They were good friends of mine. A similar vision and shared goals sealed the deal on our next venture together – building Twoodo. There was never any intention of being a remote team manager but neither was it going to stop me having the right people on my team.

We were in Hong Kong, Shanghai and Paris at the time and the first roadblock was, of course, meetings. Entire conversations would take place when the CTO and I were in China whilst the CMO/designer was left to catch up hours later through chat or a rehashed conversation.

Funnily enough, it was incidences such as this that inspired our design and vision for our service as the best way of organizing and keeping up with distributed and remote small teams.

We learned the hard way that missing meetings or not listening properly during them resulted in mix-ups. We ended up having what seemed to be really serious arguments, but after a 15-minute chat, we realized we were all saying the same thing. So we just flag these now and address them during the next chat or on the spot if everyone is there.

Solution #1: At least once a week have a scrum meeting that absolutely everyone prioritizes.

Set it up at a time when the team can overlap without disrupting sleep schedules. Use Doodle or Google Calendar to choose a time and set reminders for the team. After the scrum, if time allows, hang out and catch up. During the meeting discuss, what you did previously, what you’re gonna do now and what your challenges are.

Solution #2: Put everything in the cloud where the whole team can access it.

Google Drive, Github and Dropbox are reliable tools that we use for coding and for document management. Depending on your team needs, there are many cloud solutions for each industry – take some time to research them. As a rule of thumb, the service should allow you to basically throw away your computer and leave you with nothing to worry about.

An enthusiastic team will pull its own weight to reach common goals.

Next challenge: encouraging vision and philosophy

Company culture is tricky to define especially if you are working with people you’ve known all your life. It took a back seat until we realized “WTF, we are actually going to make this a startup!” As CEO, I realized that my company had to define its own identity and core values had to be developed.

Enforcing these values needed to be done over video calls because words just didn’t cut it. The tone and passion was blunt in type, and without the camaraderie of a shared office space to figure it out I had to explain my vision to the team on many Skype and Zoom calls.

Company culture is not just some gimmick. “It’s not what you do, it’s why you do it.” This would not just drive the team towards achieving our shared goals, but also attract people who appreciate such an outlook: i.e. our audience, our users, our evangelists in the future. The marketing and sales strategies to come would also be highly impacted on what direction the culture took.

Solution #1: On a daily basis, remind ourselves and each other that what we choose to do should be of high value to the company.

Every time you think you are finished something, ask yourself: “Is it freaking awesome?” A weekly blog update for the investors and the email newsletter to our inside circle forced me to defend my choices regularly.

Solution #2: Ask your co-founders/colleagues the same questions when they are struggling with a task.

Solution #3: Remind the team that what you are doing is not fixing a tiny detail in the product but existing as part of a larger vision.

This is best done over video calls so that tone and (com)passion are clear. Text communication is good but it can lack clarity or create the wrong impression and can be misinterpreted.

It’s no secret that entrepreneurs work crazy hours. It’s also no secret that many also begin their ventures whilst still in full-time jobs. Striking a balance of what they can achieve in a week aligned with what needs to be achieved overall by the company in a fast-paced industry is true managerial insanity. Exhaustion helps no more than slacking.

I found the SMART criteria to be really helpful to break large projects into actionable chunks, deciding which parts are most important and how long each would take. It creates a good methodological base for setting up and moving through projects.

Lean methodology runs on measurements as well so it was a complementary system to implement. Setting processes up in Gantt also allowed for the overarching goal to be visualized as often the small steps directly in front of the team overtook what we were truly aiming at.

Discipline is no huge issue when the task a person is doing is measurable. However, softer processes such as content marketing were more difficult to define at the beginning – how much time does a good blog post require? What combination of plugins would give the landing page the right design?

After some time we developed an intuitive sense of how long was needed for such tasks, or at the very least, put a cap on how much time was spent doing it. ROI calculations can inform you if time is being wasted on an activity.

Solution #1: use SMART or SMARTER as a guide

Solution #2: give everyone access to long-term project plans, for a sense of direction – a visualization of the path is motivating

Solution #3: refine tasks by applying an ROI calculation to those that have unclear results

Getting to the core of problems quickly is always important in management but doubly so in a distributed team. The problem becomes more complicated as it comes down to you to spot the cracks appearing from a distance as well. What you’ll often have to go on are IM exchanges, frequency of contact and personality indicators.

How well you know your team then plays a key role in the prevention of dissent and dissatisfaction.

Solution: regular check-ins on what’s up (at least once a week) with every team member on video, and frequent contact by other means (make sure to ask a few non-work-related questions)

Expanding the team became a reality, and that was really intimidating. Hiring for a R/DT is messy once you branch beyond your circle of friends. One single hire would increase the team by 25 percent!

Oddly enough, although we cite that hiring is better because we are not restricted by location, we are restricted by our friend network. That’s where I built my founding team after all.

Startup standards mean that a bunch of academic qualifications aren’t sufficient to prove your worth to entrepreneurs. It’s about hands-on doing, showing that you love the type of haphazard work that can get thrown at you.

It’s difficult to find talented people willing to take the risks of being in a startup, particularly in Europe where people are used to perks and pensions when they walk out of university. So far, we have hired one stranger (!) whom we were able to assess as an intern over three months before making a full commitment, which was very cost effective. Soon we are going to have to take the next step and add a new developer.