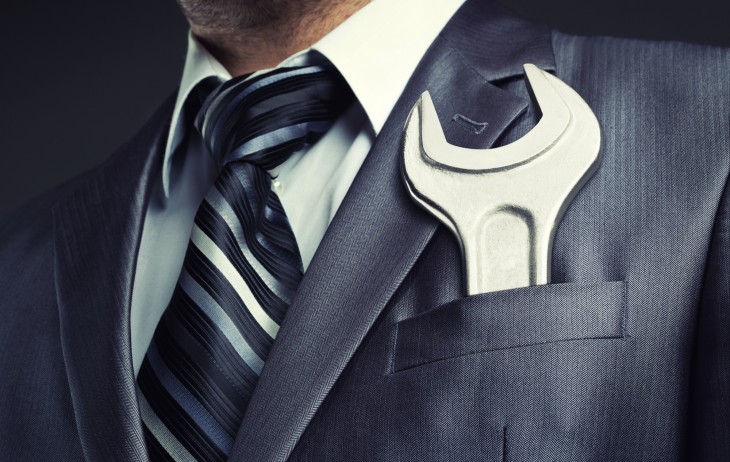 Mat Ellis is the CEO and founder of Cloudability.


There has never been a more exciting time to be a CIO (seriously). The growth of the Internet of Things gives us an interesting look at how the CIO’s role is changing. And, for many companies, this is a change they want — and need — to encourage.

The Internet of Things forces us to look at the world – the technology world, at least – very differently. We are managing more devices that feel and look nothing like a computer or even a phone. Even the servers we use to run our businesses are increasingly anonymous, un-named, disposable and virtual.

In fact, today, technology infrastructure is beginning to resemble a neural network. A network pummeled with bits of data coming at it from millions of devices — things — that few of us ever imagined would be computerized and connected.

It’s this evolving interconnectedness that makes us re-think how we manage the flow of data between things as disparate as cars and traffic lights, lamps and power grids, and paint chips and bridges. This interconnectedness forces us to rethink how conventional rules are applied to a world where things are able to talk to each other without humans getting in the way.

These challenges of interconnectedness are playing out in parallel inside the enterprise. CIOs have a once in a lifetime opportunity to provide the leadership needed to guide their companies through these challenges. Done right, the I in CIO becomes less about managing information and more about managing integration.

Defrag and Gluecon founder Eric Norlin believes there are three defining characteristics of this integration shift. He coined it “a bigger network of smaller things” that will be: (1) decentralized like the Internet, (2) interconnected nodes in a dispersed central ecosystem, and (3) fractal, where the structure looks similar as we zoom in or out.

We can already see what’s driving this: a wonderful mix of cloud computing, data and the APIs that glue it all together. But inside the enterprise, this is pure chaos. Rogue apps, devices and clouds are causing more and more islands of information to form.

And while startups may thrive on chaos, enterprises struggle with it. A natural response is to deal with the chaos by blocking anything that isn’t already part of their legacy system. Those who have been through the BYOD battle will have had a taste of this already.

Enterprises that have gotten past this reflexive response are struggling with how to integrate all of this new, distributed stuff with their existing stuff. And it’s this chaotic struggle that holds back innovation and growth.

Former Forrester Research president and research director Dave West may have said it best in an interview with Joe Stangarone on the MRC blog:

“Application integration problems are a top reason why businesses — and their enterprise architects and project managers — can’t deliver business innovation at the speed demanded by customers using all these application platforms.”

On one hand, you have IT whose natural inclination is to make the infrastructure as consistent and solid as possible… which often translates into descriptions like slow, lumbering or bureaucratic. On the other, you have divisions and employees — the nodes, as Eric would call them — who can seem to have tunnel vision at times, focused on only one thing: moving faster.

The CIO’s opportunity sits smack dab at the intersection of what’s best for the overall network and what’s best for the nodes. A recent article by Switch’s VP of Data Center Tech Mark Thiele pointed out that integration is not only a technological opportunity, it’s also an organizational and business one. In the past, the roles of IT and business were separated. Two parts of the same network operating as islands.

At Cloudability, we get to see how the sausage making process of enterprise cloud adoption really works. We see a lot of political discussions on both sides — pro- and anti-cloud — about the wrong things. The people who spent their careers dedicated to building out world class data centers full of hardware that just a few years ago was everything the company needed, are finding it hard to embrace it when businesses completely bypass them, ignore them, or unfairly compare internal services to external ones.

We’re already seeing greater integration of IT into business units as those on both sides begin to better understand each other’s roles and how they impact the overall growth of the organization. In fact, a recent IDC study showed 85 percent of respondents who said IT has become a more valuable partner compared to three years ago. A bigger network of smaller things.

To the CIO, cloud computing and APIs are code words that describe a more fundamental shift from servers to services, from Capex to Opex. It’s a bit like the move from mainframes to microcomputers, and it’s driven by the same forces: to give business more speed, more flexibility.

A small but powerful position

Today, you pay for everything up front. You own the hardware and the software, as well as the long term co-location, support and network contracts. And you employ staff to manage and maintain these systems. Well, not for much longer. You will end up with all of that presented to you as a service: everything from individual servers to whole applications will be provided as a service.

This has happened before.

Over the last 30 years manufacturing industries have evolved from horizontally integrated supply chains – where you owned the factories, the source of raw materials, and even sometimes the cows that made the leather or the trees that made the rubber – to a vertically integrated supply chain based on a global network of suppliers who can make anything from rivets to large, complex components for you.

For example, look at how Toyota builds their cars. They buy components such as car seats from many different manufacturers. Orders are placed every day to a mix of vendors, based on demand. Each seat is identical except for the price, which varies according to the commercial terms in place: minimum order sizes, lead-times, annual commitments, etc. It takes a lot of serious technology and people to stay on top of that and win.

With the proliferation of cloud applications and personal devices into the enterprise — not to mention existing data silos and platforms already inside the enterprise — organizations are generating more data than ever before. Data that must be corralled, managed, and tied directly into the company’s revenue and growth.

CIOs will need tools and systems that allow them to visualize and guide the growth of this neural network of things. Think of it as a compute supply chain, with the CIO managing the vertical integration of this chain. Once they can see all of the nodes, they can operate a more dynamic, flexible IT supply chain.

The CIO role is poised to become smaller, but a lot more powerful. This will only happen if CIOs recognize that their role now is to drive integration and no longer to provide the infrastructure for corralling information. Once they realize that, a world of new opportunity opens up for them and the people they serve, as well as their organization overall organization. It’s a transformation whose time is here.

Read next: Google is building Chrome apps support for Android and iOS, beta release coming as soon as January 2014