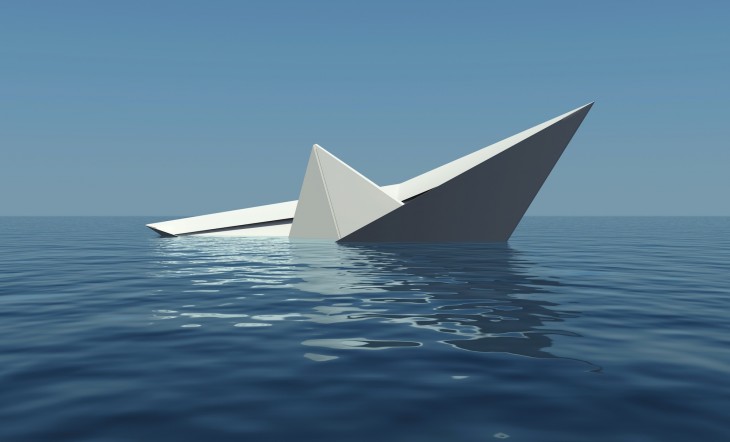 Serguei Beloussov is the CEO of Acronis, a technology company focused on data backup software and disaster recovery solutions.


A company’s owner and a hired CEO can both hinder its growth; the determining factor lies in what period the company is facing.

Six months ago, I stepped into my new/old role as CEO of Acronis — a company that I had founded in the early 2000s. Essentially, I returned to the original position I had with the company — in charge of not just overall strategy but also operations.

Despite founding more than two dozen companies in multiple countries around the world, this was the first time I have ever returned back to the original position. In several companies, I stayed CEO for quite a long time, while for other companies I hired external executives very quickly. Six of my companies have even grown to a respectable size, including Acronis, Rolsen, Parallels and Acumatica.

Why did I decide to return to Acronis?

Every company goes through various stages in its life, and a set of internal and external factors largely determines whether it will be successful during each of these points. The main external factors relate to the market conditions and the level of competition. Internal factors can include strategy, objective quality of products, the team’s makeup, processes and structures.

When the market is stable, the company strategy is rational, established processes work, and the team is fine – a professional manager more often than not would run the company more effectively.

During a turbulent period and under different external factors, however, a different type of leader must take the helm. An entrepreneur will likely fare much better – someone who can embrace change and challenge and turn them into opportunity.

During calm periods, an entrepreneur could be even dangerous. In these circumstances, a well-qualified professional manager could be more effective because the manager enables the company to function without resorting to micromanagement and detail-oriented operational control.

When challenges are clearly defined, and way to success is tracked and measured, team members are making the right decisions most of the time. However, in extreme conditions — contraction, stagnation, unexpectedly quick growth in the market or problems involving the products or the team — then an entrepreneurial leader is likely better for the job.

Differences between a founder and a professional manager

There are two main reasons why an entrepreneur is ideal for turbulent times — their motivation and attention to detail are much higher than a manager’s. Higher level of motivation increases the effort and intensity placed into intellectual and creative work. Entrepreneurs also spend more of their own time and energy on perfecting the products and making difficult decisions.

Besides this, professional managers most likely never had to do everything at once and dig down into each detail of their company because someone else did all of this. The company’s founder on the other hand discovered everything from personal experience.

For example, I know how to write code, manage servers and other IT systems, keep company books, draw up business contracts, do sales, structure strategic partnerships, and almost everything else you could possibly imagine – because I have personally done these things at some point in the past. A manager is there to delegate and make sure things are running smoothly.

When a company is facing instability, these are very important differences. Imagine for a second the challenges that a company faces as if they were falling glass balls. In normal conditions, a manger must catch and juggle may be a couple of these balls at once. If he’s a very talented professional, he won’t drop a single one for a long time.

But add more balls, and it becomes more and more difficult to catch them. The manager can’t handle them all and their level of frustration increases proportionally with the number of juggling balls. Besides work, most managers also have a family and other interests that they are not prepared or willing to give up in order to dedicate all of their attention on those falling balls.

The entrepreneur, on the other hand, has a single motivating factor — their business. Their family and even their health sometimes come in second place. More so, the entrepreneur is familiar with every single detail.

Finally, in reality, the founder also can’t catch all those balls, but he knows how to concentrate on the most important ones, while dropping some of the others – it’s painful but impossible to avoid. For the manager, doing the same would cause too much stress and errors in judgment.

So why hire a CEO to begin with?

Each company has its very own DNA. For example, innovativeness runs through Apple’s ‘veins’, while Microsoft is founded on the ambition to be the mass market leader (this DNA has caused Microsoft to fail in almost all of its attempts to be innovative). Delivering products for small and medium businesses through an indirect channel has been a part of Acronis’ DNA since its birth. Once the organizational structure had largely been developed, the company passed on to a new set of hands.

By hiring a CEO, I could turn my focus on to new projects. For a period of time, business was reasonably good for Acronis, one professional manager changed by another, until the last one decided to be focused on large enterprise and on much more direct approach to market.

Despite the actual competitive advantages and positive KPIs, Acronis entered turbulent waters because of a failure to pay attention to detail and a strategy that wavered from its DNA. As a result, I needed to come back.

First, I needed to fix processes and parts of the business that became dysfunctional because of the sharp turn, and motivate the team. Now we are going to simplify the products, focus on the strength, restart innovation engine.

We have already seen signs of success. From losing money and being on course to insolvency, the company has returned to 25 percent+ profit margin and reasonable growth. But there is much more that needs to be and most importantly could be done.

How long will I work as CEO?

As long as it is necessary for the company to start bringing out its true potential. And for now I’m not going anywhere.

The fact that entrepreneurs often return to operational leadership, however, does not mean that they shouldn’t allow their companies to develop independently. A good founder (and generally a good leader) must understand when it is time to step down and when they must take the reigns back into their own hands.

Read next: Nokia now controls 90% of the Windows Phone 8 market, with the low-end Lumia 520 grabbing over 35% share