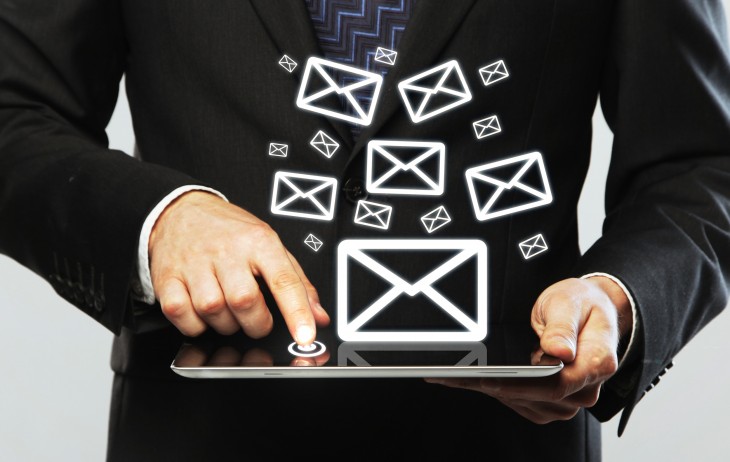 Jim Franklin is the CEO of SendGrid, the email delivery platform of choice for over 130,000 customers. Jim is also a mentor for early-stage startups through Techstars and The Founder Institute.

Much has been written about the demise of email, the shortcomings and frustrations of email, and why we’re stuck with email. Millennials, still learning to prioritize and manage their messages, insist there must be an innovation that will save them from having to augment inbox management with old-school analog practices, such as writing to-do lists on paper.

The reality is that most of these arguments, opinions, and predictions are not altogether accurate. But they’re not off the mark either.

Instead, they reflect the very real fact that since being introduced into the workplace in the early 90s, email has become the backbone of nearly everything we do in the professional world.

How many years have we been hearing that email will be supplanted by something fancier, better, and more effective? A powerful but simple communications app? Maybe something like Yammer or Twitter?

I’d like to find a person in the professional world today that doesn’t use email at all.

The fact is, email hasn’t been replaced, and it won’t be, at least not for a very long time. It’s still a mission-critical messaging tool for accessing and delivering information to individuals, groups, and entire staffs. Outside of face-to-face communication, it remains the best way to get the message across.

In the business world, email also has advantages compared to face-to-face communication and/or meetings. It is asynchronous. It is persistent. It is collaborative. You can archive. You can search. You can forward. Teams and individuals can query specific points. They can also discuss the big picture.

Email is versatile, and email is simply the right tool for a lot of jobs. I wouldn’t work with our VP of marketing on our 2014 plan by sending tweets.

How we use email today

It’s easy to see why one might accept the notion that email will be replaced. Take, for example, how we use or don’t use email outside of the workplace.

For many, email is no longer a tool for casual two-way communication. People don’t really chat with their friends on email — they may have in the 90s, but not so much anymore. If I want to chat with my friends that are also into startups, I do that on Twitter. On Facebook, I chat with friends from high school and college about the old days. Lastly, services like Google Circles and Google Plus can help you tailor your messages to different people and overlapping circles. (Note: Email can also do that.)

Some of these social networks and newer avenues of digital communication are indeed better for personal messages. But when you sign up for any of them, the first thing you’re asked for is your email address.

An email address is the most-common form of user authentication. Your inbox serves as a central hub for disparate digital communications. It’s a private, passive way to see everything that’s coming in from all the other services. DMs from Twitter? I need that in my inbox. Someone messages me from Facebook? I want to handle that in my inbox. I don’t want to jump between sites or apps to check for messages. My inbox is getting processed continually.

Email is the backbone of the Web and the social Web. Email drives engagement, even when it is not being used as a primary communication tool. Email works. It is not broken.

In fact, in terms of adoption rate, new forms of digital communication have contributed to the growth, not the decline, of email. According to the Radicati Email Statistics Report 2013-2017, a billion new email accounts will be created between now and 2017. Also according to Radicati, 77 percent of those new accounts will be for personal use.

But here’s where evidence of email’s evolution as a communication tool comes into play. While the number of email accounts will increase in the coming years, the number of messages sent to and from those consumer accounts is expected to decrease by about 8 billion over the same period. Many of these new accounts will likely be set up more as universal inboxes rather than outgoing communication tools.

Beyond the critical messages that services need to send (password-change requests, purchase confirmations, receipts, etc.), that’s a whole lot of inboxes that can be used for marketing purposes. And with great power comes great responsibility.

Responsibility and the email ecosystem

When email marketing is done correctly, it’s very effective. According to a Forrester report, consumers are increasingly receptive toward email-marketing campaigns, just as long as those campaigns don’t cross the line into irritating territory.

For example, unsubscribing should be simple and easy. There should be no Captcha codes or surveys about why someone is leaving. A lot of times, unsubscribing is simply human nature: What you’ve asked to receive in the past simply is not relevant to you today. I unsubscribe from email regularly, doing a purge every six months to keep my inbox as relevant as possible. I don’t want that process to be a hassle.

There also needs to be a logical rhythm for messaging, and depending on the service, the optimal frequency of messages varies. You may want a monthly digest of new albums that have been added to Spotify, a weekly digest of repins on Pinterest, and more-immediate alerts from services such as Foursquare and Scoutmob. Consumers want more control over their inboxes: Not just what will land in them, but when.

And while email isn’t being used as much for casual communication, a well-timed, well-written email can still feel much more personal than a Twitter blast. For developers, email is incredibly useful in driving user engagement with a Web application. I may sign up for a useful app or service and then forget about it. And I’ll likely never go back to that app unless I get an email.

The key is balance

Consumers want to be alerted to the deals, activities, and products that interest them the most, but not in a way that will annoy them. As long as companies make sound decisions regarding what to send and when to send it, email’s future will continue to be bright.

Read next: Microsoft Research uses Kinect to translate between spoken and sign languages in real time