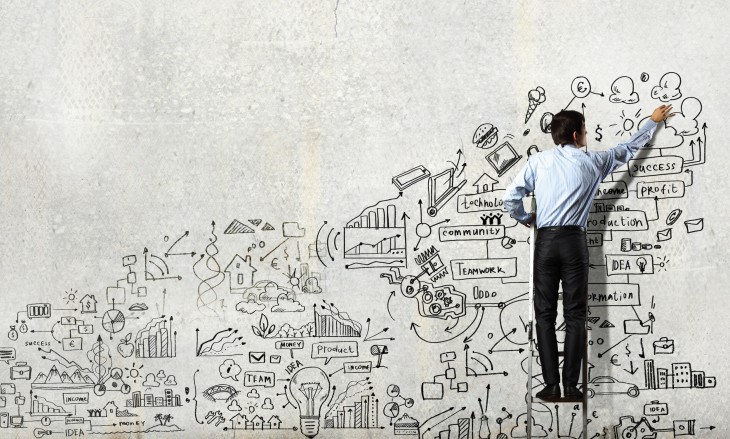 Walter Chen is the founder and CEO of iDoneThis, the easiest way to share and celebrate what you get done at work, every day. On his downtime, he blogs about management, entrepreneurship, and happiness on the iDoneThis blog.

Most entrepreneurs dream about building the next big billion-dollar company. After all, who doesn’t want to be the next Steve Jobs or Mark Zuckerberg? It’s a fair aspiration, but oftentimes, the Apple, Google, and Facebook-shaped stars in their eyes end up clouding their vision. It’s easy to get caught up in envisioning your company going viral and getting to millions of users… before your business has made a single dollar.

All the hopes and visions in the world won’t get you any closer to your billion-dollar exit. In reality, setting out to build a billion-dollar startup is one of the biggest mistakes you can make.

Gary Chou, an instructor at the School of Visual Arts in New York City, teaches people how to launch a startup by taking an entirely contrary approach. His course in Entrepreneurial Design has an unconventional syllabus: Don’t spend time and energy on creating plans and decks for some imaginary billion dollar company. Build an actual $1,000 dollar company that’s profitable in a repeatable and sustainable way.

1. You can make a living on your own

Your focus is inherently diffracted when you’re dependent on a day job to make a living or on investors to keep your business afloat. Your autonomy and creativity are severely limited by time and what other people want. At some point, to get anywhere you’ll have to step out on your own.

Self-sufficiency frees you from these outside restraints, and the first crucial step to self-sufficiency is when your venture reaches ramen profitability. Being able to pay your rent this way gives you the sense that you’ve made it out of the nest and taken flight all by yourself, and it’s this simultaneously scary and exhilarating feeling that will carry you forward.

2. What it takes to build a business

The fact that it took time for my company, iDoneThis, to hit $1,000 in recurring revenue was incredibly nerve wracking. But when we finally hit this milestone, I realized that all of our wait time did not go to waste. During this period, we’d figured out how to build something that people wanted to pay for and how to get it to them.

If you focus on building the next billion-dollar company, you’ll probably get sidetracked and immediately drawn to the promise of investor money instead of funneling your energy into making your first $10. The problem is that fundraising is much different from operating a company. I’ve seen many founders who’ve made a big splash with million-dollar seed rounds only to fall flat when it came to build a business.

Get the order of operations right and learn how to successfully build a business first without millions of dollars of investor cash at stake. This will give you the necessary experience, reliability, and credibility.

3. That $1,000 company might be bigger than you initially thought

Thinking of big billion-dollar concepts is actually a limitation, because it tends to result in some bad ideas. Famed investor and founder of Y Combinator Paul Graham says the best ideas are often what he calls “toys,” or ideas that you overlook because you don’t recognize them as touching on a billion-dollar opportunity.

You see, people are willing to pay for simplicity. By taking your time to figure out exactly what that is with an expendable venture, you have a higher chance of finding success with wider groups of consumers.

Here are the lessons I learned firsthand in building my own $1,000 startup:

Focus on one straightforward value proposition. The advantage you have as a small company is supreme focus. Pick one pain point and a single customer segment, and build a solution for them.

For my $1,000 startup iDoneThis, the product was so simple that people laughed at me and were incredulous at the idea that anyone would pay for it — and that’s how I knew that I was onto something.

Sell before you build. Getting to $1,000 in recurring revenue means learning as quickly as possible what customers want badly enough that they’re willing to pay for it.

Zirtual, a virtual personal assistant service, actually grew its initial revenue into the thousands before building a single piece of real technology. Founder Maren Kate Donovan ran the entire company off of spreadsheets, Google forms, and simple website builders. Sell up front to find out if you’re building something people want before you lose months and months to only building your product.

Minimum viable monetization. It’s extremely easy to get caught up in endless conversations about how to charge for the product, appropriate price points, and so on — but that mostly amounts to procrastination. Those things aren’t important because they can always be adjusted. What’s important is finding out whether people are willing to pay at all for your service.

Deploy a minimal monetization scheme – you might not make money off the bat but this is a simple and crucial fact you must learn before going forward. You should not feel ashamed to start a $1,000 startup – it’s better to succeed with a small company than to grow quickly but disappoint your audience.

Well, are you ready to take things… slow?