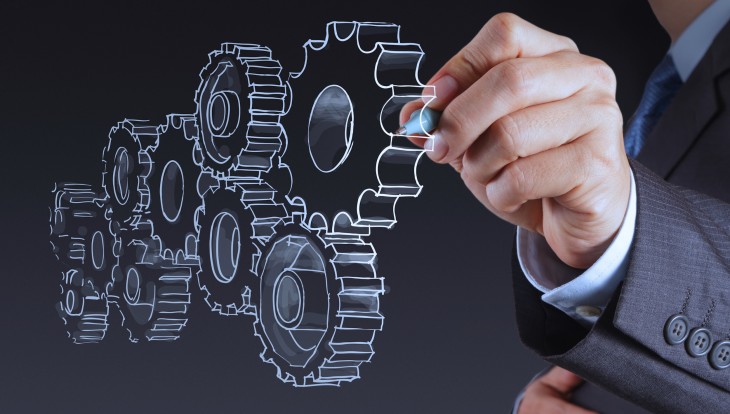 That’s what a couple of my friends – engineers at Google and Bloomberg who have been following the rise of startup culture with intrigue – told me recently. They were referring to non-founder engineers, most commonly the first hire for technology businesses.

Often difficult to get, the first engineer sets the tone for the rest of the development team. He or she is also often recruited without much, if any, cash in the bank. In exchange, the engineer is likely offered the promise that his or her option shares will one day turn into big money.

“Engineer #1” is frequently granted ownership significantly less than that of the founders. However, at the very early stage, they are taking as much risk with their future as the founders. Layer on the opportunity cost of choosing not to pursue lucrative alternatives offered elsewhere, and it’s easy to see how, if not under the right terms, the engineer #1 position is less than appealing. Why not wait until the opportunity to be engineer #10, #20, #100? Facebook’s engineer #100 isn’t doing poorly.

Quite frankly, waiting provides more assurance around employment risk without the commensurate sacrifice in equity comp. From the perspective of my outside friends, why are employees that so clearly impact the growth trajectory of a company look like they’re getting screwed?

A reason might be that negotiation techniques are not a part of their training. Cap tables sound intimidating. In their minds, it’s probably a fair offer, or something that can be revisited later.

For “something” that requires years of commitment, wouldn’t they want to be more informed?

What’s everyone else getting?

Every time a startup raises capital, all common shareholders are diluted. It is typical for employees to vest their options over four years with a one year cliff, which means a new hire must stay on the company for at least one year to see any shares. After a year, shares will vest in monthly or quarterly splits until the full grant is vested. In cases where a startup is sold within a few years time, there is often acceleration agreements for unvested shares.

Many folks before me have highlighted the importance of understanding individual ownership against the whole, so I won’t reiterate that here.

Although salary information is now relatively easy to find online, insight into early option grants is still sparse and vague. The numbers that are available, however, look away from Naval Ravikant’s belief that every startup will need to offer 10 percent to hire their first key employee.

Excluding the occasional exception, the grants appear significantly lower. In one post on Ravikant’s Venture Hacks blog called, “The Option Pool Shuffle,” it notes market expectations are to set aside 1 to 2 percent for a VP-level hire. In a CTO Salary and Equity trends report by Safire Partners, it finds non-founder equity compensation to settle out below 2 percent.

Conducting an anonymous sample survey among a handful of my own seed and Series A-stage founder contacts, the majority of them too disclosed offers in the 0.5 percent to 3 percent range for engineer #1s. It’s important to distinguish the scenario where the first engineer is also the first technical person on a team, where option grants will look significantly higher.

As an aside for founders, there is an interesting approach on how to arrive at equity offers outlined by Fred Wilson that may be worth checking out once there is a sense of valuation.

All of the estimates displayed above are figures prior to any dilution.

Converting percents to cents (and dollars)

So let’s say you have an offer in hand. Let’s do some math to figure out what your payout might look like.

Let’s state the obvious first. It doesn’t matter how high your offer is if your startup fails. Said in other words, x percent of zero is still zero. What you need to consider:

In actuality, x is not what you’re being offered today, unless your startup never raises [new] money, which is rare. As stated earlier, investors will dilute ownership upon nearly every round of financing. As a startup becomes more mature, the impact from dilution will improve (unless it gets in a recap situation, which we will avoid discussing).

Given of all of this, it is important to avoid raising more money than a startup truely needs (unless on particularly favorable terms).

How do you predict how much money your company will need over time? Tools like CB Insights and Crunchbase can help provide data on how much capital similar startups have raised when. In general, it is getting cheaper to fund startups into success, but some types of companies simply require more money than others to build and exit.

Overlooked here is the valuation of the specific startup along its growth trajectory. This gets tricky: As a company develops, investment size and valuation (which in turn dictates ownership and dilution) becomes more intrinsic to its KPIs and market comparables. You might assume the lead investor wants a 20 percent stake and 15 percent option pool each time there’s a Series ‘Blah’ every 12 to 18 months, but this is admittedly too simple.

Here’s an eye opener: Wilson’s quick and dirty analysis reveals teams will see between 80 to 90 percent dilution when all’s said and done.

Examine your startup’s likely potential acquirers. Are there many of them? Are they especially acquisitive? How much do they cough up? Is there an IPO story here? Triangulate the chances of a nine digit-plus outcome by taking a look around.

Again this is somewhat simplified as the liquidity event (sale or IPO) may come as cash, stock, or a combination of the two. Stock is naturally more speculative as to value, public or private. At the same time, it is not awfully difficult to estimate its value with some specifics.

I’ll take that in singles, please.

In summary, back into y percent total dilution to arrive at your final stake, multiplied by the average size of that outcome, and you have a sense of what you may personally reap.

You might also discount on top of that the probability of startup success (estimates land below 25 percent). How do you feel about that number? Divide that cash number by four (or your vesting period), and you’ve got a sense of what the equivalent annual salary would be. That is your opportunity cost.

For what it’s worth, founders should go through this exercise too!

Remember: It’s not all about the cash.

There are definitely benefits to be had as an early employee at any startup. For many, financial incentives are not the driver for such a role; there are the rewards from building product from ideas, learning and iterating, and working with people you love, to name a few. Nonetheless, life costs money and hard work should be valued appropriately. This thread on Hacker News is excellent at illustrating all of the considerations upon accepting an offer.

Get rightly compensated, in whatever form it may come. Negotiate if it doesn’t add up; you’re the prize here and can go elsewhere.