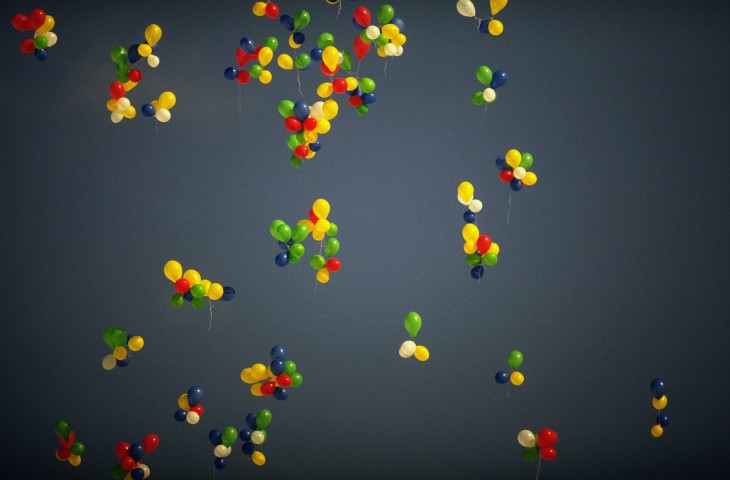 Everything seems perfect: with a successful seed round, smart people on board, and a business idea that practically sells itself, it’s easy to feel like a startup is turning into a slam dunk. But as time goes on, something refuses to just quite click — either your numbers aren’t as high as they should be, your money isn’t stretching as far as it could, or the daily grind doesn’t feel quite right.

It may be time to let go.

It’s a bitter truth that most startups bite the dust: roughly one in four startups fail within the first year of operation, and only a scant few can stand on their own as fully-realized companies. Of course, the chances of becoming a huge success — the next Twitter, Facebook, or Instagram — are even slimmer.

Letting go of a pet project or dream startup idea can leave a sour taste, but there are plenty of ways to handle the final wind down. The Next Web spoke with 6Wunderkinder Founder and CEO Christian Reber — who shut down his own vision, Wunderkit, last October — about finding out when to finally let the end happen and taking the experience onto the next project.

Yes, that’s right: It’s okay to be sad, or mad, or any mix of emotions when you finally shutter your first project. Reber says that there were plenty of strong feelings regarding the shutter of Wunderkit, particularly due to the fact that it was the project upon which 6Wunderkinder predicated its entire business plan.

“You saw the reactions already internally — some were incredibly excited that the stress of Wunderkit was over and some were emotional about it, ‘No, we have to continue doing this product.'”

Wunderkit’s roughly 400,000 users had a very similar reaction, especially since 6Wunderkinder built its entire vision on the app and had been working on it diligently within its six-month beta round. Suprisingly, the one group that didn’t get emotional was 6Wunderkinder’s investors, who funded the company based on Reber’s Wunderkit vision and the success of the team’s proof-of-concept, Wunderlist.

“Investors were helpful. For a young company it’s not easy and it tends to become very emotional — you fell in love with your own products, I guess,” Reber explains. “But after we had success on Wunderlist, they told us to focus on that and not work with Wunderkit.”

The grieving period didn’t last too long, though, as Reber and the rest of the 6Wunderkinder team moved forward to the next key stage in their transition.

2. Find Out What Went Wrong

Everything has its good points and its bad points — even your killer vision that you swore would make you millions. It’s important to take a clear-eyed, objective post-mortem on your company and the mistakes it made along the way.

Ignoring the problems that plagued your startup will only turn into more hurt feelings and indignation rather than constructive output. Color, the $41 Million “wonder startup” that failed to find an audience for its product, is a great example of that, dealing with a nasty lawsuit that uncovered plenty of infighting during and after sale of its intellectual property to Apple (despite many attempts, the former Color team could not be reached for comment). Making a dishonest assessment of failure will invariably leave you worse off than when you began.

For 6Wunderkinder, the process involved admitting that the company bit off more than it could chew.

“Trying to build the two products at the same time, it’s too much,” Reber explains. “We realized we hadn’t been taking enough care of simplicity of our own processes and product design.”

Running two applications, Wunderlist and Wunderkit, from the ground up, was simply too much for Reber’s team to handle day to day. Along with keeping a focused beta conversation Wunderkit’s hundreds of thousands of users, 6Wunderkinder had to continue to perform upkeep on Wunderlist — an app used by a much larger audience of 3 million people. Reber said the company became too caught up in the details and was heading quickly towards a burnout.

Concerned about the wellbeing of his company, Reber said that it made sense to give Wunderkit the ax and focus on the stronger product: Wunderlist.

“The company not named after a product — it’s a brand on its own,” Reber adds. “It’s about this team, and the ability to build more than one product. We decided it’s just better to focus on one thing and to make it successful.”

In the process of laying Wunderkit to rest, 6Wunderkinder did something very important — pulling the best features from it to incorporate into their newest product, Wunderlist 2, including some important project managing lessons that they had gathered along the way.

“Wunderkit influenced Wunderlist 2 in terms of just reducing stuff,” Reber says of the new app, which has endured steady success since its release last month. “What we have now is the basis for a cross-platform product that you can work together with friends.”

Rather than looking at Wunderlist 2 as just a snappier update to its old product, Reber says that the app is a step towards recycling popular elements from Wunderkit to morph their single product into the all-in-one project management solution for work and personal that the failed project was meant to be. New features on the horizon for Wunderlist 2 include collaboration among friends, the attachment of files, and full cross-platform integration. Another lesson Reber says that he’s taken from the Wunderkit experience is adding more features quickly.

“You can see how fast we can deliver stuff now and that’s what my strategy was.” Reber explains. “Every two to four weeks, we’ll release something new, and just focus on growth.”

Although Wunderkit is kaput, the vision behind it has been thoughtfully integrated into future apps — a sign that 6Wunderkinder is not only learning from the bad but also the good.

In plenty of ways, Reber knows that he’s lucky.

“It’s probably better that I have this moment now than risk jobs or downsize the company later,” he says. “I learned it all and didn’t have to downsize anything — I could just switch focus to another product.”

Not every company’s CEO has it so easy, but the significance of the experience hasn’t been lost on the 6Wunderkinder team. Breaking it off with a pet project, especially when it consumes every fiber of your being, can be hard for anyone. But, in the longterm, letting go of a failed vision is the only way that growth can happen.

“I think Wunderkit was a great product, but was just too much of a challenge for a young startup.”

Read next: How your business could learn from Chaos Monkey