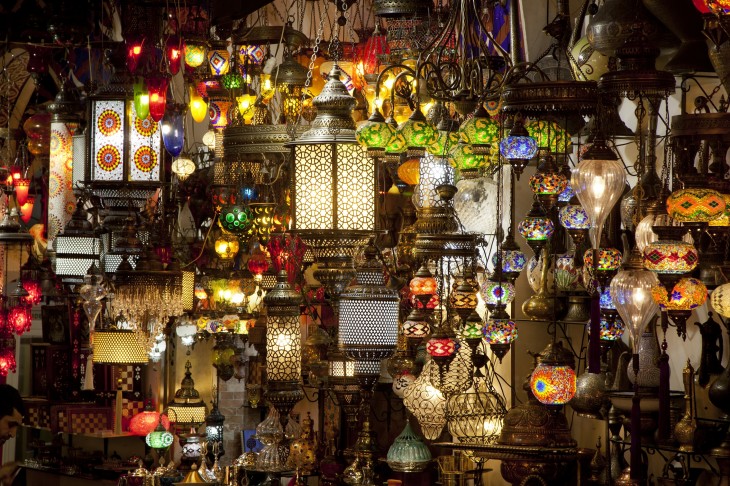 In an online marketplace like Flippa, we’ve seen buyers and sellers try out the full gamut of approaches for valuing websites — some more creative than others.

Once you decide to get your site in shape for a sale, it’s important to value it properly. Over the last six years, we’ve sold more than $100 million worth of sites on Flippa. That’s given us insight into which valuation methods are good, helping site owners clinch that all-important deal, and which fall short, leaving sites unsold and their owners disappointed.

Today I want to walk you through the more successful valuation methods in use now. I’ll show you how they relate to different aspects of a site, and why they matter.

Then we’ll look at the different types of buyers in the market, and what that can mean for the final sale price of a site.

For all their variation, the valuation approaches we see in use generally fall into three main categories: they’re based on income, assets, or the market itself.

This approach is based on the belief that revenue matters most.

It calculates value on the bases of revenue that the buyer can expect to earn from the site, taking into account the risks that are involved in operating it.

The asset approach to valuation focuses on the market value of what’s included in the sale itself.

This method aims to find the total value of the assets being sold, including, for example, things like the inventory held for an ecommerce site, as well as the website, its customer lists, contracted agreements with suppliers, and so on.

At Flippa, we’ve found that this approach can undervalue a site. In the digital space, it can be hard to work out where one asset ends and the next begins. If we’re not 100% clear on the precise nature of the assets involved in a sale, we’re more likely to underestimate the value they represent.

Buyers and sellers look at transaction values for similar sites that have sold in the recent past. By weighing up the nature of each site, and comparing that with its sale price, they can work out a rough valuation for another site in that niche.

The idea that a site is usually worth a multiple of its monthly revenue is an example of the market approach in action. This is the approach that buyers and sellers most commonly use to value sites for sale on Flippa.

In theory, this can seem a fairly open-ended question.

A site that’s making money is more valuable than a similar site that’s not. That pretty much goes without saying.

The ultimate value of this revenue is usually calculated as a multiple of the site’s average monthly revenue.

How can we know which multiple to use? By looking at three crucial factors:

Clearly, traffic is a big factor in choosing the multiple on which a site’s value is based. Buyers are happy to pay more for a site that has strong traffic levels, especially if it’s in a niche that’s easy to monetise.

In fact, the listings for many sites for sale on Flippa show a monthly value per visitor figure. This gives prospective buyers a more granular, easily comparable metric by which to assess sites for sale.

Traffic value is influenced by:

Given the importance of traffic, it’s no surprise that buyers also consider third-party indicators for the site, such as Compete and Alexa ranks, and PageRank.

They’re also likely to look closely at the site’s backlink profile and its quality. Since backlinks influence search position and traffic, buyers considering a site that relies heavily on search traffic will want to know that the links to it won’t disappear if the linking sites change hands.

They’ll also want to make sure the backlinks are legitimate, and of high quality. This way, there’s less chance that the site’s search rank will decline with the next Google algorithm update.

Given the factors we’ve just talked about, it makes sense that buyers give a higher value to sites that have a longer history than those that are new to the web.

Even without strong revenue or traffic figures, a site that’s been around for a while will usually be worth more than one that hasn’t. An older site will usually have a more well-known brand, a better backlink profile, more results in the search engines, and potentially a better search rank for key niche terms.

Most buyers will find a site like this easier to monetise than one that’s a relative newcomer to the niche, and they’ll pay accordingly.

The final value driver is technology. The older the technology behind the site, the lower the site’s value. Why? Because it’s usually pretty hard to find developers to maintain outdated code.

On the other hand, sites that have been built entirely from scratch using current technologies can still take a lot of specialized work to maintain, so that may impact their valuations, too.

The best value tends to lie with sites that are built on popular platforms, and have been well-maintained. A site that uses standards-compliant, current-version code will get the best valuation. It’ll be easy to find developers who are willing to work on it, and the work itself should be comparatively straightforward to do.

Among website owners—particularly those who haven’t bought or sold a site yet—there are a few misperceptions about what adds to site value.

The first is the amount of time the site owner has put into building the site. Novices often feel that the time they’ve devoted to their site is time that the new owner won’t have to put in, so it should count for something in a valuation.

But this time is seen as a sunk cost and it has little to no bearing on the final valuation figure.

Similarly, the potential of the idea that underlies a site that hasn’t yet attracted any traffic or made any money will rarely, if ever, influence its valuation.

Unless the site’s owner has been able to execute on the potential of that idea, it’s considered worthless. In fact, buyers usually doubt claims of “potential”—if it’s truly there, they ask, why hasn’t the current owner made the most of it already?

Buyer types and why they matter

Most buyers can be roughly grouped into one of two camps: they’re either financial buyers or strategic buyers.

Strategic buyers will evaluate each opportunity to buy a site within the context of their existing portfolio of properties or specialist resources.

Since these kinds of buyers may see synergies between the site that’s for sale and their current operations—synergies that give them the chance to make even greater profits from the new acquisition than normal—they may be willing to pay a premium for it.

These buyers are usually the ones who make the news—there are no prizes for guessing what kind of buyer Zuckerberg was when he handed over $1 billion for Instagram!

The keys to a strong site valuation

While every seller wants to meet with the dream strategic buyer, it’s virtually impossible to anticipate the kind of premium they’d be willing to pay. Pricing a site in the hopes of capturing a strategic buyer is more likely to limit the number of buyers who’ll bother to look at your site than it is to increase it.

A seller’s best bet is to price their site for financial buyers, using the points I’ve mentioned here as the basis for that valuation.

Keep in mind the primary and secondary drivers of value—revenue, site usage, site age and technology—as you research your market niche to see what comparable or peer sites are selling for.

While every hour an owner has put into a site may not be accounted for individually in the sale price, this approach should help you arrive at a valuation both parties are happy with—and one that sells.

Read next: The new activism: How geektivism is changing the world