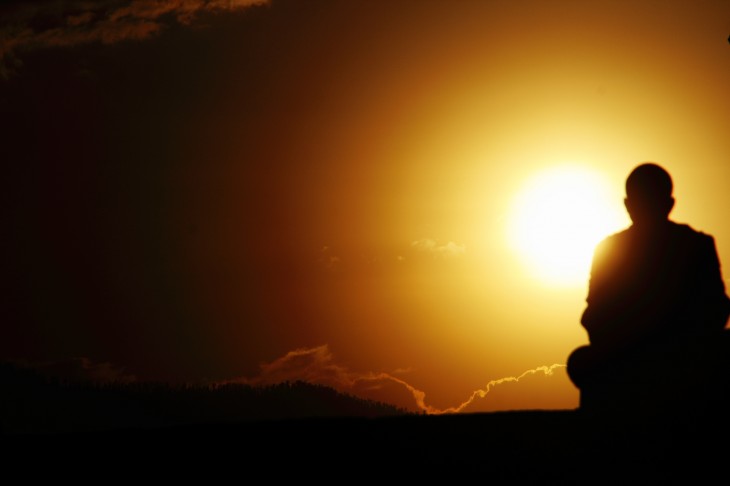 Self-employed. Freelancer. Entrepreneur. Business owner. However you label it, these people are making an independent living by themselves and their businesses they have built.

As a freelancer myself, and one who now calls herself an entrepreneur, making that transition (or really changing my mindset) from freelancer to entrepreneur started when I began to have different ideas and motivations that I found interesting and wanted to pursue. I started discovering that I didn’t want to do the exact same thing day in and day out and I wanted to be involved in many different types of things.

As a freelancer, I saw myself only as a graphic designer and a web designer. Because I saw myself in that light, that was the only type of work I was taking in. Don’t get me wrong, I love doing logo design, print design, and web design and development for my clients. I mean, if I didn’t love what I was doing then I wouldn’t have opted to become a freelancer to pursue it in the first place.

However, more opportunities started coming my way and I started doing other things such as business consultation with an emphasis on design, and writing (ahem TNW). Now, my mind is overflowing with ideas and I’m involved in tons of things: logo design for clients, helping clients evolve their business not only with design but new concepts in business, writing and publishing a book and other informative articles and guides, and working on opening a second business. So at what point did I start thinking of myself as an entrepreneur?

However, there are some freelancers that may be on the fence when it comes to entrepreneurship. They see it as too risky, or may involve more time out of their already busy days, or don’t feel like they have what it takes to be a true entrepreneur. They may see that their side projects don’t give them enough clout to call themselves entrepreneurs. There is a mindset that they don’t feel they meet the mold of being an entrepreneur.

And that is a shame. Especially since most of these freelancers are already entrepreneurs. Dare I say it.

So let’s tackle the big question, when is it time to move from being a freelancer to being an entrepreneur? I’m going to talk about some of the things to look out for that often turn freelancers into entrepreneurs.

Your side projects are starting to take on a life of their own.

And by a life of their own, I mean actually making you some money or at least have the potential to start making you money. I have yet to meet a freelancer that hasn’t started a side project of some sort, and most of these side projects become sources of additional income either shortly after their completion or a little ways down the road. For example, there are web developers that offer hosting services, web designers who sell themes on sites like ThemeForest, and writers and bloggers who write books or short PDF guides to sell to their readers.

With your main freelance business earning you a honest living, and a side project that is starting to earn a bit of extra green, this is often when most freelancers start feeling more like entrepreneurs because they are now managing different sources of income. They are having to split their attention between the two and balance the increase in time involved to take care of both.

If this describes you, then developing a side project could be just what you need to push yourself. It didn’t hit me until I started to see the real potential in earning extra income with a side project and developing that into its own business.

The need to raise your income is becoming larger and larger.

This need often comes up when you start seeing a cap on your income. A cap on your income comes from not being able to increase the amount of hours you can work and bill out to clients. Because most freelancers are trading time for money, there is only so much time they can trade. However, selling products often helps to raise or even eliminate this cap.

Freelancers often sell products such as website themes or already printed products to help boost their income. I mentioned above that freelancers often start selling services or products that aren’t directly dependent on their time, such as hosting services or books and guides. While this is one way to help raise an income cap that exists currently, another can be starting a business that can one day run itself with the right people while still putting some moolah in your pocket. You can start the business and as it grows, and hire others to take over different tasks in the business.

If you are having ideas about other businesses you are interested in or could start, chances are you are slowly moving your mindset from that of a freelancer to one of an entrepreneur. You are taking a risk by starting a new business, you are running multiple businesses, and have to become creative in the business sense in how you can create a product or service that matches a need in the marketplace, all of which indeed are characteristics of a new entrepreneur.

I get bored easily doing the same thing all the time. I can’t watch a 30 minute television show without getting up in the middle of it. If this describes you, then chances are you are looking for some sort of change. You may be tired of fighting to get every client in your freelancing business, irritated at chasing down payments, or overall looking for something to change.

By no means are you wanting to give up your freelancing career, because you truly enjoy what you are doing, but you also have other interests. You’ve been doing the same grind for a while and you want to put a bit more excitement into your daily work life. There is no shame in that.

Often when freelancers start feeling this way, a side project develops, a book starts getting written, a new website starts getting built, or even a new business plan starts getting drafted. This goes right along with everything else I have said above. However, while there are several fields of freelancing that freelancers can participate in, there are an infinite number of fields an entrepreneur can participate in. The possibilities are endless and can match any interest you may have. This often starts the transition from being just a freelancer to becoming an entrepreneur.

Well, it kind of sounds like I am already an entrepreneur.

Chances are if you already make a living through several different means, you are in the middle of the transition already. Entrepreneurship doesn’t happen overnight, but with the resources, experience, and skill level freelancers often already have, paired with time and passion, freelancing can quickly become entrepreneurship, often before freelancers even realize it.

Does any of the apply to you, or have you already experienced one of those cues that could soon label you an entrepreneur? Hopefully this serves as a nice wake-up call to push you along.

For those who call themselves freelancers, the personality is often already there — but the psychological obstacles to bigger things remain. The sooner you can see yourself as an entrepreneur, the more exciting your work becomes and the brighter your future will be!