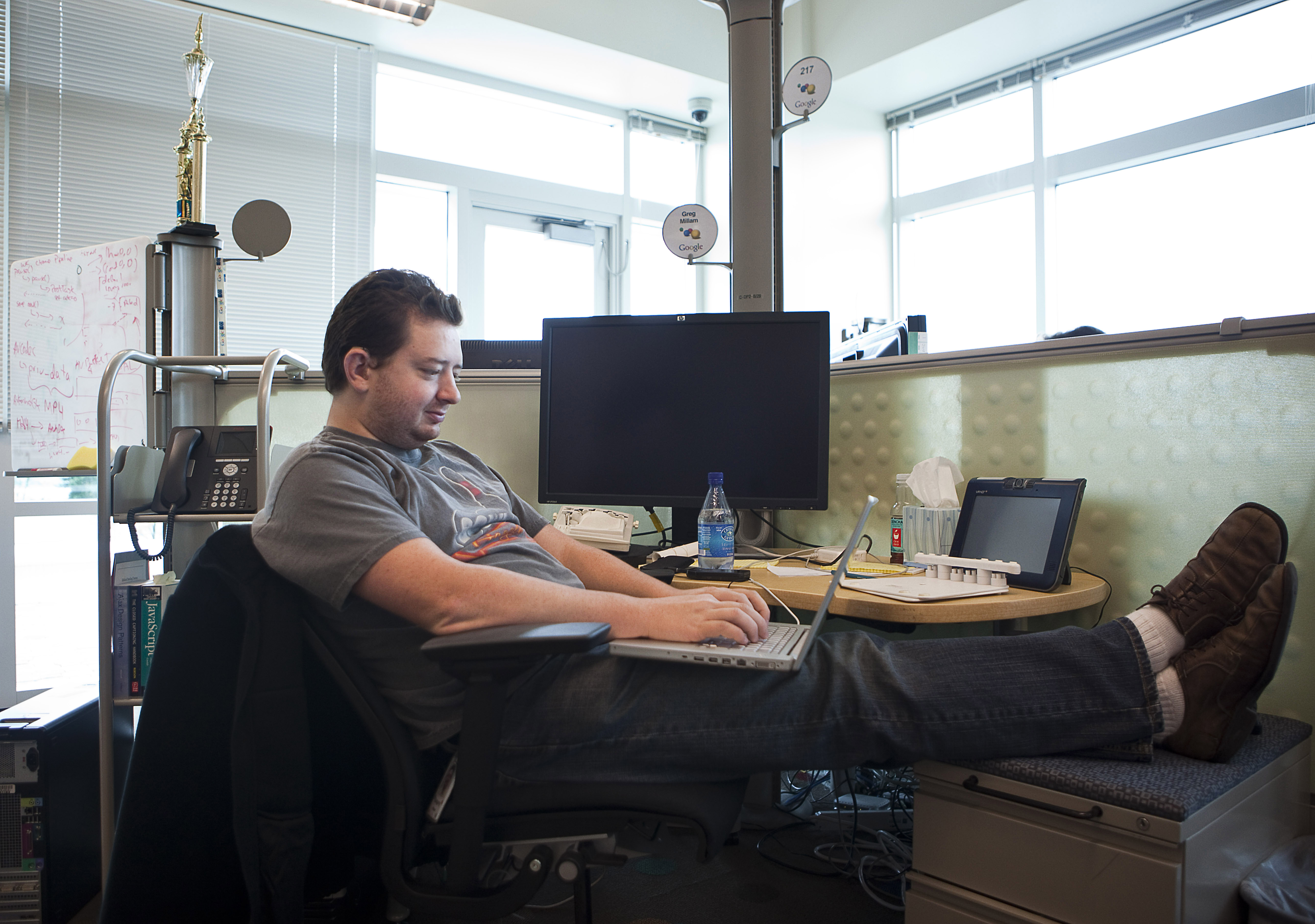 If Marc Andreesen is right (and I happen to believe he is) then talented software developers will soon be the most sought after type of employee for just about any company, whether that company’s main business is building software or not. Attracting and hiring great software developers for your company is difficult, but it’s not impossible. Here are some tips to get you started:

I’m absolutely amazed by the number of non-technical hiring managers and CEOs who are still wary of open source developers. Either 1) they assume that a guy who hacks on open source will spend time on that rather than “real work” or 2) they’re afraid that some of their proprietary stuff will be open sourced. Both of these reasons are incredibly naive and get the stereotype completely wrong. Open source developers aren’t lazy thieves. They are practitioners who take pride in staying up to date and, clearly, love to write software. They love it so much that they do it in their spare time for no money at all.

Professionals in other fields who display the same kinds of behavior–accountants who get published by professional journals or marketing pros who speak at conferences, for instance–are generally highly sought after. The same should be true for open source developers. They are the kinds of people you want on your team.

2. Get rid of the pre-screening software

Buying software that pre-screens candidates is tempting, and a lot of larger companies do it. They get tons of resumes every day, and they need a timely way to sort through them. Please don’t do this. Ever.

Many great developers don’t have anything close to a traditional technical degree. Some of the best developers in the world never went to college, or went to college to study something other than computer science, and with the rise of online learning tools like Udacity, Treehouse, and Codecademy, this trend will continue to grow. If you use pre-screening software and filter for a four year degree, or even worse for a CS degree, then you’ll miss out on some amazing potential hires.

3. Get developers involved in the hiring process

If you’re non-technical leader, the best thing you can do is recognize that you aren’t the expert and make sure the people who are the experts are involved in the hiring process.

It’s not a requirement that non-technical folks know how to code in order to recruit and hire devs. It is necessary, however, that they understand what the team thinks is important. Put your developer team in a room together and talk about how to hire folks like them.

4. Take the $20K+ you’ll spend on a headhunter and put it to better use

Recruiters often charge 15% or more of base salary for each successful placement. That’s a lot of money, and in urgent situations it’s sometimes necessary. But it’s much better in the long run if that money goes toward increasing your exposure and reputation as a company.

Spend a couple grand and sponsor user groups in nearby cities. They usually require nothing more than pizza and a few soft drinks, and having their thanks is hugely important. Contribute tocauses that support open source development. Sponsor a local hackathon. Send your developers to an awesome conference like Strangeloop or Pycon.

Spending a little money to build your reputation and earn a little love from the community will goMILES further than the single position that headhunter will place for you.

5. Be a great place to work

The best way to compete with the deep pockets of Facebook, Google, etc., is to be a great place to work. Sometimes being great has a lot to do with the work itself. Let’s face it, working for a company like Github and building pretty much whatever you want just seems like a lot of fun. Sometimes the awesome is related to the environment. Joel at Fog Creek has taken great pains to build a strong engineering culture, and it shows.

Though your company may never quite reach the stature of a Github or Fog Creek, just a few changes can go a long way. There’s a good reason Silicon Valley startups make sure you know that they provide a nice Apple rig, Aeron chairs, and 27 inch monitors. It’s not about the goodies, it’s about the signal. Those things don’t’ say “we’ve got more money than sense.” They say “we care about our developers and are willing to spend money to make them comfortable.” Figure out how your company can do the same, and then go do it.

Bonus tip: About that salary

Salary is a tough game. It’s hard to compete with deep pocketed companies that always pay top of market. But it is possible.

Several startups are doing some pretty innovative things to make up for not quite top-of-market salaries. Team Treehouse never works on Friday. Full Contact offers paid paid vacation. As extravagant as it sounds, a perk like free lunch only costs about $2,400 per employee per year. That’s not a bad cost to perceived value ratio.

But there are more important things than salary or even perks–things like the freedom to do amazing work, or to earn the respect of your peers, or to have the opportunity to learn and to grow and to do something new. These are things you can’t pay for, but they’re also things that, if absent, no amount of money can make up for. Always keep that in mind, and you’ll be just fine.

Read next: London council to install 14,000 iPad-controlled street lights that tell engineers when they need replacing