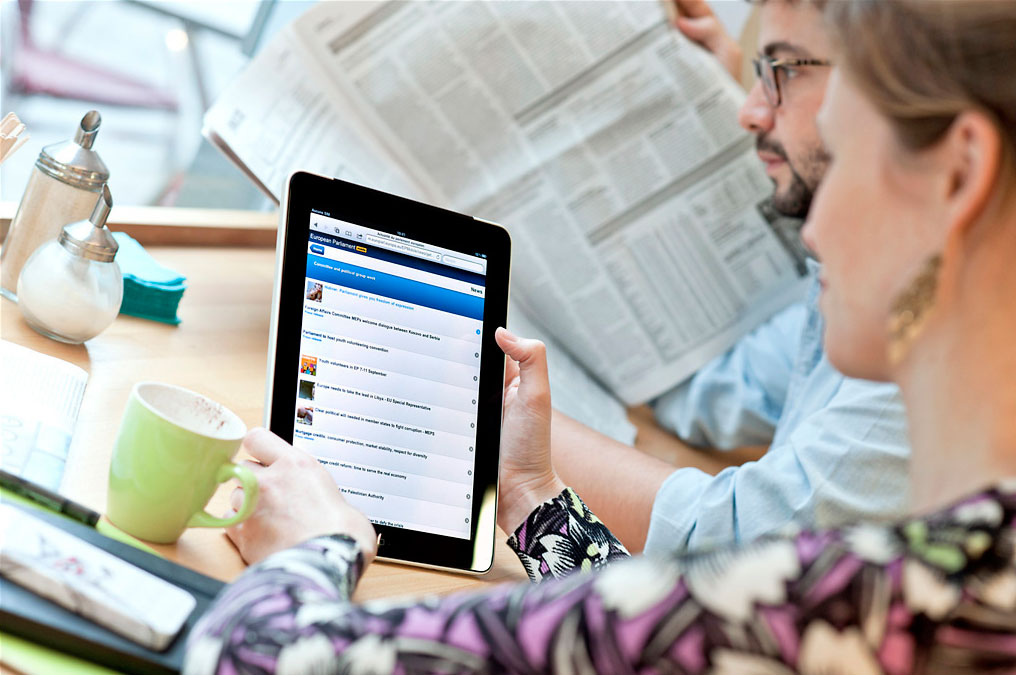 The way people are consuming news has been changing with the introduction of newer technology like the iPhone, iPad, and other smart devices. No longer are people needing to go to their familiar news stand to pick up the latest edition of the Washington Post, New York Times, or Financial Times. Instead, we’re turning to more portable devices that will display the news to us in real-time and more frequently than what we’d get through traditional means.

A recent Pew Internet study affirms this theory that the news landscape is indeed changing. Nothing is safe from the digital age, not even television. Another Pew Internet study shows that over half of all U.S. adults are using the Internet through their smartphone or tablet and 64% of tablet owners and 62% of smartphone owners indicated that they use their devices to consumer news at least weekly.

For the past few years, mobile devices have been at the center of the news industry — with notable startups like Flipboard and Zite popping up to help people keep track of all the news happening around the world and in their industries. But as the phone is being used more frequently for countless things like taking photos, jotting notes, sending emails, playing games, and/or listening to music or watching movies, people’s attention spans have definitely decreased.

That’s why I Can Haz Cheezburger founder Ben Huh felt that a solution needed to be put together. It was at a TechStars event where he pontificated about this dilemma out loud that brought Matt Galligan to his attention. Both agreed that there was a problem with how the news was being viewed on mobile devices and felt that a solution needed to be developed. Thus, Circa was born.

With $900,000 in seed funding from a bevy of well-known investors like Gary Vaynerchuk, David Karp, Dave Carlson, Dave Morin, David Cohen, Ludlow Ventures’ Jonathon Triest, Scott Belsky, and several others, Circa has considerable backing in its quest to solving what it considers a fundamental problem. In speaking with Galligan, he said that they didn’t set out to solve a specific problem everyone else had. Rather, the team wanted to address an issue they had personally and how an application could solve this.

Staffed with 12 editorial personnel, Circa is producing between 25-50 stories per day with content written by its team. All stories shown are curated just like how any traditional newsroom does it — from the Associated Press wire or from other sources. Circa creates the articles and formats it specifically for the mobile device and all stories shared represent a well-rounded focus of news affecting the world.

A secret to their potential revolution to traditional news centers around Galligan’s belief that there’s something about developing a product that can be brought to news — especially tailoring it more around the environment. Additionally, Circa is focusing on producing a great user experience and design and that, the founders think, will prove to be a winning model.

Since its launch yesterday, the startup has received some great feedback and attention — so much that it wasn’t expecting its servers to crash because of all the interest from people wanting to download the application.

In the end, both Huh and Galligan hope that Circa will inspire change in the industry. The world is changing how they digest the news and maybe this startup has stumbled upon something.

Read next: Eventbrite sees over 20,000 tickets uploaded to Apple's Passbook in 1 week