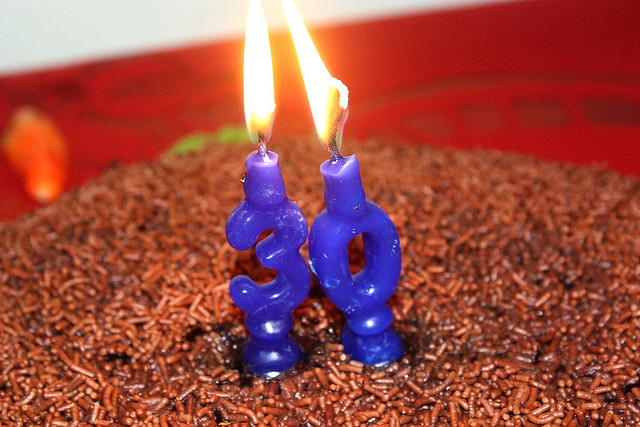 It started with a tweet that I sent this morning:

A bit tired of, and confused by, the “under 30” clubs. Apparently upending my life and becoming wildly successful doesn’t matter at 35.

Then I got to really thinking about how we in technology celebrate the young while dismissing the work of the old(er). Every time I turn around it seems that there’s another “30 Under 30”-style list, celebrating the works of young entrepreneurs. While I think that it’s great that these younger folks have managed huge things in their lives, I find it odd that there’s not equal celebration for those over-30 people who have succeeded in spite of a different set of adversities.

Or maybe having a list that talks about age is disingenuous no matter what group it points out. Maybe age, like class, color and all else, should disappear when we’re talking about people who do great things. If technology truly wants to be a meritocracy then shouldn’t all factors other than the work that has been done go to the wayside?

This is one of those times where there absolutely isn’t a clear-cut answer. For some people, being on an “under 30” list has helped to skyrocket their career because of notoriety. But for others, it has placed unnecessary pressure that lead to failure. Would the same thing happen regardless of the age group? It’s likely, at least to some degree.

I think that, perhaps, Paul Graham said it best:

“I wouldn’t advise anyone with a family to start a startup. I’m not saying it’s a bad idea, just that I don’t want to take responsibility for advising it. I’m willing to take responsibility for telling 22 year olds to start startups. So what if they fail? They’ll learn a lot, and that job at Microsoft will still be waiting for them if they need it. But I’m not prepared to cross moms.”

The unfortunate problem that has arisen is that people now seem to believe that anyone with a family and kids is simply incapable of doing the work required in the land of startups. While there are numerous examples of this line of thinking being patently false, the stereotype continues to be perpetuated. I can’t tell you how many times I’ve seen startups pass over the highly-experienced, 40 year old dad of 2 in favor of the fresh-faced Stanford CS grad, only to later regret the decision.

If history has taught us anything, it should be that we can learn from those who have come before us. I’m not talking only about multi-generational gaps and the stuff written in your schoolbooks, but also about people who have simply “been there, done that” more often than you have.

I’m reminded of the somewhat-recent debacle of CrunchFund’s Mike Arrington. By simply not providing the right context, he was accused of being a racist. But with the context, his answers to baited questions could have been construed as racist anyway. It’s the same problem when we’re addressing any sensitive topic, age included.

Context is important. If someone is inducted to MENSA, it’s a big deal. If they happen to be 4 years old it’s a huge story. If you start a company at 13 there are incubators for you. Start one at 53? Good luck finding support. These are details, and they’re hugely important.

Like all other determining factors for measuring the impact of someone’s success or ability, we have to put age to the side unless it’s somehow relevant to their work. But simply adding someone’s age into a headline, or pointing them out because of it, turns the entire subject into relativism.

The under-30 crowd is now the status quo. That’s not to say that their work isn’t important and that they shouldn’t be proud. Quite the opposite in fact. Be extraordinarily proud of what you’ve done, and be thankful for having so many years left to continue your work. But to promote or discount the work or ability of another based solely upon their age is foolish. It doesn’t matter if you’re 15 or 50, if you do something amazing then you deserve that credit, but don’t you dare tell me that the 50 year old can’t do it. There are far too many examples that are already proving you wrong.

As an aside, all 4 of TNW’s founders are over 30, as are a good number of our writers. It’s never too late.