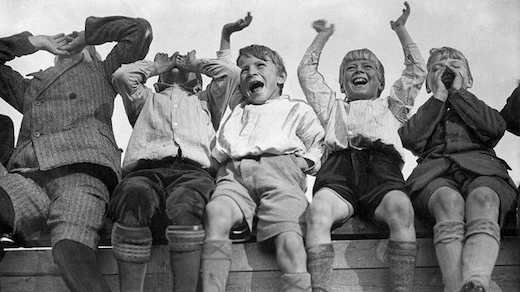 Alexis Ohanian, the cofounder of Reddit, Breadpig, and several other successful startups, has teamed up with hyperink to release an exclusive ebook based on his talk on how to start and grow an amazing company. The $2.99 book, “Make Something People Love,” chronicles how Reddit, Hipmunk and Breadpig grew, and is packed with insight on the crucial decisions that founders and teams face from the beginning.

The meat of the story is learning how to make a product people love…and want. Ohanian elaborates that what’s “challenging and wonderful about the web is that tricks of perception alone will not work. Anything you create actually has to be good.” Your competition is stiff on the Internet, cute cats included.

Here’s an excerpt from the book:

Think of the best party hosts you’ve ever seen. They’re not spending their time talking about how awesome they are—they don’t have time for that stuff. Instead, they’re spending their time introducing other awesome people to one another, and helping find some common ground between their guests. At reddit, we always thought of ourselves as something between party hosts and janitors. We wanted to keep the party going by making sure everyone had drinks and, you know, keeping the riff-raff out, making sure the toilets didn’t get clogged, whatever. 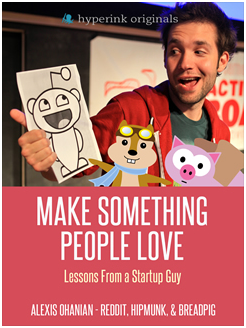 When we saw that the party was getting bigger, we started opening up extra rooms for our guests to kind of spill over into. We knew that if we put the basic tools in place and gave our community the power, they would start to take responsibility for their own party experience, creating all the sub-communities, these “subreddits,” within the site. We launched the first subreddit, /r/programming, because programmers were upset that their favorite links were no longer showing up on the front page. We slowly started rolling out subreddits that we ourselves managed and seeded for months before finally opening them up to users. Even then, it took quite some time; I made countless house ads promoting then-nascent communities like /r/gaming and even quite a few of our own submissions to prime the community for new users. But eventually our users were actually just as excited about making reddit successful as we were. And when you’ve got users who are just as invested in the success of a company as its founders, you know you’re throwing a really, really good party.

The book is available for the Nook, iPad, Kindle and as a PDF, and is certainly worth a look if you’re preparing to enter the startup scene as an entrepreneur. Best of all, 10% of the revenue will be donated to Fight For the Future. Check it out below:

Read next: You think pitching is hard? Watch Tim Berners-Lee and other tech leaders get shot down by children