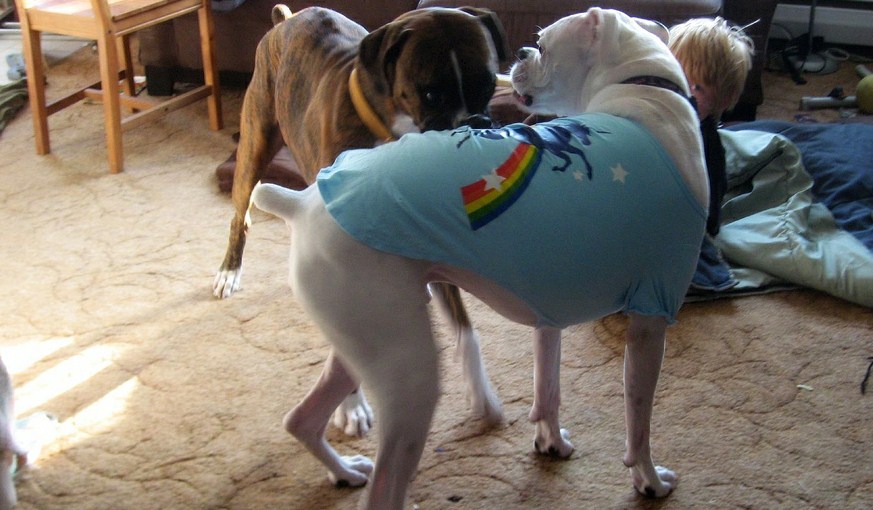 We love Manpacks here at TNW. The idea, the team, and the execution are all too good to ignore. That we need the service is simply icing on the cake. If you want a full look at the company, and its origins, head here. It’s worth reading.

However, today we have something different. Manpacks has landed a partnership that it has long coveted, and it’s a very good story. We had a chat with Ken Johnson at Manpacks, and learned the following. If you are thinking about building a company, his thought process is important to grok.

Roughly, Manpacks wanted to sell American Apparel clothes as part of their collection of items. It didn’t work out for some time. Things have since turned around. Here’s how it all went down:

TNW: Describe your initial problems with American Apparel, why couldn’t you use their products in the way you wanted?

KJ: When we launched in 2010 with Hanes products only, our top requested item was American Apparel t-shirts. We called them, emailed them, and even applied for wholesale accounts via their online forms. When we finally got some firm “no’s” out of them it was a disappointment. Their given reason? They didn’t allow retailers to sell their blank shirts; you had to print on them first. So we ordered a bunch of white shirts from a t-shirt printer, with little white Manpacks logos that were almost invisible. We sold those shirts for a while, but it just wasn’t worth the effort so we discontinued them. The cost was too high, in terms of time.

TNW: And your customers found the situation irksome?

KJ: People were pissed when we discontinued the shirts. American Apparel has an incredibly loyal following, and they do make some great t-shirts. Leaving them was a pain point for Manpacks, but was the right decision.

TNW: What was your interim solution?

KJ: Post-American Apparel, we quickly landed an account with Calvin Klein and started carrying their slim fit t-shirts, which are similar to the popular ‘AA 2001.’ This lessened the tension.

TNW: Walk me through the détente that occurred between Manpacks and American Apparel.

KJ: A couple of weeks ago my cell phone rings, and it’s a woman from the American Apparel office. She asks if we’d consider carrying some of their products. I told her the story of how we had been rejected in the past, and she admitted that it was a mistake. American Apparel [had] wanted to control all of their sales online, and thought that having other online retailers selling their products would hurt their business. American Apparel hasn’t been doing great with this strategy, so recently they began testing sales via niche online retailers.

Initial tests have shown very positive results, so we are now a part of the first wave of retailers to carry their products online. It’s exciting, and we’re psyched to have access to their entire catalog.

TNW: And today, as all is set straight, how do you expect your customers to react?

KJ: Our customers are going to go crazy for this stuff. The tri-blend shirts have become insanely popular lately, particularly among early adopters because startups love to print their logos on these super-comfy shirts. Who knows what they will think of the striped gym socks? We also have a surprise item that people can read about on our blog.

And that, ladies and gentlemen, is how the sausage is made. For more, we recommend following the Manpacks team on Twitter. They’re funny.

Read next: 74% of the browser market supports HTML5 video, but Flash’s death will take time