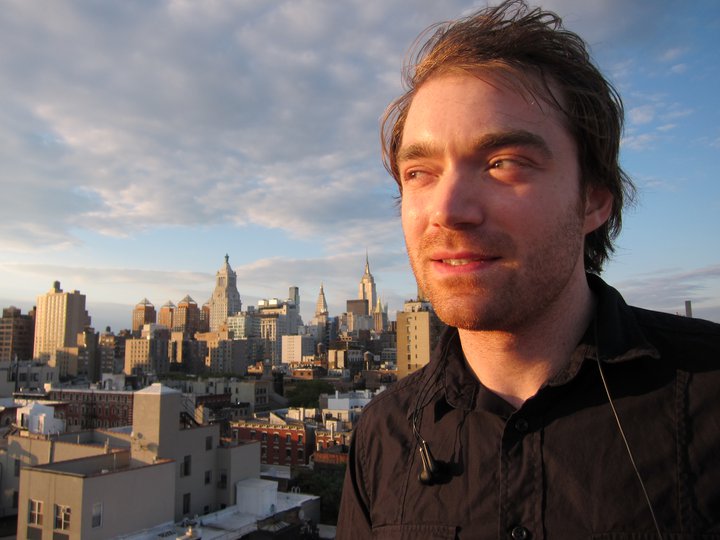 Once upon a time, while helping my girlfriend prepare for a trip, I noticed that she took a photo of every outfit before packing it.

“What are you doing?” I asked.
“Well, whenever I find an outfit I like, I take a photo of it so I can remember it for later.”
“And the photos just float randomly in your iPhone’s photo roll?”
“Pretty much.”

Queue the cartoon light bulb! After all, where there is chaos in the mobile world, there’s an unmade app waiting to take its place.

Six months (and an unbelievable amount of hard work from my friends and partners: co-founder Wray Serna, programmer Pablo Quinteros, and designer Keith Vincent) later and Cloth—our app for iPhone and iPod Touch that makes it easy to shoot, categorize, and share your favorite outfits, sort of like Cher’s computer in Clueless—is not only out, it’s a certifiable hit. We’ve been featured on the iTunes homepage twice, and received rave reviews from our users and media outlets (such as TNW).

Basically: I feel awesome, having lived the dream of every tech-loving guy to give birth to a coded creation that is used and loved by thousands.

But how did I—a magazine editor with no investors and no massive savings account—manage to bootstrap an app without going into debt? Airbnb, of course.

Yep, the apartment/room/couch-rental service has allowed me to fund my app entirely on the back of my extra bedroom. No equity-taking venture capitalists, no credit cards, and (short of the occasional bathroom traffic jam) no real hit to my lifestyle.

Here’s how it can work out for you. Funding a modest app will cost you—at the very minimum—$10,000. We’re talking basic tasic here—no frills, enterprise support, or any of that fancy jazz. Unless you happen to be a pro at Objective C or a trained graphic designer, you’ll need to hire or team up with both an iOS programmer and a designer. And these guys (especially iOS programmers, who are the beneficiaries of an extremely lopsided supply and demand equation when it comes to their labor), are not cheap. Fact is, most apps worth their salt will end up costing closer to $15,000 or $20,000 (and that’s not even touching the game world—where it can easily cost you a half-million bucks to bring your own angry aviaries or zombie-averse greenery to life). Still, lets play around with the nice, round, 10-grand number for funsies sake.

Here comes the big caveat: For the Airbnb funding model to work, it really helps to live in a major city such as San Francisco or New York or… well… pretty much just San Francisco or New York. On the Airbnb market, these are probably the two best locations in the U.S.A. to have property, thanks to a lucky combination of exorbitant who-can-afford-that? hotel rates, tech-savvy residents, and (this is a biggie) a virtually non-existent down season.

Let’s put it this way: That Hamptons Airbnb listing might go for a pretty penny over Independence Day weekend, but midweek in January, and you’ll barely be able to give it away. In San Fran and New York (and maybe a few other towns: such as Seattle, Boston, and D.C.), a healthy mix of midweek business travelers, long-term international visitors, and plain-Jane tourists keep demand in these cities very, very steady.

In New York, the going rate for a bedroom in a decent neighborhood runs from about $75 to $125 per night. At this rate, a nice room can easily find itself booked almost every night, year-round. Let’s say a $100-per-night room is booked for a conservative 20 nights out of the month. That’s $2,000 of income every time you flip the calendar! At that rate, you can fully fund a basic $10,000 app in five months. Book it 30 nights per month, and we’re talking just over three months. And if you pay your developer and designer in three equal increments (as is common procedure), just a small bit of savings will allow you to get started on the project almost immediately, with a steady stream of Airbnb income paying for the rest.

Of course, while an extra bedroom in the East Village may be the equivalent of a sweetheart deal with Sequoia, not everybody is lucky enough to have one of these just lying around. But if you really want to get that app or startup going, Airbnb can help you turn something as modest as your spare couch into an endless stream of cash. Sure, a couch’s lower nightly rate may mean it takes a bit longer to get all the funds you need—and dealing with the visitors might be slightly more annoying to deal with—but it’s still a definite option for the ambitious entrepreneur looking for some way to make their idea a reality.

So while some startups are thrown into the arms of any investor who happens to come knocking (or spend all their time and resources looking for an investor to come knocking) all I can say is: Thank goodness for Airbnb—a company that, before Ashton Kutcher’s cash and a billion-dollar valuation and all that other fun stuff were around, was famously funded through the sale of novelty “Obama O’s” cereal boxes printed by its founders. Makes you think: If only an Airbnb had been around when these guys started their company…

Read next: Groupon's Mason: We are a technology company with an important human core