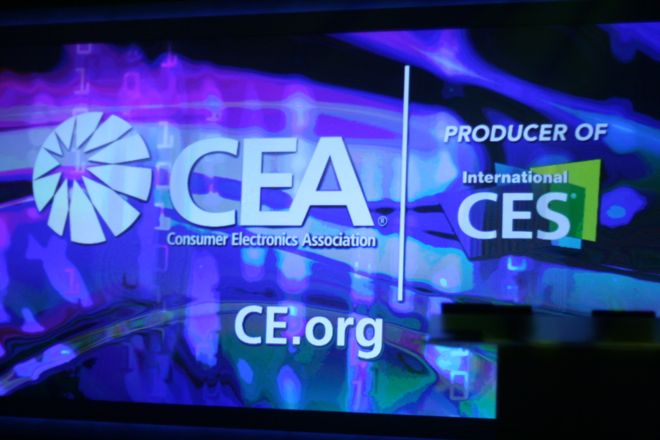 I’ve been back from CES for a couple of days now (read all of our coverage here). After clearing out my inbox and racking my brain about a wrap-up post for the event, it finally occurred to me why it was that I’ve had such a hard time in finding a topic — I’m just not impressed. In fact, I’m mildly depressed by what I saw, and further to that point, I’m bothered by what it means.

Let me explain — CES is supposed to be where the biggest and brightest ideas of the upcoming year in consumer electronics are shown. Instead, there are maybe 10 or 15 things that are truly unique (and maybe 6 that you’ll care about) but there are thousands that are copycat, lowest-common-denomonator examples. So I walked out of the expo after 5 days of nearly-fruitless searching and I’m reminded as to the problems that face innovation today, as well as what we can do to change them.

The issue at hand is that the problems start from a very young age. I can only speak for the education system here in the US, but I think that we’re not completely unique from the rest of the world. The shocking lack of interest in doing things that are truly innovative is a direct byproduct of an educational system that’s aiming toward passable standardized test scores instead of something much greater. 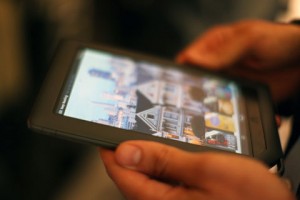 For two weeks previous to my trip to CES, my 7 and 9 year old kids were here with me. My son (the 9 year old) had gotten a Nook Color for Christmas and I was excited to have the chance to use it with him. He’s an incredibly smart guy (being as unbiased as I can) but he’s bored with school and therefore doesn’t want to work at making it interesting. The Nook held the promise of him being able to play with technology, which he loves, while using it to learn and read. I was excited.

But then he fires the thing up and shows me his favorite feature – a book that reads to him. “Well, I can read along with it, but usually I just let it read to me”, he says, to my frustration. The included issue of National Geographic? He could tell me which pictures were next, but couldn’t tell me the story about them.

We talked, at length, about why he was making these choices but I suppose that I shouldn’t be surprised because the school that he goes to is teaching him that it’s acceptable to guess at words that you don’t know, or just skip them if you’re tired of trying because they’re too hard.

No, I’m not kidding. That’s how he was taught to read: Sound out the word, try to gather its meaning from context, but if you can’t then that’s OK. It’s just too hard and you can guess what it means or just skip it. Don’t bother finding a dictionary or asking your teacher. Simply move along and forget the challenge.

Why teach like this? The answer is simple – In a testing environment, he has a 1 out of 3 or perhaps 1 out of 4 chance of guessing the correct answer. Since the tests are timed, the school would prefer that he simply guesses rather than spending too long on investigation.

Is it any wonder then that the average reading ability of a person in the United States is at the level of an 8th-grade education? We even have tools to make sure that you’re writing at those levels. How can we expect innovation when we can’t get people to understand higher  principles because they can’t comprehend what we’re writing?

It’s a grievously-forgiving system and it’s stifling the minds of our younger generations. Yes, there are exceptions, but they shouldn’t be exceptions, They should be the rule. We’ve grown into a society where participation is awarded trophies because we don’t want to hurt anyone’s feelings. Well here’s a news flash — the real world doesn’t care very much about your feelings, and participation will land you asking people if they want fries with that order.

Don’t get me wrong, I’m not saying that we don’t need people to make us hamburgers. For some, that’s exactly what they want in life and I’m happy that they have the chance to do it. But many others land there because they’ve been taught that mediocrity is a goal.

Now let’s move this forward a few years, where our undereducated masses are vying for a position in the world. If there’s an entrepreneurial spirit left inside these people after years of being beaten into mediocrity then they’re the ones to blame for patent trolling and coat-tailing on the truly great ideas of others. Another social photo sharing app? It will get millions in funding. A system that can truly change the way that education happens? Good luck scraping together enough cash to get it off the ground.

So perhaps we are to blame for the problems, every bit as much as the education system that led these people to where they are today. They’re simply participating, then expecting the trophy. Why wouldn’t they? It’s how they’ve been brought up. 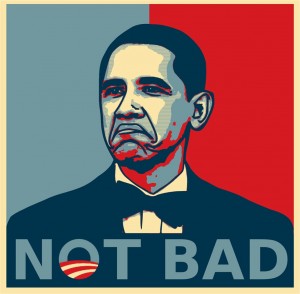 The flip side of this coin is that many of us have grown not only to accept but also expect lukewarm innovation. We lust after it because it’s what has become marketable to the masses. It’s the very reason why aggregation is accepted as journalism, why a hugely-popular section of CES featured mainly iPhone cases and why the inauguration speech of the President of the United States was written at that 8th-grade level. The idea of challenging the status quo isn’t marketable enough, so we continue to cater to the middle of the road.

Thus ends my rant for today, but I want to see this also as a manifesto for myself when it comes to the technology innovations that I really spend time covering. Yes, I’ll still cover news as it happens because that’s important to many of our readers here at TNW. But I will delve deeply into the pulsing heart of technology to find what’s amazing and what’s next.

For those who are building the next web, I challenge you to do the same. Dig in and be more than the sum of your parts. For those in the teaching systems, I beg you to stop teaching our kids to be employees. Teach them to be entrepreneurs. If you don’t feel qualified to do that, take up the reigns and drive your own path toward greatness so that you can teach others. It’s more than just the fate of some ridiculous trade show that relies on us pulling together for these goals.

By the way, this was written at an 8th-grade level as well. How are we fixing the problem? Read on to see how the Internet is revolutionizing education.

Read next: Nissan develops an iPhone case that isn't just scratch resistant, it can heal itself