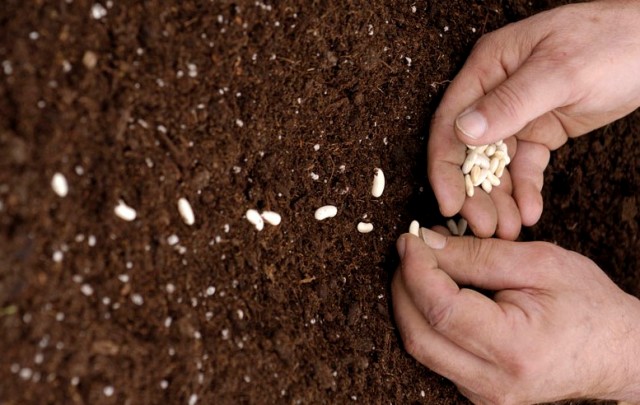 Nobody likes to fail, do they? But failure is a key facet of the entrepreneurial process. Richard Branson has succeeded with music, telecommunications, travel and even carbonated cola drinks – he’s probably one of the most well-known entrepreneurs in the world. But he too has failed – before he launched Virgin Records as a youth, he’d started a bird-breeding enterprise and also a Christmas-tree growing business, neither of which flourished.

Whilst Branson’s estimated current net worth of £3bn certainly softens the blow of any minor failures early in his career, it’s worth looking at how failure can be a good thing, as long as it’s managed correctly. It’s the act of trial and error that leads many entrepreneurs to success – so, if someone fails, at the very least it means they are trying. Failure only becomes a bad thing if they don’t learn from the experience.

At The Next Web, we mingle with a lot of startups and entrepreneurs, and we often hear about ‘pivots’ – where an initial seed of an idea evolves over time, as the startup better understands what’s needed by the public.

In an interview with serial entrepreneur Jason Calacanis a few weeks back, we asked him if there was any way of cutting out the ‘pivoting’ part of a startup’s evolution, and Jason said:

“The best practice today is to get a product in the market and learn. You can’t do it any other way in my mind, at least not for Internet companies.”

Similarly, we interviewed Instagram founder Kevin Systrom a couple of months back, and the story behind how he transformed what was called Burbn into what is now one of the most popular mobile apps in the world, is an interesting one, if only because it helps demonstrate the importance of learning and evolving when you are in the early days of working on a new venture. We said at the time:

“If Burbn was anything, it was a testbed – it was an unintentional experiment that paved the way for what would become a very successful app. The key, it seems, was in identifying ‘unexpected behaviors’ and looking at how people were actually using the product as opposed to how they were meant to be using it. Kevin pointed to the YouTube analogy which, if you didn’t know, started off as a video website aimed at the dating market – but it soon pivoted when users started uploading videos of cats doing cute things.”

Burbn wasn’t intended as a photo-sharing app per se. It was like an HTML 5 version of Foursquare – it was a social check-in app that let users share their location and other content. It turns out that people were using Burbn to share a lot of photos, so Burbn pivoted from being a location-based app that lets you share photos, into a photo-sharing app that had neat location-based functionality built in.

In early November, when were out and about at Internet Week Europe, we stumbled upon an interesting session involving a handful of startups discussing how and why they pivoted their business. Richard Moross, founder of online printers Moo.com, and Dror Ceder, founder of Wibiya, discussed some of the pitfalls they faced before eventual success, and the ‘failing fast’ concept reared its head again. We wrote at the time:

“Failure isn’t inherently bad, but dragging a failure out for longer than is necessary is suicidal for startups. Fail fast, move on and learn from your mistakes.”

Fail fast and learn from your mistakes. But how can you do that? If you’ve invested a lot of blood, sweat and tears into getting your enterprise off the ground, it can be difficult to acknowledge that a serious pivot may be required. You may even have to go back to square one.

You can’t recover from a business mistake unless you know you’ve made a mistake. So don’t fool yourself and don’t delay the inevitable if you know, deep-down, that your business isn’t working. Polish your best cutlery, dig out your finest crockery and tuck into a large helping of humble pie – never be afraid to own-up to a mistake.

The quicker you can react to a bad situation, the better. Take it on the chin, don’t be bitter and learn from your mistakes.

If you finally accept that you’ll need to change things, it’s likely there will be other people that will need to know too. It could be your family, interns, employees, investors, customers – whoever is directly affected need to know. It’s unlikely anyone will hate you for it, so just tell it like it is and explain how you plan to turn things around.

A knock-on effect of this could be that relationships will become more solid as a result, and when it’s time to recover you’ll have the same people by your side to help move things forward.

Find a fix and move forward

That said, you will likely be faced with some pretty tough decisions – ones that may make you unpopular. It’s often said that one of the toughest parts of running a business is having to let good people go, but if you need to strip-down and streamline your new business, that’s exactly what you may have to do.

However, you shouldn’t jump to that conclusion. If you’re not undergoing a full-blown pivot and are only seeking to remedy one or two (big) mistakes, it’s worth exploring whether you can reverse the situation.

Sure, you may need to ask for a few favors, maybe even ask staff to work unpaid for a short while, but don’t let foolish pride get in the way of that. Issue apologies where you think apologies are needed, explain what went wrong and explore whether backtracking a few stages is more feasible.

If that’s not possible, you may just have to consolidate, cut your losses and learn from your mistakes. And this is a key point to finish here with.

The last thing you want is for history to repeat itself. Look at why your mistake(s) happened, how could you have done things differently? How will you change things moving forward?

This may be a good point to bring on board someone with more experience than you – it could be a mentor, adviser, investor or a co-founder who will help bring a different dynamic to the company.

However you plan to recover though, remember that failing isn’t inherently a bad thing. But if it does happen, fail fast.