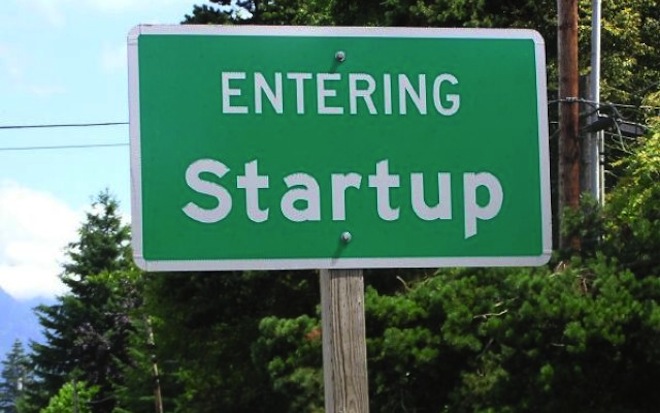 In the past months I’ve spent a lot of time talking to beta users and beta customers. One of my conclusions is that our product is just not cool enough, not fun enough.

I remembered this video by Dave McClure on how to pitch to a VC your problem and the importance of solving a problem that people can relate to on an emotional level. I’m sure some of you think that being a cool startup is not important but to be the next really big thing you have to be cool! To those of you who are skeptical just think of Apple, Facebook, Twitter, Google and even Dropbox and Foursquare. It doesn’t matter if they’re investors, employees or customers – people want to be a part of something cool.

As an entrepreneur, seeing the massive amount of new startups emerging is truly amazing. However, as Paul Graham said to these two young entrepreneurs in Y Combinator office hours, there are bigger problems to solve (speed up to min 20).

There are startups for just about anything these days and don’t get me wrong, that is a very blessed thing. In my mind in order to be the new cool kid on the block you must aim high, very high. Even if your strategy is to address a small segment of the users at first (think Facebook) the problem you are about to solve has to be a real and wide enough problem. To do that you need to think big, very big. In one of my talks with a serial entrepreneur he said something that has stuck with me: “If you fail, fail right”.

Probably the must important element to becoming a cool startup, is that execution is everything. I don’t know any world changing company that is not product focused. The product has to be amazing there is just no other way to put it. Your product is your face, eyes and voice. If it doesn’t have a wow factor you don’t have chance.

As a founder I try not to focus on valuations, articles with my name everywhere or going to a lot of conventions. Don’t get me wrong, those things are important sometimes but not most of the time. Being cool is not having launches with VC’s or mingling 3 times a week. Being cool is seeing a customer/user that loves your product. Being cool is building an addictive UX, a beautiful architecture and just a kick ass product.

The biggest problem here is that getting an article on The Next Web or any number of other technology reporting sites is actually really cool and therefore it is very easy to get confused. I myself got confused several times.

Zynga’s CEO even has a phrase for it – “a fake CEO”. A fake CEO is someone who goes out, does talks and photoshoots, meanwhile something at the company is “on fire”. They’re the ones who are far more interested in the appearance of being a CEO than they are in actually running the company.

Without an amazingly executed product there is no chance to have a cool product. If Dropbox’s product wasn’t as simple and well executed I don’t think Drew would’ve had a chance. Being product focused is really a tough job, testing and improving every little detail is not fun but it’s the only way to be the new cool kid on the block.

In order to be a true rock star you have to be cool. I know, you’re probably thinking what’s cool about Larry Page or Mark Zuckerberg? But if you think about it their story proves that they are just about the coolest you can get (oh yeah, maybe Sean Parker is a bit cooler).

A true rock star has to be confident and believe that what they’re doing is right no matter what. In order to even establish an amazing team you just have to have something that people are drawn to, that’s cool in my book. The founders’ personality is inherent in the company culture, product, team and just about everything they touch.

These are my personal thoughts on the importance of a cool startup and the key elements for building one. But I really want to hear what is cool for you…

Read next: There's more to Twitter than you think: Current studies aren't science