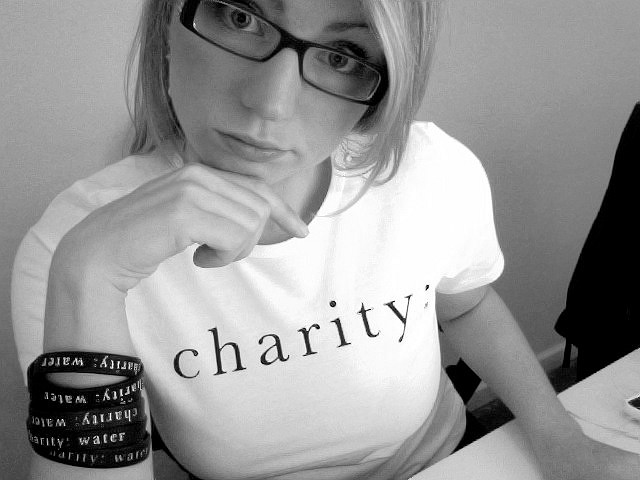 Co-Founder and former CEO of SimpleGeo, Matt Galligan has set his sights on working with companies to give up a percentage of its worth to charity.

Along with investor Shervin Pishevar, Matt Galligan would like to think about dedicating a part of a company’s future to social good. Their project, 1% of Nothing, is now actively asking for startup founders and employees to pledge 1% of a company’s equity to a charitable organization or good cause that the company has specific interest in.

It’s a brilliant idea, and could raise millions of dollars for all types of worthy causes, because of the hot funding and acquisition activity in Silicon Valley.

In a blog post yesterday, Galligan officially introduced the project, and had this to say about it:

Shervin and I got to talking, comparing notes. We tried to understand all of the reasons that a startup might not participate in philanthropy. One answer was that they didn’t have money to spend – a valid one. The next was that maybe these early-stage entrepreneurs didn’t actually have exposure to philanthropy or have any clue as to how they might contribute. This too was a valid concern. So armed with this information we asked how we might set out to solve this problem.

We looked at causes like the Salesforce Foundation and the Entrepreneur’s Foundation, that were already encouraging companies to give some of their equity and sometimes time and profit to causes. Then we outlined all the things we liked and didn’t like about the organizations already out there and came up with a primer for our “Mission: One” (an early name).

The idea was that we could encourage founders to give 1% of their equity to a cause of their choice. Then if that startup was acquired it would turn into immediate cash for that cause and hopefully a lot of it. We recognized that there aren’t a ton of companies that get acquired every year but believed that if we could get even a small percentage of all startups to commit to the pledge it could create a whole new sector of philanthropy – something I’ve mentioned before – “early-stage corporate philanthropy”.

Early-stage corporate philanthropy, as Galligan calls it, is a great way to get employees who are working long hours to succeed, find new ways to feel good about what they’re doing.

Companies are starting to take notice already, as Founder and CEO of Page.ly, Joshua Strebel, has already dedicated 1% of his company to social good.

If you’re a startup, just having started or have already received funding, the organization is asking you to take a pledge to do exactly what Strebel did. It could make a world a difference, and the form is simple one to fill out. Following through on your promise is what counts, should you have that big exit one day.

Will you respect companies who participate in 1% Of Nothing a little more? Working without a lot of funding is extremely stressful, and this is something that can make it all a little more worthwhile.

Read next: What Factors Make a Startup Cool?