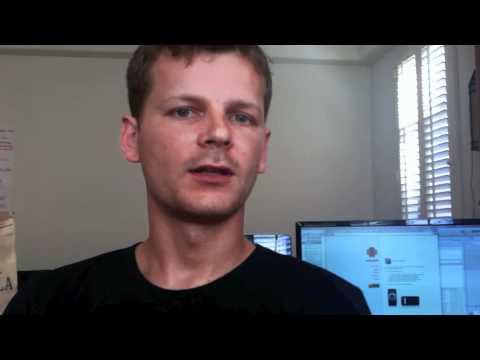 Readers of The Next Web know that technology is breaking down borders, and bringing the world closer than ever. Social media tools allow us to communicate across any distance, and to form communities of interest no matter where we are in the world. More to the point, the cost and availability of tools needed to start successful companies make it unnecessary for teams to share the same space, or even time zone, so long as a quick Skype chat can be arranged.

All that said, there’s a reason why entrepreneurs from around the world consistently choose to launch their companies in Silicon Valley, or why they come here to take their operation to the next level. With thousands of applicants, Silicon Valley’s Y Combinator accelerator program chooses entrepreneurs from around the world, and we spoke to some of those who came to the U.S. about why they’re here, and what lessons they’ve learned from working on companies abroad.

Science Exchange co-founder Elisabeth Iorns (pictured, center) grew up in New Zealand, and has joint Australian citizenship, though she moved to the UK in 2003 to do her PhD. Before being accepted into Y Combinator Iorns spent three years in the U.S. Conducting post-doctoral work.

“There is an entrepreneurial mindset in the US, and particularly in Silicon Valley, that is unique,” says Iorns. “Nowhere else celebrates taking that crazy leap to start something new in quite the same way. Without the encouragement from people in the startup community it would have been much harder to get started with Science Exchange.”

Among the unique features of Silicon Valley is people’s willingness to make very valuable introductions, says Iorns, though it doesn’t hurt to have Paul Graham, Ron Conway and Yuri Milner in her corner too, she admits. Iorns says that her success as an entrepreneur owes as much to her background as a research scientist, which she feels is a complementary skillset for an entrepreneur, as it does to maintaining a network which spans New Zealand, Australia, the UK and the U.S.

“Being in Silicon Valley, and particularly being part of Y Combinator, seems to make things happen faster,” says Iorns. “I don’t think we could have gone from an idea to a fully-launched revenue-generating platform in under 5 months if we had been anywhere else.”

Mikael Bernstein is the co-founder of language learning tool Verbling, and was a Swedish/Russian translator and interrogations specialist during his military service. He grew up in Sweden and traveled extensively with his family as a child. It’s hard to imagine better preparation for building a language-learning tool.

“We really understand our users,” says Bernstein of himself and his team. “We like meeting new people and being exposed to new cultures.”

Coming from a background that includes so much travel, and so many interactions with people of different traditions brings a lot to the business, and fortunately there are engineers, investors and entrepreneurs from all around the world who live here, making a globetrotter feel right at home.

Phillip Gutheim is the German-born CIO of Mobile Works, who came to California to study at Berkeley after working for Infosys in Pune, India. Gutheim has traveled extensively in Asia and Africa, stopping in Nepal, China and Sierra Leone, amongst other places.

Phillip said that from his travel experience, and his time working in Asia, he has come to see the people who perform outsourced labor as much more than just cogs in a wheel. While MobileWorks functions as a more efficient and cost effective version of Amazon’s Mechanical Turk, it also has a social mission, meant to improve the lives of its workers, not only to extract the maximum value from their time. Mobile Street wants to help companies perform outsourced tasks better and help integrate humans into computing in a mutually beneficial way.

One reason why Phillip says it’s good to be in Silicon Valley is because Germans are known to be fairly risk averse. If you want evidence of this, all you have to do is look at the prominence of the insurance industry, which is one of the largest drivers of economic activity there. In California, people aren’t afraid to fail, and it’s easy to find people willing to run into the fire with you.

Vivek Ravisankar of Interview Street said that Silicon Valley is the place to be because it is an environment that nurtures young, untested entrepreneurs, in a way that can’t be matched in India.

In the tech world, India may be known more as a hub of outsourcing, but there’s been a huge surge of startup activity there as well. However, for a combination of reasons, it’s still very hard to get early stage investment, he says.

Access to mentors is also an important reason why Silicon Valley is important to foreign entrepreneurs, and having so many people around who have already encountered similar challenges on tech projects is a priceless asset.

Rok Krulec is the CIO of DoubleRecall, which is a publisher paywall system that engages readers with an unobtrusive, text-based authentication. Rok and his team are from Slovenia, where DoubleRecall was launched, and he said that their customer acquisition strategy has shifted since moving to the U.S. In Slovenia, DoubleRecall targeted smaller publishers with its platform in order to put pressure on larger content producers to adopt it as well. One of the challenges of bringing the product to the U.S. was focusing on major players in the media first, and adopting a top-down approach instead. While the challenge it hopes to address is global, and user behavior is the same everywhere, from their observations, what works in business doesn’t always translate across national borders. Sometimes you have to go bigger than you thought you were ready for.

Peter Clark is the founder of video voicemail service Vimessa who came to Y Combinator from the U.K. While he’s not entirely a stranger in a strange land, he says there are still many hurdles to overcome, not the least of which is the nightmare of dealing with immigration. However, as a foreigner, Clark says that having distinct British accent is a huge plus when talking to women.

“I spent four years operating in ridiculously under-capitalised startups in England, frankly, we can make money go a much longer way than anyone else,” says Clark.

He says that British people can be much more dour than their American counterparts, so online trolls are less likely irritate them. He also says that the talent pool for programmers and technical employees in the U.K. may be much smaller than in the U.S., but the coders can hack it (pun intended), and they’re noticeably more affordable. However, in Silicon Valley, people are willing to join risky companies where monetization may not happen for a while. And here everyone is a techie, so getting useable, lucid feedback from people on the street is a good way to improve the product.

For Clark, though, it is some of the smallest surprises he’s encountered in America that have had the biggest impact. “Frozen yogurt is the best thing ever,” he says.